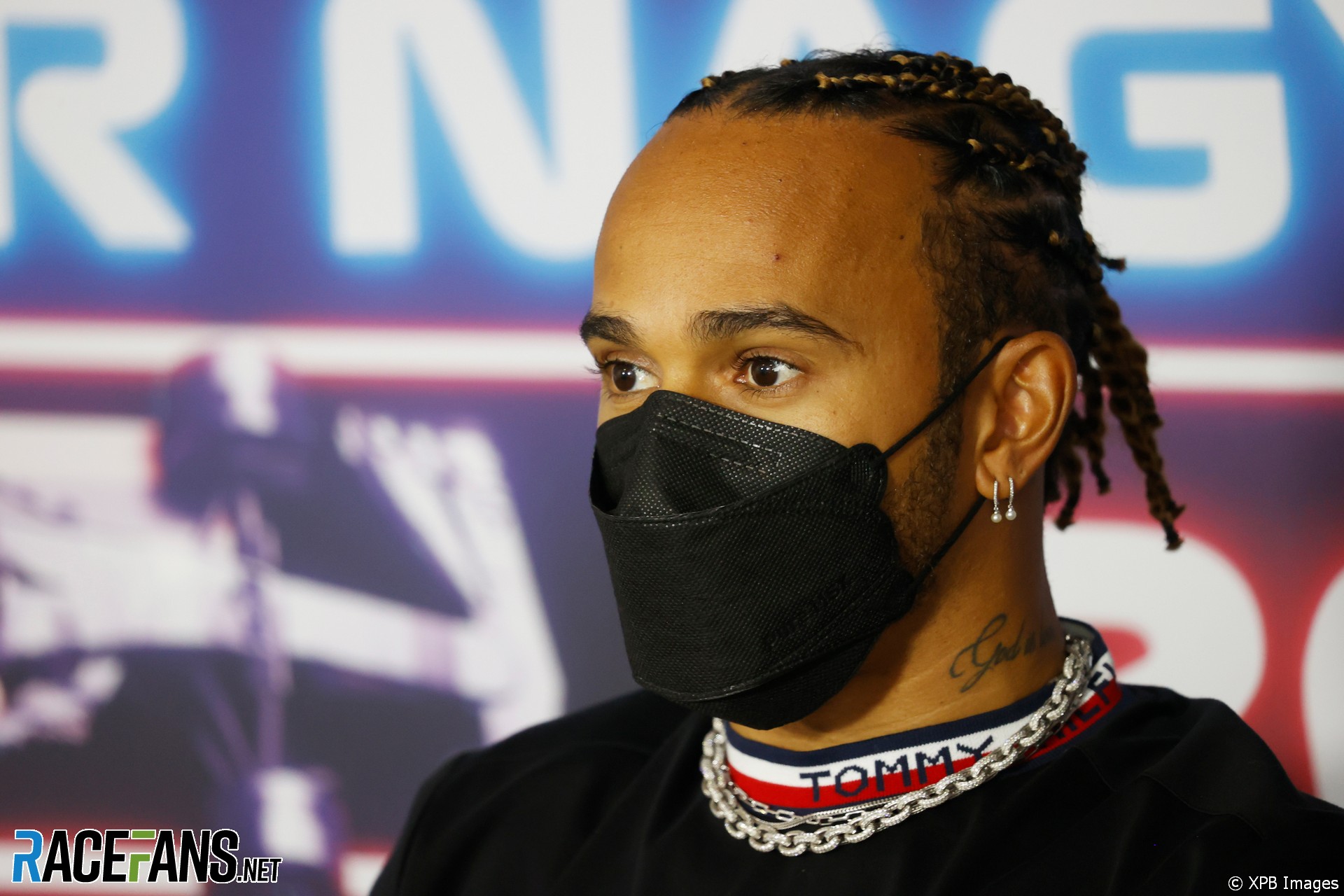 Lewis Hamilton says he would change nothing about the overtaking move he made on Max Verstappen at the British Grand Prix which led to his rival crashing out of the race.

The stewards are considering a request from Red Bull to review their decision to penalise Hamilton 10 seconds for the collision between the two championship contenders. Hamilton went on to win the race after serving the penalty.

He sees no reason to change his approach in similar circumstances. “In terms of the move I would do the move exactly the way I did it last,” Hamilton said.

“In terms of how I’ve reviewed it and analysed from all my experience – and my experience obviously with over the years speaks for a lot – I wouldn’t change it.”

The stewards ruled Hamilton was “predominantly” to blame for the contact between the pair, and also gave him two penalty points on his licence. The Mercedes driver was reluctant to expand on the approach he took when he tried to pass Verstappen on the inside of Copse corner on the first lap of the race.

“I definitely can explain, but I’m not going to explain,” said Hamilton. “I’ve been racing 20… God knows how many years. I know how to navigate through corners and overtaking manoeuvres so I won’t waste my energy trying to explain it. It’s definitely going to be difficult for people to fully understand.”

Verstappen said he was “surprised” the stewards had not held Hamilton wholly responsible for the incident.