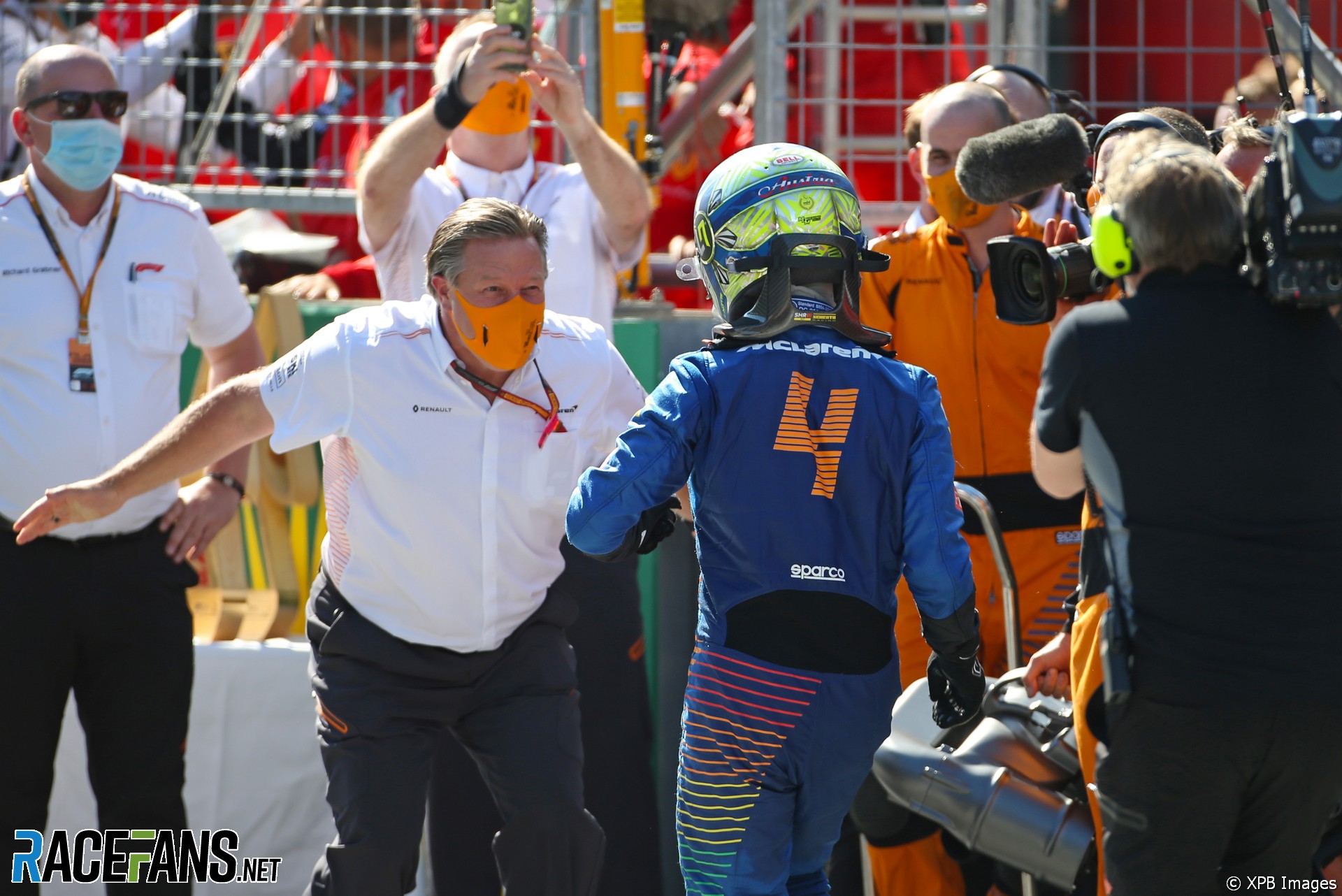 Drive To Survive’s first season was released in 2019, two years after Liberty Media’s takeover of F1. Since then the sport has reported growth in its US audience.

Following the third season, which arrived earlier this year, Brown described its impact as “huge”.

“It’s got to be the single most important impact in North America,” he said. “Almost every comment you get out of someone out of the U.S., they reference Drive to Survive.”

While a new generation of ‘DTS fans’ have been disparagingly regarded by some as having a superficial interest in the sport, Brown believes the series has also created committed followers of F1.

“It’s done such a great job not only just raising awareness, it’s turning people into avid fans,” he said. “You get kind of trend fans and you hope to put them into the ‘avid fan’ category.

He credited F1’s owners Liberty Media for bringing the sport to a new audience.

“I think that’s a great thing that Liberty did very early on, which is recognising that we have this great sport, that we’ve not looked at people into what goes on in the paddock, effectively. Because Drive to Survive is a little bit less about the on-track action and it’s a little bit more about the off-track action.

“And it’s such a fascinating sport, the politics and the personalities. I think Drive to Survive has nailed that and exposed that to the world and it seems to have really resonated in the US.”

Circuit of the Americas chairman Bobby Epstein attributed to the Netflix series‘ popularity during the last United States Grand Prix. As Formula 1 seeks to reorganise the latter stages of the championship due to the loss of the Singapore Grand Prix, Brown said the championship should strongly consider racing twice at the track.

“If it works out to where a second double-header is needed and to where the US could be one of those, I think given the rapid growth of the numbers in America now, for the growth of Formula 1, [it would be] awesome,” he said.

“I think Texas is wide open and my understanding is it’s sold out. So I think you could definitely, probably sell out again.

“I’d definitely be very supportive if we had the ability to choose and the stars align to have two races in America, I think will only continue to accelerate the momentum that US has.”