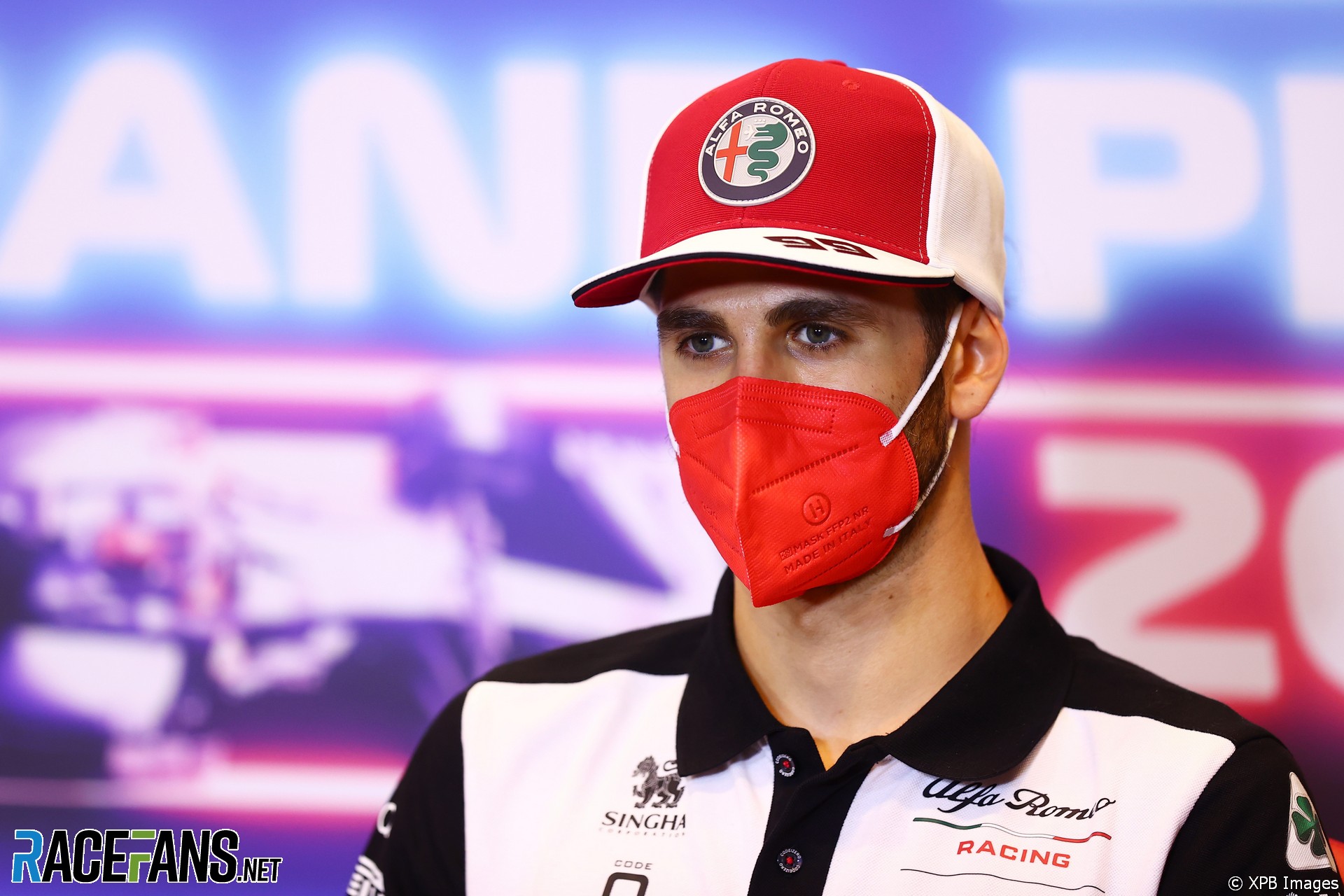 Antonio Giovinazzi is keen to extend his contract with Alfa Romeo after scoring the team’s first point of 2021 at the Monaco Grand Prix.

Speaking ahead of this weekend’s Azerbaijan Grand Prix, Giovinazzi said he’s yet to find out whether he will remain at the team for the 2022 F1 season.

“I don’t know,” he admitted. “The only things that I can do now are doing a good job, driving fast and then we’ll see what what will happen next year.”

Giovinazzi has driven for the team since 2019. “I would really, really like to to stay also next year, at my team that I’m still in,” he said.

“Staying for the third season, I know the people really well. I have a good relationship with the people inside, with Fred [Vasseur, Alfa Romeo team principal] as well.

“So we’ll see what will happen. But for now, like I say, I can just focus on myself and try to do well.”

Over the season so far Giovinazzi has compared favourable alongside experienced team mate Kimi Raikkonen, who he has regularly out-qualified. Having done little racing in the two years prior to his debut, Giovinazzi says he is feeling the benefit from being back in regular action.

“It’s my third season in Formula 1 so I’ve got more experience last year. And I think this year we have a faster car, faster power unit that we can have more fun.

“When you feel better in the car than it’s just more easy also to be on the limit, to push more. On my side, I think in the beginning of the season my target was still to improve myself compared to the first and to the second season. And I’m happy that all this work during the winter is working.

“I need to just keep working hard, try to find more [in] myself. I think I still can can improve a lot.”

Giovinazzi said his team mate has contributed to the progress he has made. “To have Kimi beside me is a big help because he’s an experienced driver, fast driver. So it’s good to have him and to learn from him. And I’m happy that all this work, like I mentioned before, is paying off.”