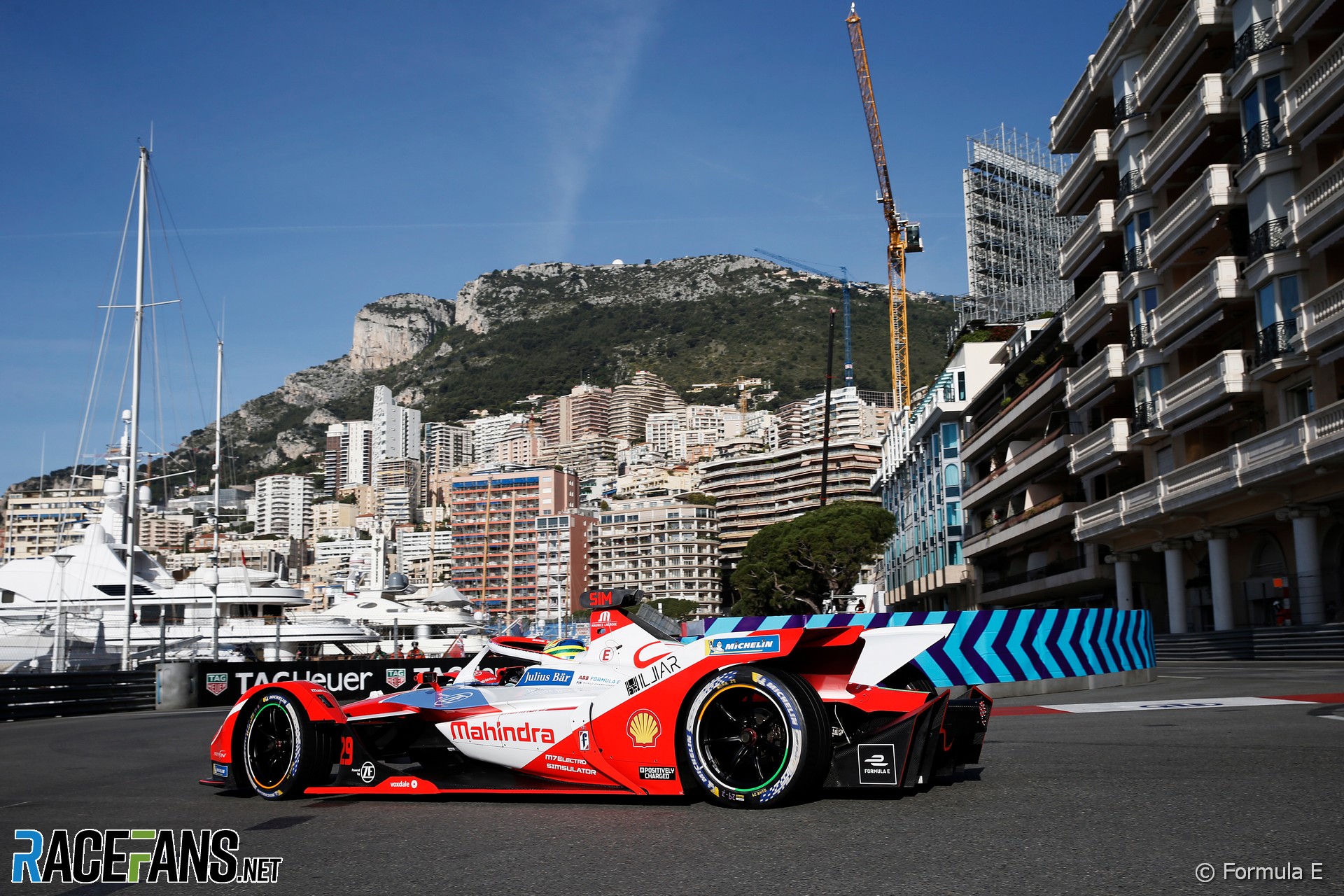 Formula 1 and Formula E may have used the full Monaco Grand Prix circuit within two weeks of each other, but Formula E CEO Jamie Reigle sees no need for the championships to consider holding joint events.

The series’ former CEO Alejandro Agag has said a merger or joint events between the two is desirable. But speaking to RaceFans at the Monaco EPrix, Reigle explained why he believes they should remain distinct.

“I can’t speak for Alejandro, but what I can say is Formula E is very special. It’s electric, it’s in cities, it has some of the most well-known, strongest manufacturers.

Reigle took the reins at Formula E in January 2020, in what proved a trying period for the city-based championship. “What I’ve been trying to do for the last 12 months is really focus our messaging around that commitment to cities, a balance of the racing and the reason,” he explained.

“It’s a sport, but there is a broader purpose here in terms of what we’re trying to achieve, in terms of showcasing the future of sport and sustainability. We’re a platform for our teams and manufacturers to showcase the best technology and that interplay [with] human endeavour. That’s really important that we can do that.

“If we do that and stay focussed on those points of differentiation, I think we’ll be successful.”

However Reigle admitted there was a potential case for racing on tracks built for both series, as it has done in Monaco and Mexico. “When you look at whether we should race in parallel or alongside Formula 1: there’s an efficiency argument around that, right? There’s a track already built, for example, so there’s a cost efficiency point.

“There’s an alignment with, perhaps, some of the manufacturers having some exposure to a broader audience. But in my view, Formula E is special because of those points of distinction. And we should double down on those and really lean into them. And if we continue to do that, we’ll be in great shape.”

Running joint events with F1 is not part of Reigle’s vision for his series. “I wouldn’t see it as part of a strategy or a direction we’re necessarily looking to take,” he said.

“My view has always been: If we can develop Formula E in a way that means that it’s really competitive race, it’s a really compelling sporting spectacle, there’s plenty of room for both Formula E and Formula 1.

Despite F1’s considerably greater reach, Reigle is sceptical of any marketing gain from sharing their platforms. “Our job is to grow our fan base and if a Formula 1 fan comes over because he or she loves the racing and loves the distinctive product, I think that’s that’s a good thing.

“I don’t think we need to be at a Formula 1 track to do that, though.”