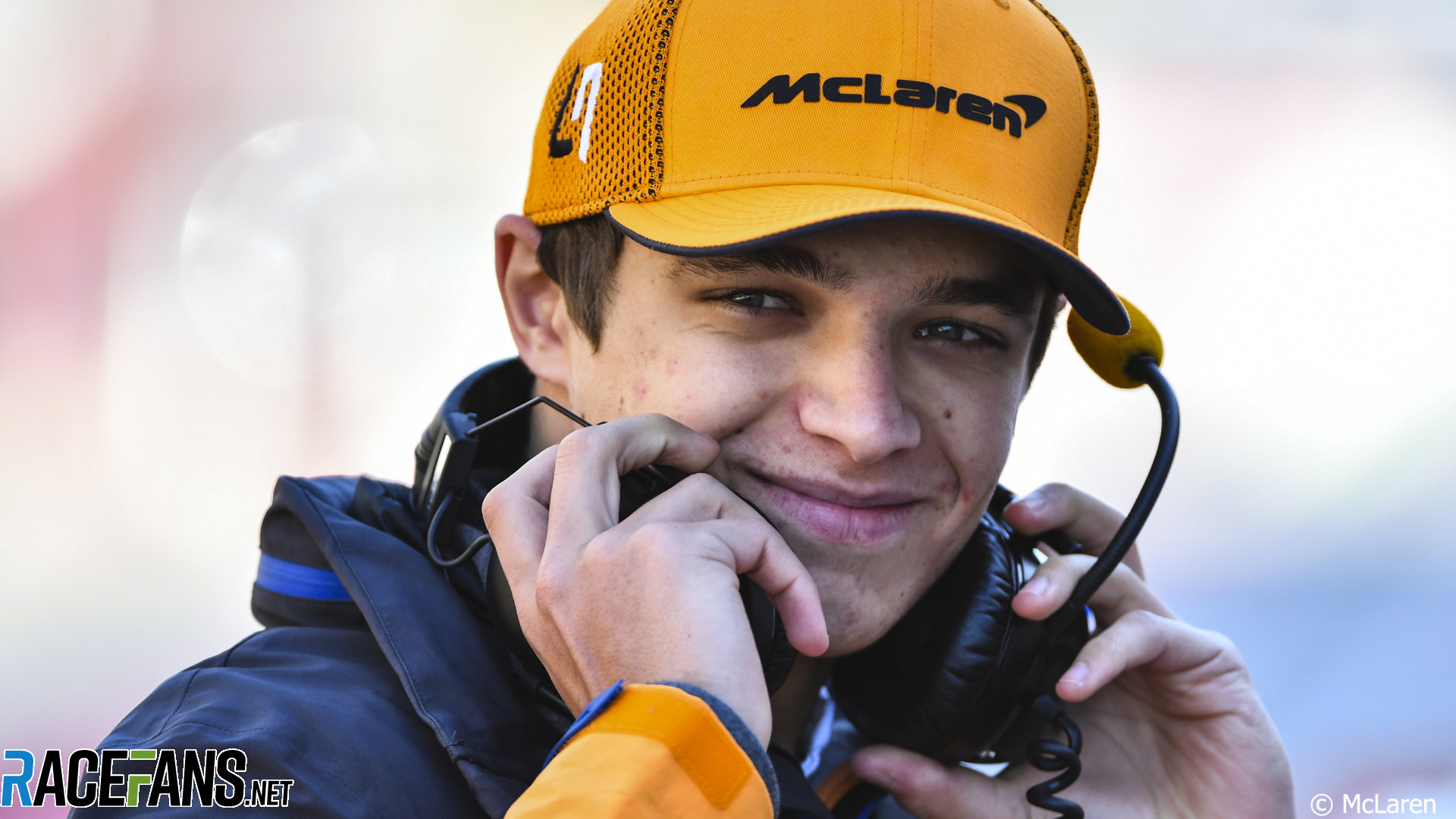 After the penultimate races of the season in Bahrain, it seemed a campaign which had begun so brightly for Lando Norris was reaching a disappointing conclusion. But just one week later he produced one of his best weekends of the year, which was more typical of the quality he’d shown since the season began.

In retrospect, his excellent start to the championship in Austria set a benchmark he was also going to struggle to replicate in a car which was, on average, the fourth-quickest at best last year. Third on the grid and third in the race – both aided by penalties for Lewis Hamilton – were the best results yet in F1 for a driver who showed abundant potential in junior categories.

Norris developed a short-lived reputation for last-lap heroics at the start of the year. A flying final lap in the season opener brought him within range of Hamilton to earn that podium, and next time out he passed the wounded Sergio Perez at the very last corner for fifth place.

Nonetheless as the season reached its halfway point at Mugello, Norris had only failed to score once and held a remarkable fourth place in the standings. However a trio of no-scores left him on course to finish in the lower end of the championship top 10.

The poor spell began in Russia, where he collected damage while avoiding his team mate’s first-lap crash and sunk to 15th. He was on course for sixth at the Nurburgring when a power unit failure put him out – his only technical retirement of the year.

Norris was out of luck in Portugal, too. Having lost ground at the start in a number of earlier races, notably Hungary and Spain, this time he made an excellent start at the damp and slippery Algarve, climbing from eighth to fourth. However he soon came under attack from quicker cars, and his race was ruined when Lance Stroll knocked him into a spin.

He ended his point-less run next time out, but by now McLaren were finding the midfield fight tough going, and he took only eighth places behind Sainz in Imola and Istanbul. After a strong fourth in the first of Bahrain’s two races, Norris could only manage 10th in the Sakhir Grand Prix after a power unit change left him on the back row of the grid.

He ended the year on a high, however, qualifying and finishing ‘best of the rest’ in Abu Dhabi. He also edged Sainz 9-8 in another close qualifying battle between the pair, underlining the consistent progress he has made as a driver since his debut in 2019.