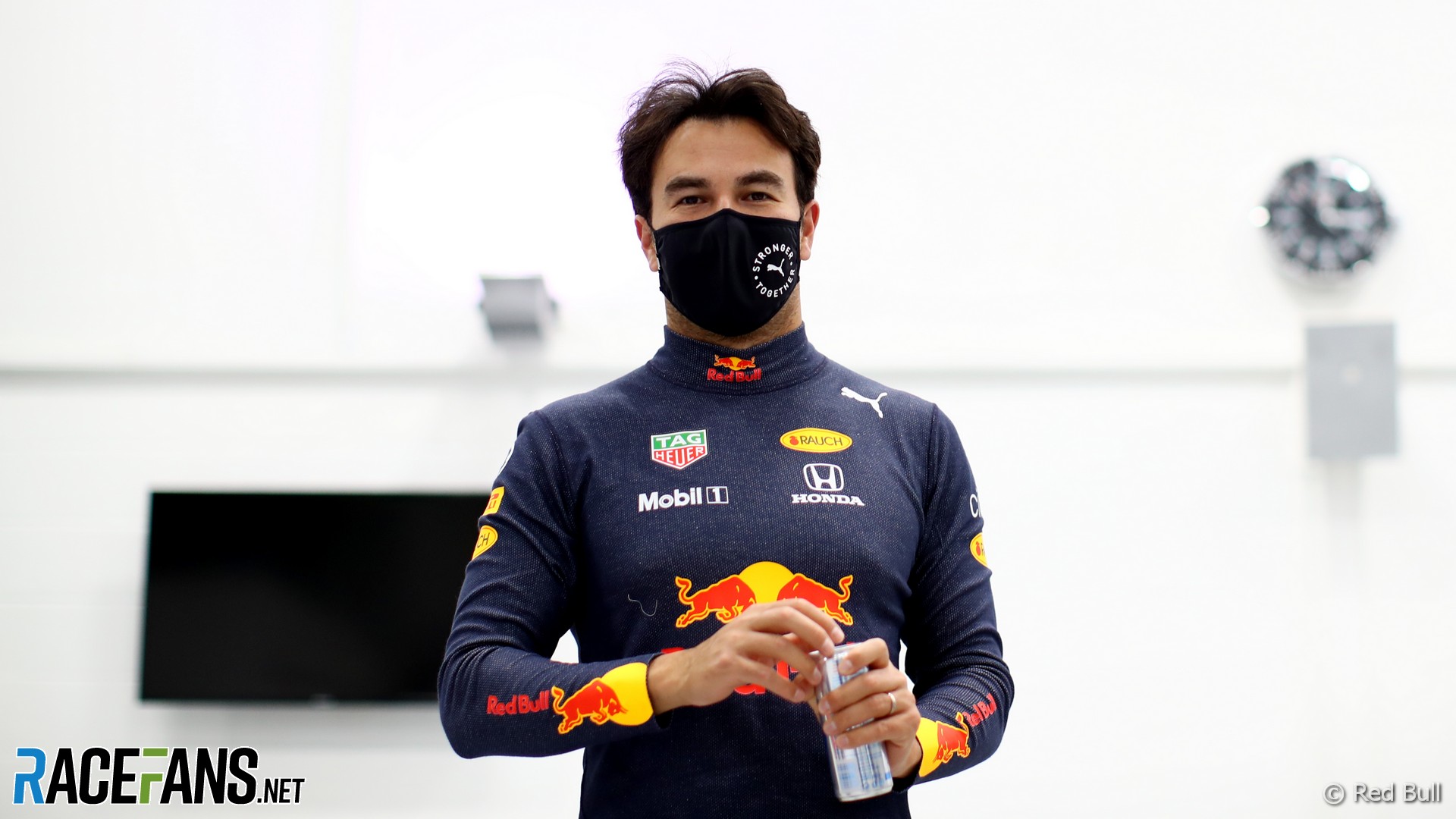 Sergio Perez says he spent his whole career waiting for a top team opportunity in F1, which he has now achieved by joining Red Bull.

Perez was announced Red Bull’s new driver for the 2021 F1 season, replacing Alexander Albon, at the end of last year.

“It felt great,” said Perez this week, following his arrival at the team. “I was waiting all my career to get an opportunity with a top team, it finally came and I think it came at the right moment for me.”

Perez arrived in F1 with Sauber in 2011, spent a year with McLaren in 2013, then joined Force India. He remained at the latter, which became Racing Point in 2019, before being replaced. He will partner Max Verstappen at Red Bull.

“I’m so much looking forward to to make it work, to work with the engineers, with Max, to push the team forward,” said Perez. “It’s a great challenge for me and I can’t wait to get on track with the team.

“And my family are very happy, they’re very enthusiastic about this new project that we are about to have. I have full support from from them and I’m looking forward to giving them a lot of happiness and put that Red Bull car on top.

Perez said joining a team as large as Red Bull showed the scale of difference between the top teams and the midfield. “It’s amazing to be part of the Red Bull family,” he remarked. “When you come here, you realise straight away why they’ve been so successful, the amount of infrastructure they have, development and people, they have very capable people here.

“So it’s in a way very different to the teams that I’ve worked for. The organisation is tremendously high, a lot of people and the resources that you see here are very impressive. I can’t wait to get on track with with my group of people.

“Obviously, I’d been seven years with a team so it feels different,” he explained, “It’s like a dog finding a new family, and being with a family for so many years, you are used to seeing them and then all of the sudden you’re changing. But I have to say, I’m starting to feel very comfortable here. And it’s a fantastic team, very united and I can see that there’s a lot of fun ahead of us.”

The Sakhir Grand Prix winner believes he can offer valuable expertise to the team, which last won a world championship in 2013.

“I can bring a lot of experience, knowledge,” said Perez. “I’ve been in the sport, in different teams, in different eras and I think I know what I need from myself.

“But I also feel that I can push the team forward in certain areas, just by talking to the team and I think we know the direction. Obviously, I have to wait and drive the car, but there’s already some good ideas that we we’ve been sharing with the team that hopefully we can make some performance on track.”