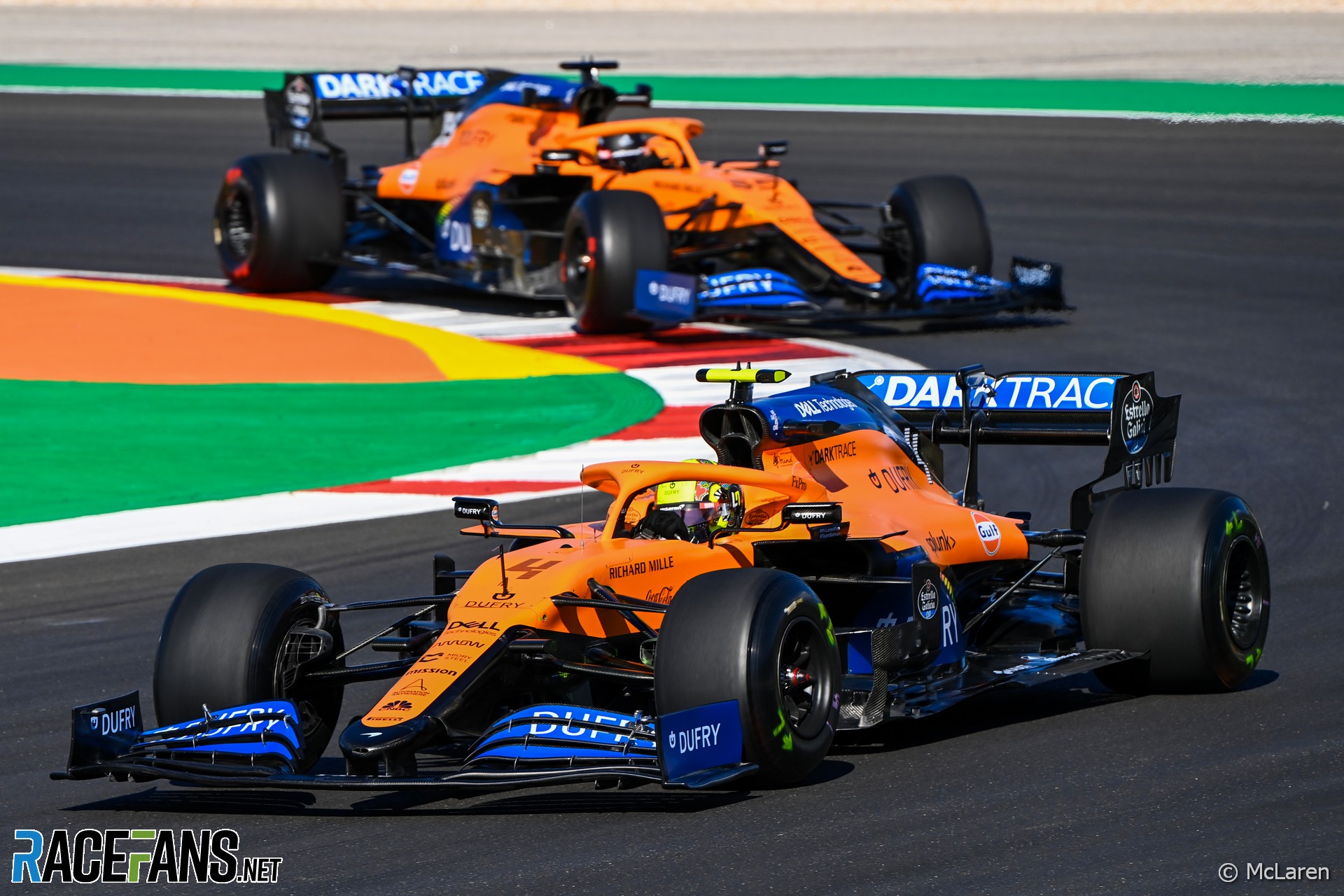 For proof that you can have two team mates who are a close match in performance yet also get on well with each other, look no further than Carlos Sainz Jnr and Lando Norris.

In his second season as a Formula 1 driver, Norris was a closer match for his more experienced team mate. They performed at a consistently strong level over the course of the year, enough for the team to beat Racing Point to third in the constructors championship despite the MCL35 not being the third-quickest car on average.

Compared to last year, Norris contributed a greater chunk of the team’s points and led his team mate home more regularly. Sainz still had a slight edge on race performances, while Norris narrowly won the qualifying battle. This was about as close as team mates get.

McLaren’s reliability was generally improved compared to last year, though both lost points to occasional problems. Sainz’s season consisted of 16 races thanks to a power unit problem which prevented him from start at Spa.

With two drivers this closely-matched, McLaren must be regretting Sainz’s decision to join Ferrari next year. However, in Daniel Ricciardo they can expect a replacement who is every bit as competitive.

Positive gap: Lando Norris was ahead; Negative gap: Carlos Sainz Jnr was ahead