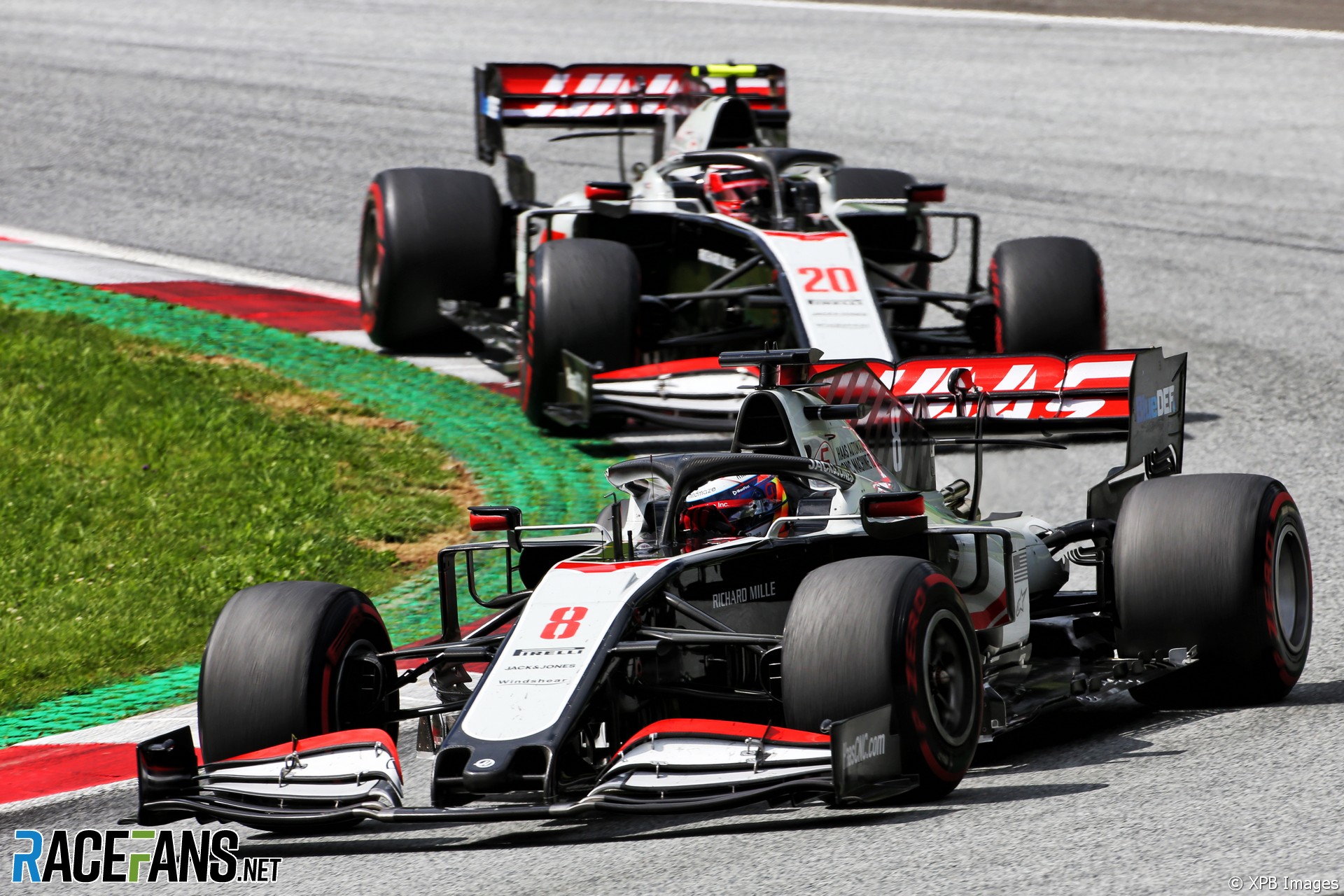 In their final season together as team mates, the contest for supremacy between Romain Grosjean and Kevin Magnussen didn’t matter a great deal in the end.

Long before the season was over Haas confirmed neither driver would be retained for the 2021 F1 season, but did not immediately reveal who would replace either. The implication was clear. Facing serious financial pressures – “there was a big chance that we are not here anymore”, team principal Guenther Steiner later admitted – the team had taken the tough decision to cut its experienced driver line-up in favour of a more economically advantageous pairing.

The disappearances of Grosjean and Magnussen from the grid are therefore no reflection on the job they did. Nor is their meagre end-of-year points haul in a car which had next to no development all season.

Sadly, Grosjean’s campaign was cut short with two races to go due to the burns he suffered in his appalling Bahrain crash. Paying tribute to his team mate of the past four seasons, Magnussen identified Grosjean’s “incredible” one-lap speed as his clear strength.

He must therefore have been pleased to end their curtailed partnership 7-7 in the qualifying battle. On average Magnussen was under two-hundredths of a second slower than Grosjean, ignoring the outlier that was Turkey, and narrowed the gap to his team mate over the course of the season.

Magnussen was tended to be the sharper of the two on race day, thanks partly to some excellent starts, and his VF-20 was usually ahead of the other. This didn’t always get the reward it deserved, notably in Turkey, where a disastrous pit stop cost him an outside chance of adding to the single point he scored in Hungary.

In some respects this year was much like last season for Haas’s drivers in that they were closely matched and had too few opportunities to show what they were capable of. But it differed in one important respect: They managed not to crash into each other. Given the tough season Haas had, that was some small relief.