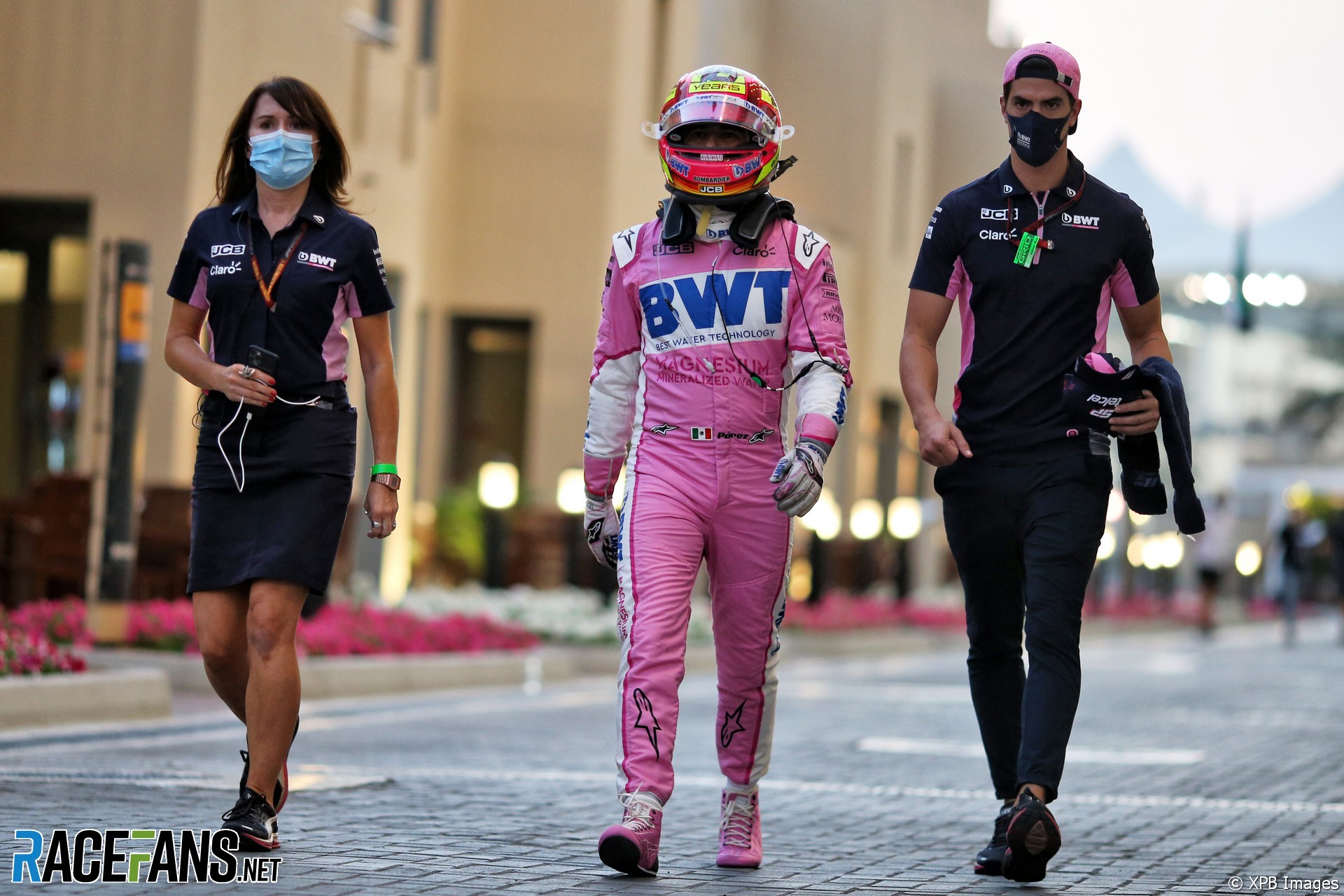 Sergio Perez said he had to comfort some members of his Racing Point team who cried after he suffered his second retirement in three races yesterday.

A power unit problem sidelined the Racing Point driver eight laps into yesterday’s race. It proved the beginning of the end of the team’s hopes of beating McLaren to third place in the constructors championship.

Perez retired from third place two weeks ago in the Bahrain Grand Prix, then scored a shock win at the next race which helped elevate Racing Point to third in the standings. The team replaced his power unit for this weekend’s race, incurring a grid penalty which left him 19th on the grid.

From there he had climbed to 14th when his power unit apparently failed on lap nine. “I lost the fucking engine again,” he told his team as he pulled to a stop. “I am off. I have no power.”

“It’s a bit sad leaving the team this way,” Perez admitted after the race in an interview with Sky. “But I told my boys, some of them were crying during the end, so I told them you just have to remember what happened last weekend, what happened in the entire season.”

His two retirements in the last three races followed a series of setbacks earlier in the year. Perez missed the British and 70th Anniversary grands prix after testing positive for Covid-19.

“It wasn’t an easy year for us,” he said. “We still managed to finish fourth in the drivers championship. We missed two races with Covid. Reliability issues hit us really hard this season.

“In the end, it’s a shame that we just missed out in third in the constructors championship. I think well done to McLaren, they really deserved that, they’ve done a tremendous job with the car that they have. The drivers have delivered weekend after weekend so well done to them.”

Perez is waiting to learn whether yesterday’s race will be his last in Formula 1. Racing Point, which will become Aston Martin next year, has appointed Sebastian Vettel to replace him next year.

However Perez has a chance to remain in F1 with Red Bull, who are considering hiring him to replace Alexander Albon. “Until they announce the driver line-up, all the teams, I still have a chance, a hope,” he said. “Who knows what will happen next.”