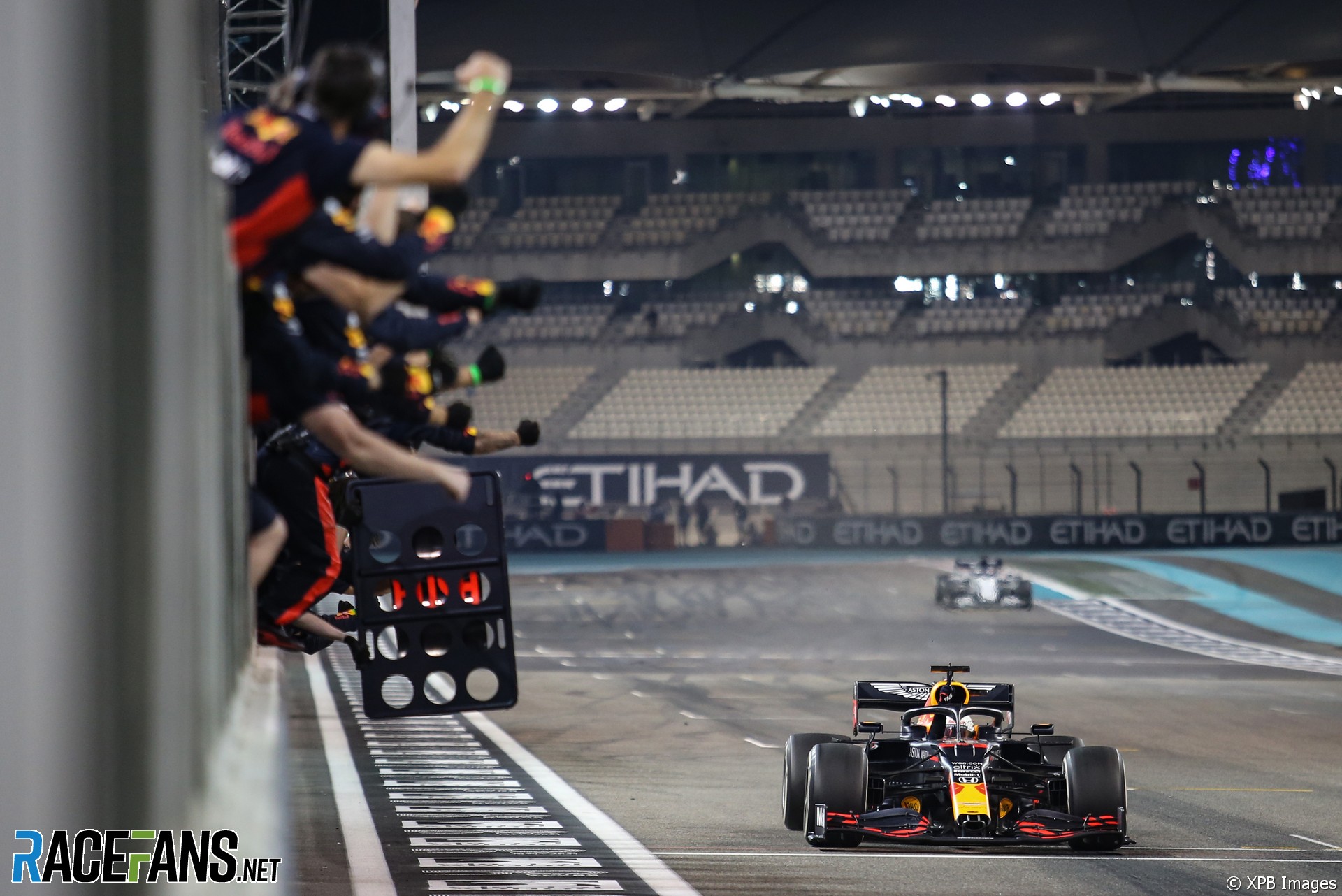 Max Verstappen says that Red Bull did “everything right” after he dominated the Abu Dhabi Grand Prix to take his second victory of the season.

Verstappen led every lap of the race from pole position and never looked under threat from the pursuing Mercedes of Valtteri Bottas and Lewis Hamilton during the 55 lap event.

“It was really enjoyable,” said Verstappen. “It was already enjoyable after yesterday.

“Today we had a good start and from then on of course you look after the tyres. But the car had really good balance. We did basically everything right.”

After starting 13 of this year’s 17 races from either second or third on the grid, Verstappen took his first pole position this weekend. The Red Bull driver said starting from the front gave him a significant advantage over the Mercedes.

“I think once you start up front you can control the pace a bit more and it makes your life a bit easier,” Verstappen said.

Red Bull took advantage of the early Safety Car caused by Sergio Perez’s retirement to pit onto the hard tyres for a long second stint. Although Verstappen raised concerns over whether his tyres would last the 44 laps to the end of the race, he was able to manage both his tyres and the gap to Bottas behind over the lengthy stint.

“I saw that they were dropping off behind me so then I could take it a bit easier,” Verstappen explained.

“Of course I had to go through a bit of traffic and backmarkers, but overall it was just a very strong race I think for the team.”

5 comments on “Verstappen: Red Bull “did everything right” in dominant win”