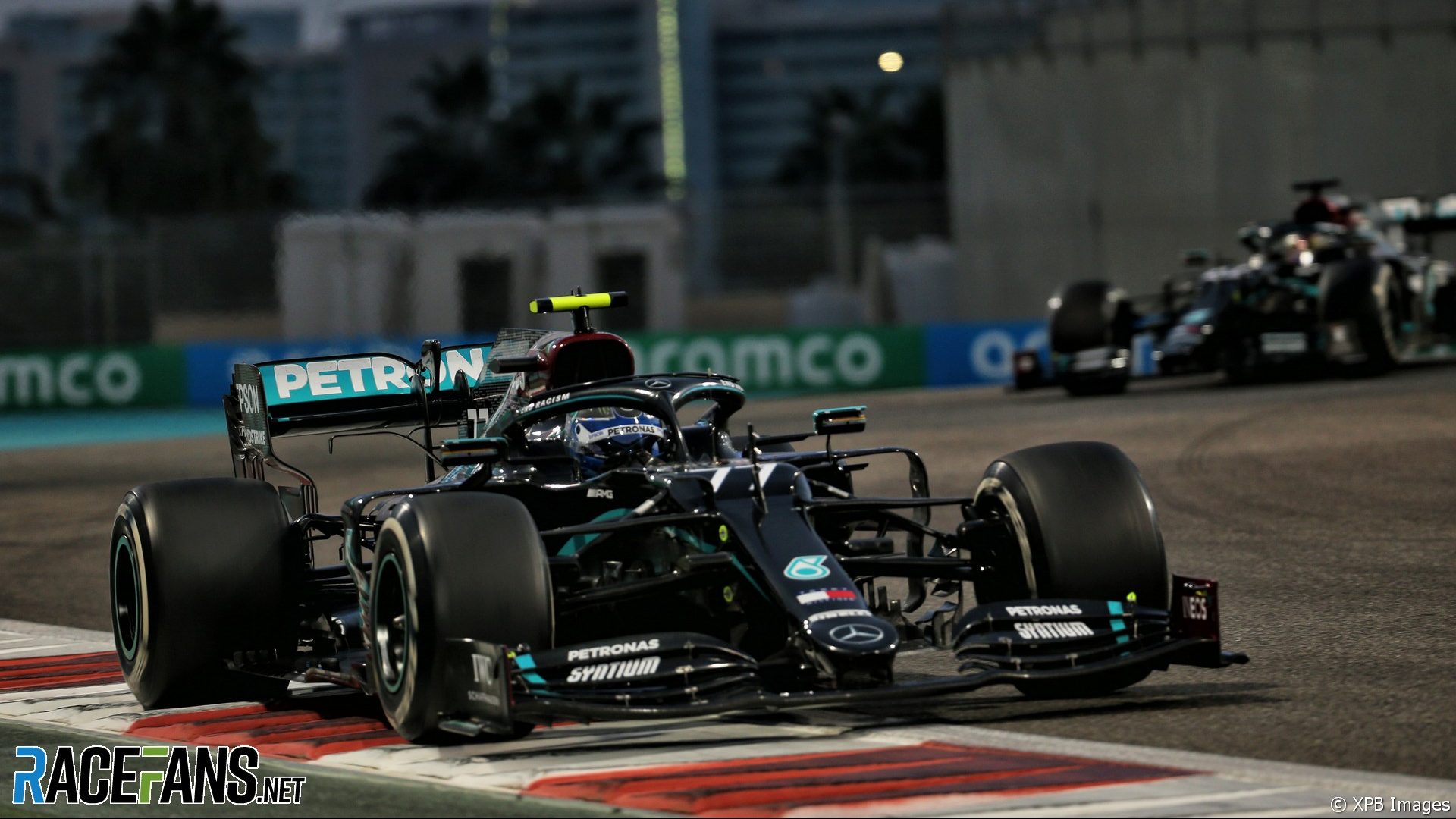 Mercedes have confirmed concerns over reliability led them to reduce the strain on their power units during the Abu Dhabi Grand Prix.

The team’s head of trackside operations Andrew Shovlin said the effect on their cars’ performance was minor, and their drivers would not necessarily have noticed it. Both Lewis Hamilton and Valtteri Bottas said after the race they were not aware whether their engines had been “turned down”.

Shovlin said the steps were taken in response to recent MGU-K failures on Mercedes power units. Sergio Perez retired late in the Bahrain Grand Prix with such a problem and dropped out early in today’s race with a fault which also appeared to be related to the MGU-K.

However Shovlin admitted Mercedes did not fully understand the problem they were facing and therefore could only take broad measures to prevent it recurring.

“It’s not fully understood yet but there have been failures related to the K on Mercedes engines in the last couple of events,” he said. “I would say that rather than being acutely aware of a specific problem, we are operating the power unit in a way that’s as conservative as we can be in order to try and avoid a problem.

“When you don’t understand exactly the string of issues all you can do is just be a bit cautious. So during the race we were trying to reduce the duty marginally.

“The drivers wouldn’t have necessarily been aware of it. It was just something we were trying to manage in the background.”

However Shovlin doubts the team’s problem with its engines made the difference in its fight for victory with Red Bull.

“[It was] small, not an amount that’s going to determine the race result. You’re talking significantly less than a tenth of a second [per lap] so not the difference between first and second.”