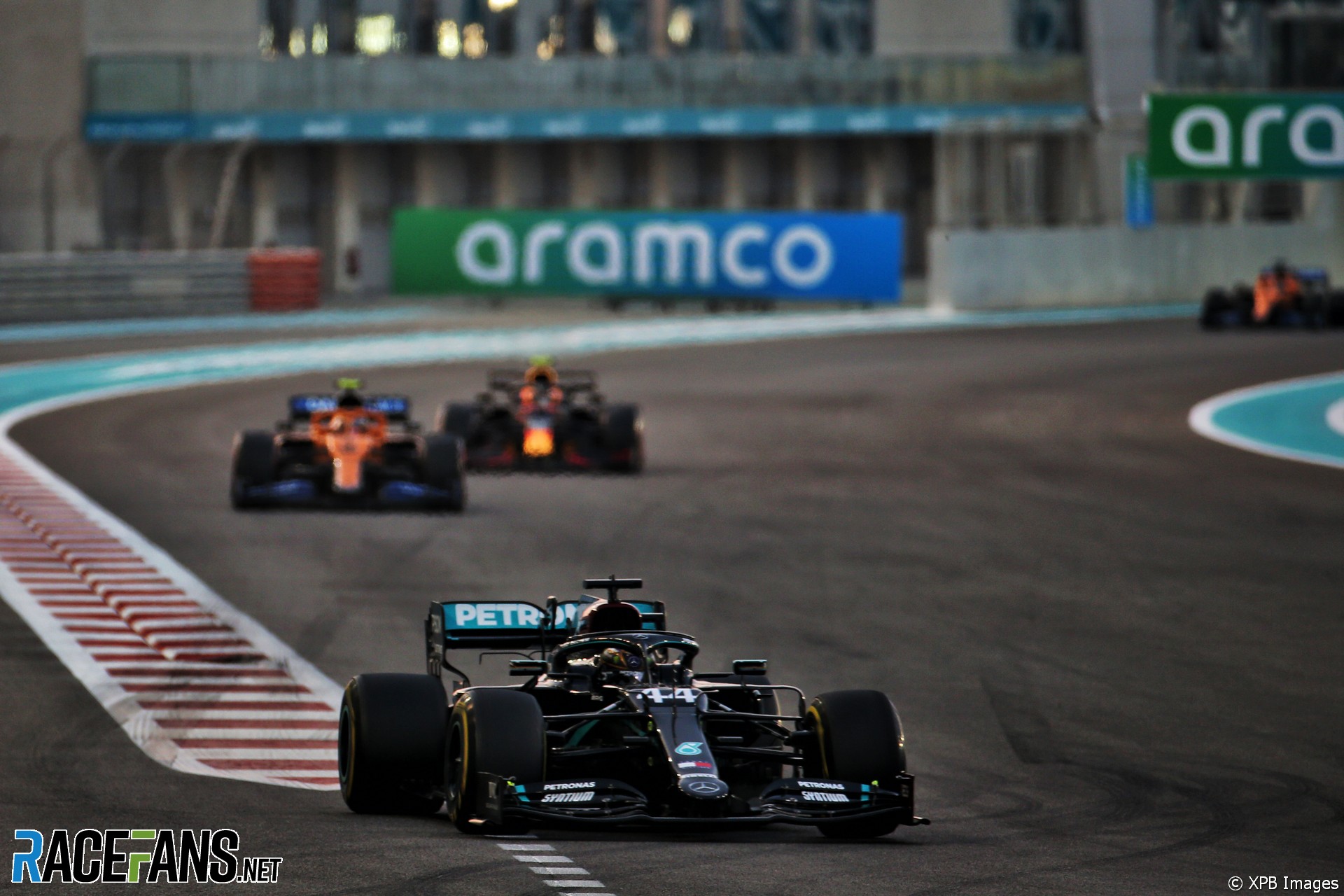 Lewis Hamilton said he is relieved to have survived his bout of Covid-19 after returning to take third place in the Abu Dhabi Grand Prix.

The Mercedes driver said he was pleased with his performance despite qualifying and finishing behind team mate Valtteri Bottas.

“Considering the past couple of weeks I’ve had I’m really genuinely happy with the weekend,” said Hamilton. “It’s obviously not 100% as good as I actually would like.”

Hamilton, who said on Friday he hadn’t returned to full fitness since testing negative for Covid-19, described the grand prix as “a really hard race for me physically”.

“All year physically I’ve been fine but today I definitely wasn’t,” he said. “I’m just glad it’s over. Big thanks to the team for their continued support. It’s still a fantastic result to get two podium finishes for us.”

He admitted he did not expect he would be able to return for this weekend’s race after missing the Sakhir Grand Prix.

“Physically, massively. I don’t think I’ve ever been so blown,” he said. “My body’s not feeling pretty good.

“I look on the bright side, I made it through. I didn’t think any time last week that I’d be here and so I’m just really, really grateful for my health and to be alive.

“I’m looking forward to recovering over the next period of time we have and getting back into training and getting my body back to where I know it should be.”