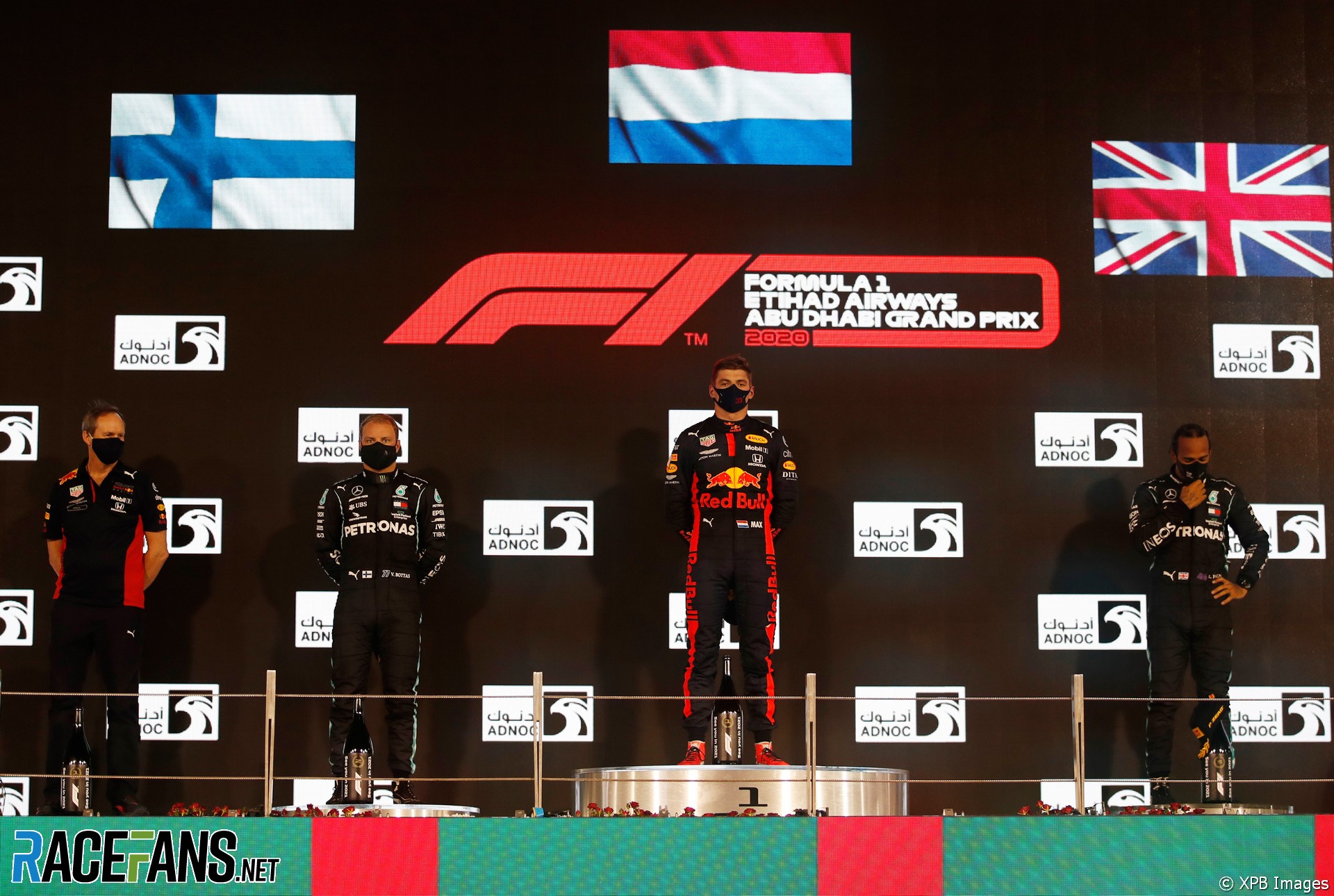 Mercedes team principal Toto Wolff says Lewis Hamilton would not have won the Abu Dhabi Grand Prix even if he had been fully fit.

Hamilton was back in the cockpit this weekend for the first time since he contracted Covid-19, which kept him out of the Sakhir Grand Prix. He admitted after the race it had been a “massive” physical challenge.

Both Mercedes drivers qualified and finished behind Max Verstappen, who won the race by 15 seconds. However Wolff does not believe Hamilton, who spent the race behind team mate Valtteri Bottas, would have been able to win even if he had been at full strength.

“The answer is no because – of course he wasn’t 100% and that’s always negative – but Red Bull, both cars were simply quicker than us this whole weekend. We never quite got it right.”

Wolff described the result as a “slap on the wrist” for Mercedes.

“Everybody has weaknesses and we weren’t on our ‘A-game’ this weekend,” he said. “That’s simply a fact, and Red Bull won fair and square.

“You can see that also Albon had a very good race. They had a very good race car and it shows that when their car is in the right place, both drivers [can] do really good job. Probably Albon’s pace was quicker than ours at the end so it could have ended even worse for us.”

Hamilton said Verstappen’s performance reflected the “true pace” of the Red Bull, and dismissed suggestions Mercedes had turned down their engines at the final race due to reliability concerns.

“It was the best I could do,” said Hamilton. “Congrats to Max, it’s a great result. Great drive from him all weekend and a great showing. Clearly Red Bull has a solid car.

“As far as I’m aware, we haven’t had any changes to our engine, so I think it’s just true pace from them rather than us taking a step back. They’ve worked so hard also through the year so congrats to him and his team.”