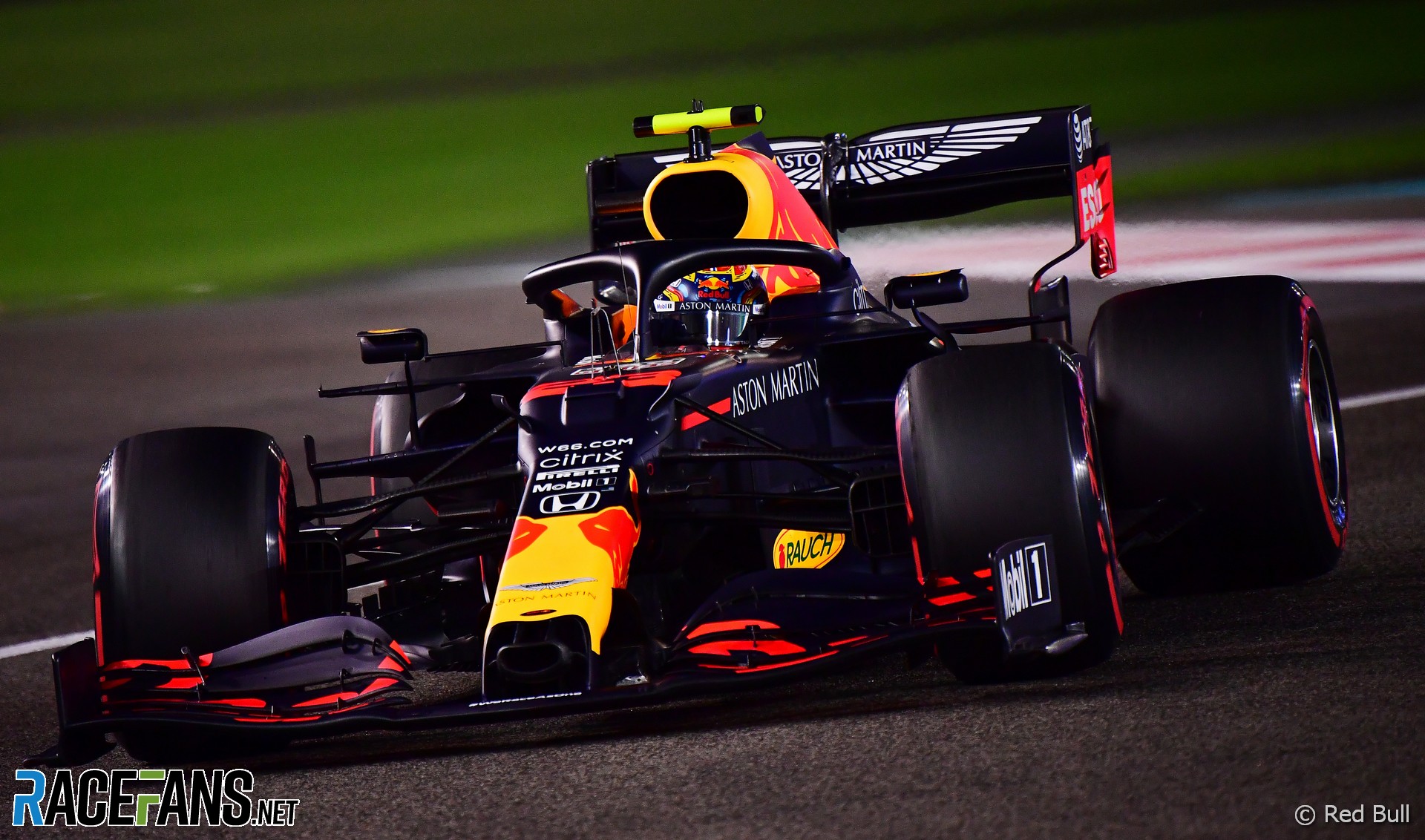 Alexander Albon says he can feel proud of the way he has ended his 2020 campaign amid uncertainty over whether he will race in F1 next year.

The Red Bull driver’s future remains unclear as the team is yet to confirm who will partner Max Verstappen in 2021.

Albon, who has found this year’s Red Bull a difficult car to drive, ended the season with less than half his team mate’s points haul. However he said he has made progress in recent races and was pleased with his drive in the final round at Yas Marina after finishing fourth, chasing Lewis Hamilton over the final laps.

“I feel like it’s been my best weekend in terms of performance,” he said. “I [had] a lot of support from the guys at the factory and here and we didn’t give up. We kept trying to find solutions and getting me more comfortable with the car.

“It is a tricky car to drive. But to keep pushing and to have my best result, obviously under all the pressures of the weekend and everything going on, I’m proud of myself and I feel like it was a good closing end to the year.

“Obviously, it’s not mine to say, really. But of course I feel like I’ve done everything and I’ll leave it in the hands of others to decide.”

Red Bull team principal Christian Horner said the team will decide in the near future whether Albon will be retained. “We’ve always said that we’ll go to the end of the year and then make our decision at the end of the season,” he said.

“Alex had probably his strongest race weekend, actually, this weekend, which is encouraging for him. But we now have a full picture of the season. And we’ll make that decision in the coming days.”

Horner said Albon’s drive at Yas Marina, where he ran in the top four with his team mate and the two Mercedes drivers, was the kind of performance the team expect from him.

“It’s certainly what we were expecting to see because [that’s] the only way that you could put Mercedes under pressure. If, for example, they had split their strategy, we could have been very exposed,” he said.

“Certainly at the end of the race Alex was able to close on them. He obviously lost a bit of ground at the beginning of the stint after the Safety Car, once they all changed onto effective the same strategy to the end of the race. But I think Alex has driven a good race and he’s had a solid weekend.”