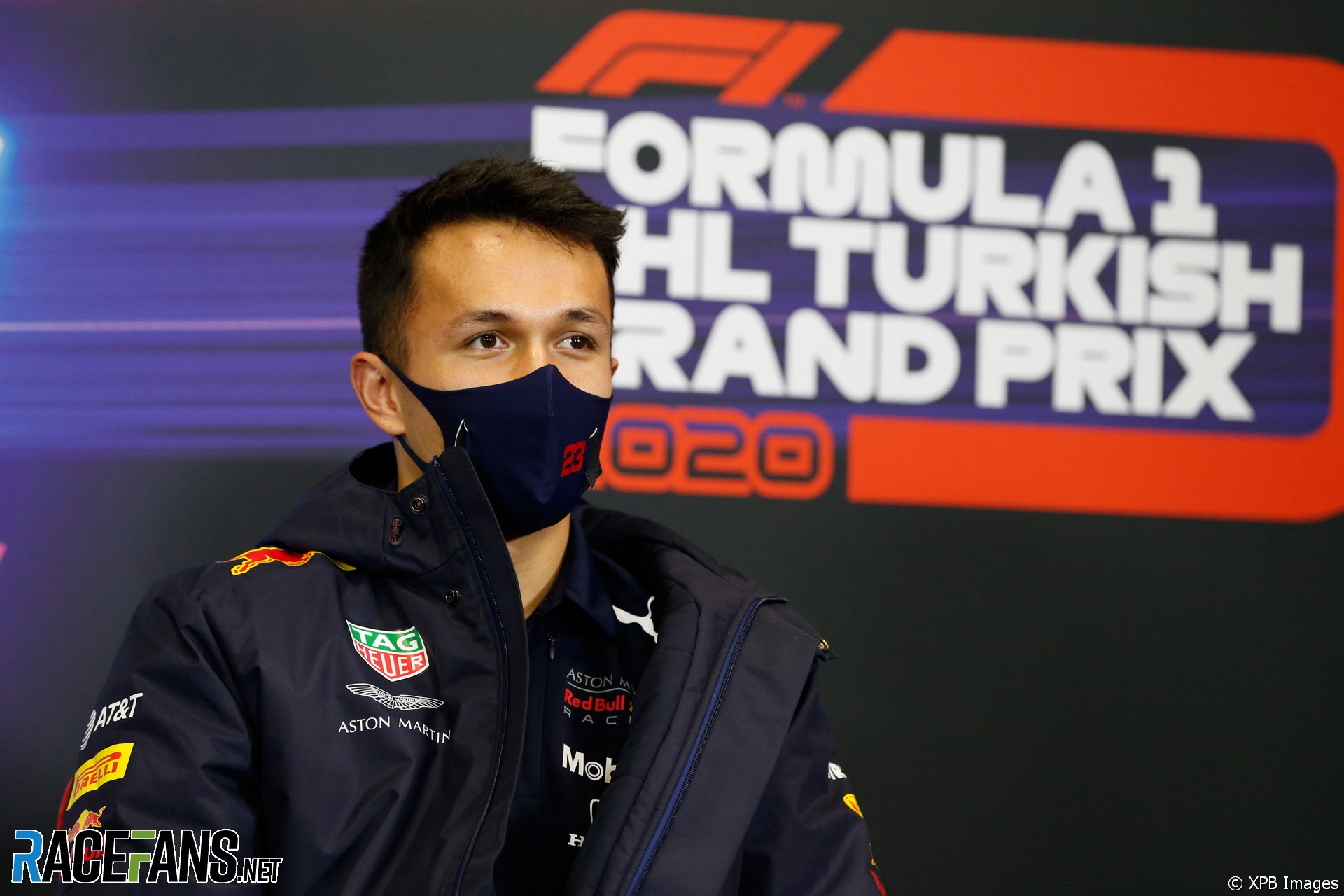 Red Bull may postpone its decision on who will be Max Verstappen’s team mate next year until after the season finale at Yas Marina in December.

The team is weighing up whether to replace Alexander Albon in its line-up for the 2021 F1 season. Sergio Perez, who will be dropped by Racing Point at the end of the year, and Nico Hulkenberg are among the alternatives believed to be under consideration.

Team principal Christian Horner had previously indicated they would consider their options following last two back-to-back races at Algarve and Imola. However Horner said today that as no front-running places are likely to become available for next year, the team can afford to give Albon longer to show he deserves to stay.

“As I’ve said all along, we want to see Alex lay claim to that seat,” Horner explained. “And I think the difference is that the alternatives that we have, all the seats are full in Formula 1.

“So that buys us a little bit of time to make the most informed decision that we can and of course give Alex as much time as we possibly can, as much support as we can and see what happens over the remaining the remaining three or four races.”

Red Bull do not need to finalise their plans before the last race in Abu Dhabi on December 13th, said Horner.

“We’re not putting any particular timescale on it. Alex’s contract allows us to make that decision after the season. Obviously we’re well aware of what the other options are.

“As I say, all the other seats are committed now and Formula 1 apart from Mercedes – and I doubt that Lewis [Hamilton] will be joining us next season, but you never know.”