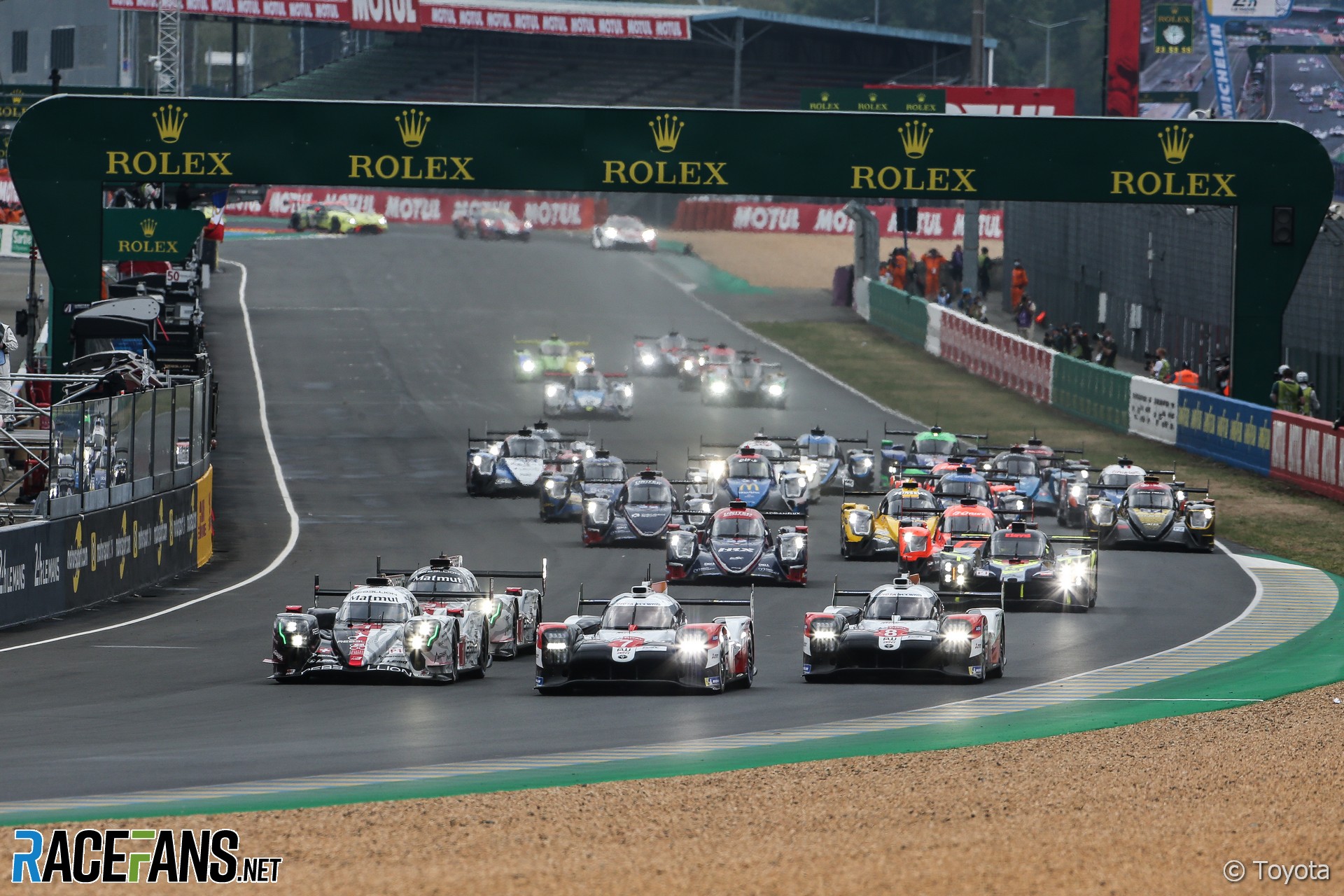 Toyota took a widely-expected third consecutive victory at the Le Mans 24 Hours, though a setback for one of their cars prevented the Japanese manufacturer sweeping the top two places.

Former Formula 1 drivers Sebastien Buemi, Kazuki Nakajima and Brendon Hartley shared the winning number eight TS050, which covered 387 laps of a strangely empty Circuit de la Sarthe, Covid-19 preventing the race being open to spectators. Facing no manufacturer opponents for the third year in a row, the Toyotas realistically only had themselves to beat.

The sister number seven car of Mike Conway, Kamui Kobayashi and Jose Maria Lopez had started the race from pole position 24 hours earlier. But having pulled ahead early on as their team mates suffered brake problems, a turbo problem sent the pole-winners into the pits for half an hour, leaving them several laps adrift.

The opened the door for the Rebellion car of Bruno Senna, Norman Nato and Gustavo Menezes – the latter having driven a superb qualifying lap to split the Toyota on the grid – to take second place. The number seven car completed the podium, followed by the second Rebellion of Romain Dumas, Nathanael Berthon and Formula 2 driver Louis Deletraz.

In the final Le Mans for the LMP1 class, the only other entry in the top category dropped out of the race early on. A rear wing failure on Bruno Spengler’s ByKolles entry sent him into the barriers, bringing an early end to the race for the car he shared with Oliver Webb and Tom Dillmann.