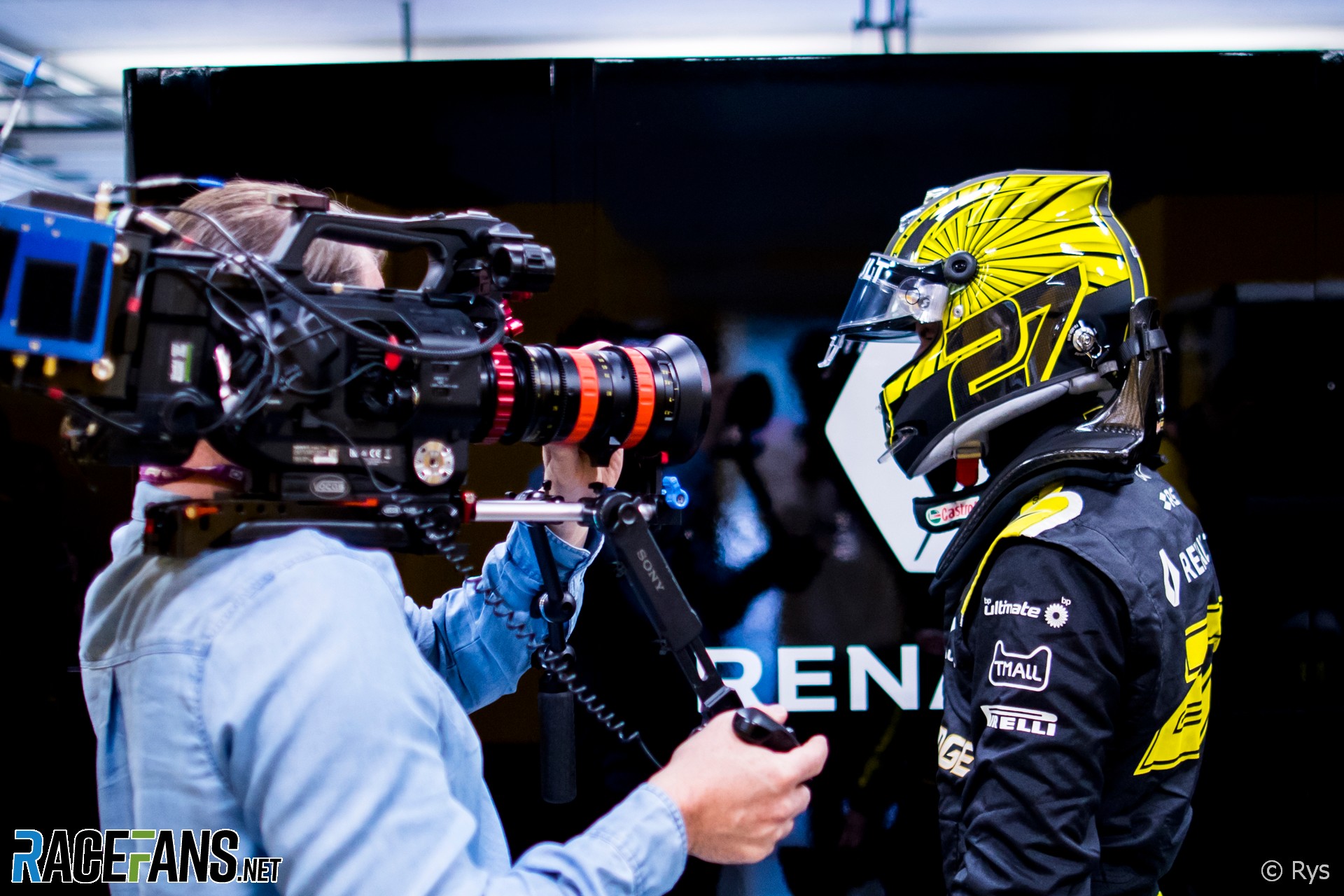 A third season of the Formula 1-endorsed Netflix series ‘Drive to Survive’ is in production, the championship has confirmed.

As RaceFans revealed last month Netflix crews accompanied some teams to the opening races of the 2020 F1 season. These have been scaled back in size due to the restrictions being enforced in response to the Covid-19 pandemic.

“Following on the strong results of the first two seasons of the Netflix show Drive to Survive the film crews are already at work filming the third season,” Formula 1 CEO and Chase Carey confirmed in a media session today. The crews (pictured above in 2019) joined McLaren and Red Bull at the season-opening race in Austria.

Formula 1 is continuing to broaden access to coverage of the championship on different platforms. “We’ve also partnered with YouTube to live-stream the Eifel Grand Prix at the Nurburgring in Germany,” said Carey. “This is the first time fans from select European countries will be able to view the entire grand prix weekend for free on the Formula 1 YouTube channel.”

Carey said F1 is also looking at how to bring its own live race streaming service, F1 TV Pro, to more markets.

“Right now to me the most important thing for F1 TV Pro beyond quality-wise – we did have a glitch the very first race but it’s worked well since then and we feel we’re continuing to get there with the product – is to grow its access to consumers.

“So in a number of places we are pursuing it more as a partnership and trying to develop ways to have it be something to enhance the experience for a traditional television partner/customer, with a product that is geared towards a true enthusiast. So it’s that extra experience and work with our partners to have that be something that we can both grow and share in the success of. Certainly we’ve had more discussions on that front.

“There are places it operates, more countries we certainly continue to operate it more as a standalone alternative for traditional television.”

“Certainly the digital side of our world in many ways, in a positive way, continues to explode the viewership engagement we’ve got, the products we’re putting out there,” Carey added. “There seems to be no end to the appetite for it. We’re just looking to continue to find ways to enhance and expand that.”