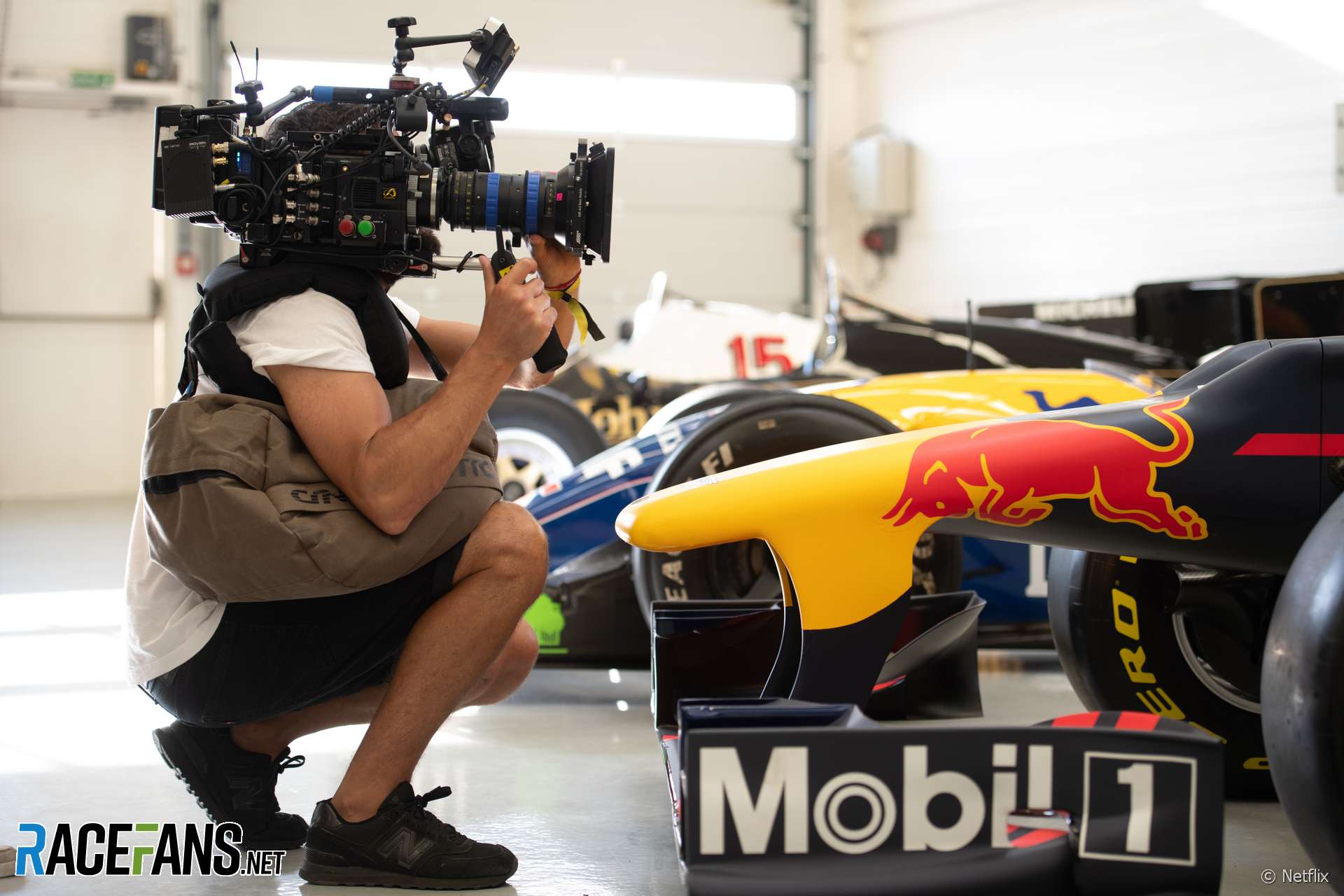 Netflix filming crews will be embedded with McLaren and Red Bull at this weekend’s Austrian Grand Prix.

The opening race of the 2020 F1 season is going ahead behind closed doors with strict limits on the number of staff who may attend. However room has been found at two teams to accommodate small crews filming the new third series of “Drive to Survive” for the popular streaming platform.

In order to limit the risk of exposure to the Covid-19 coronavirus teams are limited to a maximum of 80 personnel and operating within their own ‘bubbles’, avoiding contact with staff from rival teams. The Netflix crews following the two teams are being counted as part of their allocation and will remain within their bubbles.

A two-person crew is filming McLaren, and a third Netflix camera operator is embedded with Red Bull for the race at their home circuit. Among their rival teams some but not all are taking the full allocation of 80 staff available.

Netflix also recorded footage for its upcoming new series during the lockdown. Williams driver George Russell mentioned in a social media stream he was using a camera gather material for them during the Virtual Grand Prix series.

A reduced number of television broadcasters are attending the opening round of the championship, with many choosing not to travel to Austria and present coverage from their home countries. Formula 1’s broadcasting team will supply live images from the track as usual for the season-opening race, which has been delayed by more than three months due to the pandemic.