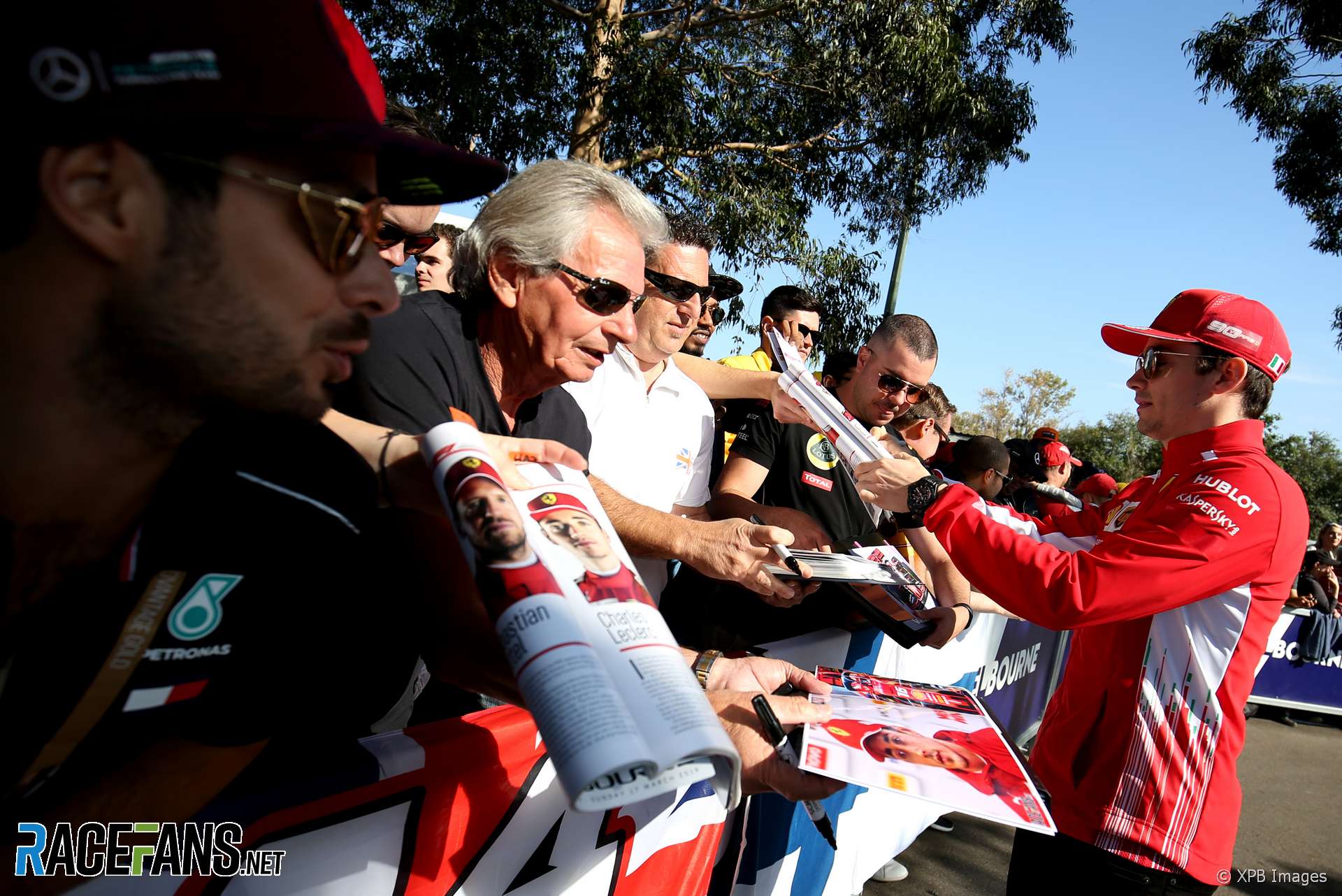 The head of the Australian Grand Prix says there is ‘no chance’ Sunday’s race could be held behind closed doors due to the spread of the Coronavirus.

The Bahrain Grand Prix promoters announced yesterday their race, which will be held one week later than Melbourne’s, is to go ahead without fans present. “Given the continued spread of Covid-19 globally, convening a major sporting event which is open to the public and allows thousands of international travellers and local fans to interact in close proximity, would not be the right thing to do at the present time,” they said.

He told Australian radio station SEN there was “not a chance” F1 fans could be excluded from next week’s race. “When you look at 86,000 at the MCG last night and the footy the week after, we’ve got to go around things sensibly and keep moving on through life while taking the necessary precautions.”

Staff from Ferrari, AlphaTauri and Pirelli heading to the race from Italy, where millions have been quarantined due to Coronavirus, are among those who are being screened for the virus on arrival in Australia.

“The AlphaTauri cars and the Ferrari cars are on their way from Avalon [Airport] as we speak, so it’s really good.” Westacott continued. “The key personnel are on their planes.

“Interestingly, the only two people who didn’t hail from Italy were Sebastian Vettel, who came out of Switzerland, and Charles Leclerc coming out of Monaco via Nice. All the others are on their way, and we’re expecting [them to arrive] in the next 12 to 24 hours.”