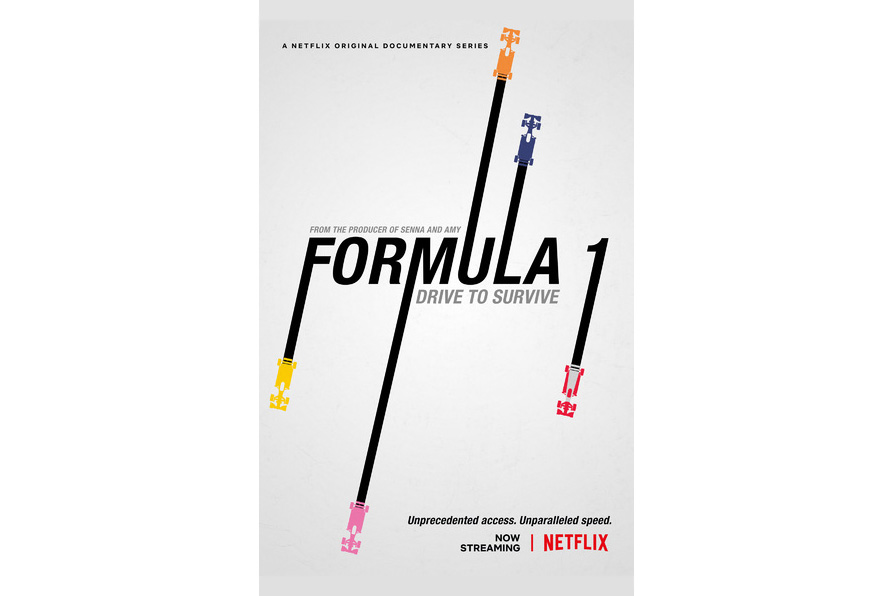 The first season of Netflix’s behind-the-scenes Formula 1 documentary ‘Drive to Survive’ was credited with bringing the sport to the attention of a new and younger audience.

Eager to repeat the success of the original, F1 invited the cameras back for a second season which filmed throughout 2019. And this time they had even more access than 12 months ago.

Ferrari and Mercedes refused to allow Netflix to film in their garages during the first season. They softened their position last year albeit only slightly, granting access for just one race each from the 21-round schedule.

There are no major changes to the show’s format: The episodes run up to 40 minutes each and include material shot by Netflix on location at the races, including previously unseen footage from team meetings and debriefs. A few of the drivers and team bosses were also filmed at home.

Although there are 10 episodes, it isn’t simply a case of ‘one per team’; in fact, Alfa Romeo and Racing Point hardly feature at all. Some prominent figures from the first series, notably Daniel Ricciardo, Carlos Sainz Jnr and Haas team principal Guenther Steiner get plenty of attention again.

As a result of the limitations involved in filming them, Mercedes and Ferrari do get one episode each. There were times last year when it felt the programme could benefit from having its focussed narrowed onto a smaller number of subjects per episode, and so it proves. With the exception of the season opener, season two’s features feel more tightly focused. Overlapping narratives are handled deftly, particularly over two episodes in the middle of the season which cover Pierre Gasly losing his Red Bull drive to Alexander Albon, and the awful events of Spa where Formula 2 driver Anthoine Hubert was tragically killed.

It felt like the programme-makers were struggling for stories at times last year. This time, with a couple of minor exceptions, they haven’t felt the need to stretch stories past breaking point as happened in series one, where the versions of events presented was at times plainly at odds with the facts (notably in episodes six, eight and nine).

Much of what was great about the first season of ‘Drive to Survive’ remains, but so do the irritations – at least for the kind of committed F1 fanatics who know the difference between Eau Rouge and Raidillon, dress head to toe in teamwear and read RaceFans. The in-race sound effects made me fell like I was watching Wile E. Coyote, while the pedestrian fake commentary spoon-fed me descriptions of what I could see on-screen. Though the latter presumably serves as useful explanation for the newcomers to the sport this series is supposed to attract.

Looking at the extent of the access they had, it boggles the mind to think how much material Netflix must have left on the cutting room floor to create just under six hours-worth of programming. And it’s hard to avoid the impression, particularly in later episodes, that the F1 paddock-dwellers are growing as wary of the hovering Netflix mics as they are the rest of the media pack, and reining themselves in accordingly. This does not apply to Guenther Steiner – at the launch of the series its producers joked he now has enough in his swear jar to sponsor Haas by himself.

The second series of ‘Drive to Survive’ offers more of what many people loved about the first. What it’s lost the second time around in no longer being completely new and fresh it has more than made up for with its increasingly polished storytelling.

There are a few dud episodes – notably the season opener and a rather flat 32-minute feature on Ferrari. Those aside there is much for F1 fans to get excited about, notwithstanding the fact we already know the outcome of every encounter, and that is no small feat.

There were several occasion in the first season of Drive to Survive where it felt like the producers were trying to cram in too many different stories at once. This is the only time in season two where it feels that way, as they introduce the new season and juggle the stories of Renault and Haas during the first race of the year.

The editing does misrepresent the end of the race, however. We’re told the drivers are starting “the final lap of this race” while looking back from a Ferrari at Max Verstappen. This footage can only be from much earlier in the race, and is followed by a shot of Verstappen passing Sebastian Vettel, which happened on lap 31 of 58. But from this misfiring start the season quickly improves.

“You’re not mic’d up are you?” Haas team principal Guenther Steiner is asked by a concerned employee at the start of this episode. “They take it out,” Steiner reassures him. It’s hard to imagine they’ve taken much out of this episode, which covers Haas’s car, driver and sponsor woes during 2019 and features ‘South Park’ levels of profanity.

It’ll be excruciating viewing for anyone associated with the Haas operation. But it also offers the kind of unvarnished insight into the reality of Formula 1 which is exactly what the viewers of Drive to Survive will expect to see.

Though it doesn’t hit the dramatic heights of the previous episode, there is much to enjoy in this study of the contrasting fortunes of Carlos Sainz Jnr and his Renault replacement Daniel Ricciardo. The cameras follow both at the track and away from it, neatly connecting the two narratives through the races in Azerbaijan and Spain, and as in season one both drivers prove engaging subjects.

From the title you might thing this concerns the events of Spa. In fact this is ‘the Mercedes episode’, which goes behind the scenes with the team at the Hockenheimring. As we know, the German Grand Prix was not kind to the Silver Arrows.

Toto Wolff, who exhorts the team to “crush” their rivals at the start, looks plainly uncomfortable from the moment the team pull on their period outfits intended to celebrate 125 years of motor racing, and his mood darkens as the race goes spectacularly wrong. Resisting the temptation to paint this as hubris, a more sympathetic note is struck, and the death of Niki Lauda earlier in the year handled sensitively. Netflix were lucky their one chance to film Mercedes up close coincided with a race of such drama.

Pierre Gasly’s fall from grace at Red Bull forms essentially the first part of a two-part episode. While the struggles he encountered spoke for themselves at times – such as coming home a lap down in Austria while his team mate won – Netflix captured some brutal asides from the top Red Bull management during the season about the problems he was having. By the end of the episode it’s clear his days at the team are numbered.

Gasly’s form is contrasted against that of Verstappen, who hounds Hamilton to the chequered flag in Monaco, even nudging the Mercedes at the chicane at one stage. Contrary to what is shown here, this occurred three laps before the end of the race, not on the final tour.

Alexander Albon’s arrival in place of Gasly is captured by a photographer instructing Albon to adopt his predecessor’s stance for a picture. “We just have to shoot you in a similar pose because we’re going to remove that subject and put you in place,” he explains…

This is just one of several strands handled deftly in this episode. They include the Formula 2 crash at Spa which claimed the claimed the life of Anthoine Hubert, a close friend of Gasly, which is shown largely through the reactions of those in the paddock, who break off their post-qualifying interviews as the enormity of the incident becomes clear. Netflix are also given licence to discuss the 2012 imprisonment of Albon’s mother Kankamol on a fraud charge, but show Red Bull closing down an interview with a journalist who raised the same subject.

Or, ‘the Ferrari episode’. Sadly it lacks the intrigue, insight and drama of its Mercedes’ counterpart.

Ferrari let the Netflix cameras in at Circuit of the Americas. Had they done so at a few of the preceding races – Belgium, Italy, Singapore or Russia – any might have provided absorbing stories on the simmering rivalry between Vettel and Charles Leclerc. Instead the back story to that rivalry is told through flashbacks. The Monza qualifying controversy is ignored, which is a problematic omission, though its details would have been difficult to get across to casual viewers without using a lot of exposition.

Vettel’s early retirement in Austin with a suspension failure leaves the storytellers little with which to work. The behind the scenes footage yields little a few moments of light humour in an episode which otherwise feels like a missed opportunity.

A video of Nico Hulkenberg swatting a Netflix camera away did the rounds on social media last year. His distaste for being pursued by the crew is plain to see in this episode which covers his missed podium chance in Germany and Esteban Ocon’s announcement as his replacement. More footage from Hockenheim demonstrates one of Drive to Survive’s most impressive aspects: Its ability to recreate the tension of a race even when you know the outcome.

Unusually, the most fascinating moment in the penultimate episode of the series was filmed before the season began. Claire Williams, eager to turn around her team’s dismal 2018 form, receives the troubling news how far the team is behind with completing its new car. As we know, it didn’t get much better for the team once the car took to the track, as George Russell’s frank description of the car’s troubles in a mid-season debriefing demonstrate.

The lively Brazilian Grand Prix provides a neat opportunity to bring together the Albon, Gasly and Sainz storylines. There’s not a lot new to tell here, though a few overlooked faces get a look in at the end of the episode, including Daniil Kvyat, Kimi Raikkonen and the Racing Point drivers. Lando Norris and Antonio Giovinazzi appear to have escaped Netflix’s glare, for this year at least. But rumours are a third season is already in the works.

The second season of ‘Drive to Survive’ arrives on Netflix on February 28th, 2020.

16 comments on “‘Drive to Survive’ season two: Spoiler-free review and guide to all 10 episodes”