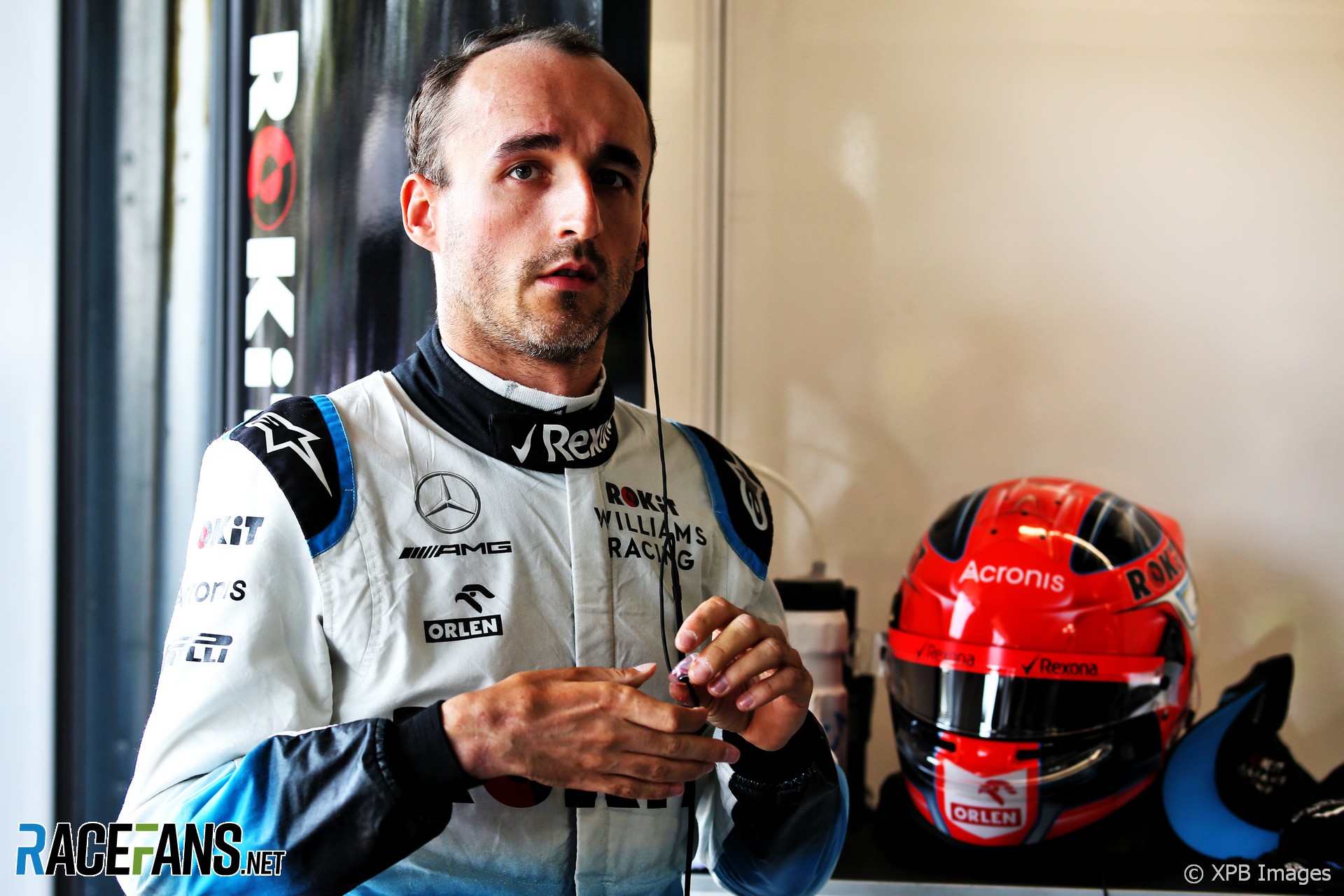 Robert Kubica’s return to Formula 1 in spite of the severe injuries he suffered in his 2011 rally crash was a remarkable feat. But while he saw out the season, it has not led to a long-term return to the top flight.

The scale of his deficit to rookie team mate George Russell indicates that, whether due to his injuries or his long enforced absence, or both, he lacks that blazing speed which was unmistakable at the beginning of his F1 career.

But he drew satisfaction from defying those who doubted he could ever compete in an F1 again, in spite of the obvious shortcomings of the Williams FW42.

“I think the general picture is massively hidden by what we went through this season,” he said. “Many things did not help and actually did influence in a negative way what I was able to do. Coming back to a competition sport, as Formula 1 is, on the highest level of motorsport, after a long time and with my limitations, a lot of people did not even think I would be able to race.

“I heard many stories that in turn one that I will not be able to react to situations. And probably the opening lap is one of the things which I managed well this season.

“I heard rumours that I would not be able to race in Monaco. And probably Monaco was one of my best drives during this year, although I was still far behind, but feeling-wise it was positive.

“I’m leaving this season, of course not happy with the general performance, but pretty happy with how my body, my mind and my brain reacted to the difficult challenge I had this year.”

The lower the lines, the better the driver performed

Frustratingly for Kubica, even when he was able to put all of his best sector times together, he still languished up to three tenths of a second off Russell. The gap between the pair of them if anything widened slightly as the year went on and Russell gained experience.

Points were almost never a possibility for Williams. The one bright spot in Kubica’s season came in Germany, when he grabbed the team’s only point of the year in wet conditions. It was also one of just two occasions he took the chequered flag in front of his team mate.

Race: How often Kubica finished in front of every other driver

Kubica’s frustrations with the car were amplified by its inconsistency. In Mexico, one of his better performances of the year, the car’s handling seemingly transformed overnight before race day despite no significant changes being made to it.

“It’s difficult to explain,” he said. “In the beginning of this season, during the season we did have similar situations where normally you start doubting what you changed, what you did not change and stuff like this.

“In reality, we hadn’t changed anything between Saturday and Sunday. So it’s not like in the past I was changing 50% of the car. In the end, the physics is staying the same. So something which has the same effect on Friday, on Saturday should have same effect [again]. It is not that suddenly you miss grip. It’s something which is a bit strange.”

It made for a season which was “very difficult, very complicated”, said Kubica. “One of the things which I think I miss most is consistency of delivering and how the car is feeling.

“This car is not the easiest one, it has not massive downforce, but it shouldn’t vary performance or the feeling of it in such a big way from one session to the other. And you cannot explain it with the track condition or stuff like this because the feeling I get as soon as I leave pit lane, I’m 90% sure it is going a good way or bad way.”

12 comments on “‘I’m not happy with the performance but pretty happy with how my body, mind and brain reacted’”