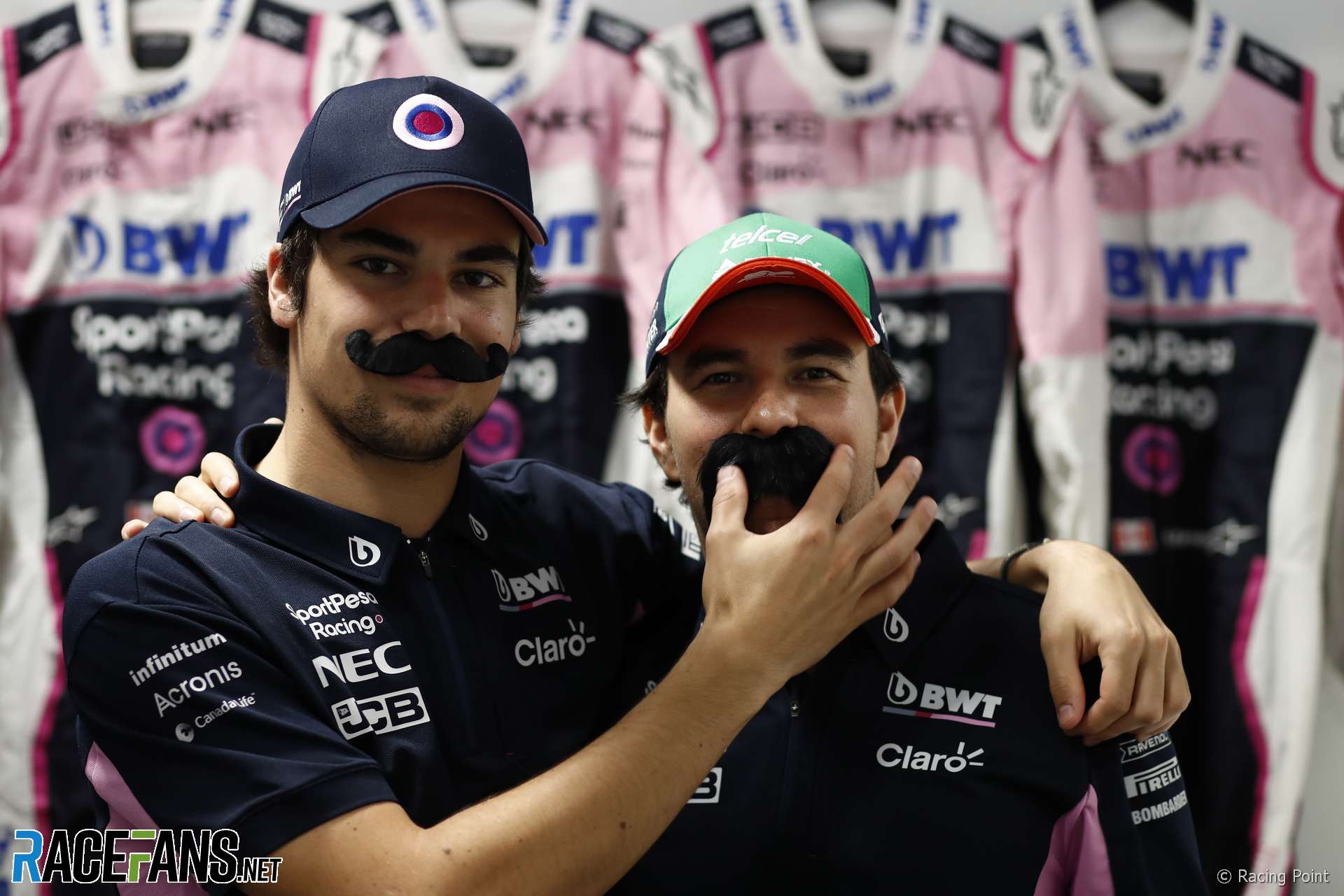 Over the past two seasons the contest between Sergio Perez and Esteban Ocon at the team now known as Racing Point Has been riveting.

The steadily improving Ocon turned the tables on Perez in terms of one-lap pace last year. But Perez’s greater experience continued to tell and he out-scored his young team mate for the second year running. And the pair had a few destructive collisions on the way.

But for 2019 Ocon was shown the door and replaced with Lance Stroll. The prospects of any further intra-team collisions diminished immediately, as Stroll was seldom close enough to Perez for it to be a possibility.

Stroll’s one-lap pace has consistently been a weakness and so it remained in 2019. He only out-qualified Perez on two occasions, and one of those was at Circuit of the Americas where Perez had a grid penalty and did not set a representative time. Stroll went out in Q1 14 times – the most of anyone who did not have to drive a Williams.

As was the case in his previous two seasons, Stroll made a lot of ground at the start of races. But it’s hard not to see a connection between this, his consistently poor qualifying performances, and the strength of the Mercedes power unit. Stroll gained a total of 40 places on lap one over the course of the season but Perez was next-best, picking up a total of 30 spots.

Perez finish ‘best of the rest’ in Azerbaijan, Belgium, Mexico and Abu Dhabi, something his team mate failed to anywhere near all season. However Stroll did record the highest finish for the team in Germany following a late gamble to switch to slicks on a drying track.

While this was a fortuitous move (and he lost a podium place to Daniil Kvyat), he was at least still on track to take advantage of the opportunity, something which could not be said for Perez, who crashed out earlier in the race. Nonetheless, this one result accounts for more than half of Stroll’s points tally, which was far short of what his team mate achieved.

Following the summer break, Stroll scored just three points to his team mate’s 33. While Perez was up among the Renaults in the final points standings, Stroll languished at the bottom of the midfield.

Perez was rewarded for his consistently strong pace with a three-year contract, making him one of the only drivers who has a contract past 2020. Despite his performances, Stroll’s place at the team is likely to go unchallenged as long as he retains the backing of his father, team owner Lawrence Stroll. But as the senior Stroll continues to invest in building up this team, there may come a point when he can no longer ignore the need for an upgrade in its driver line-up.

Sergio Perez vs Lance Stroll: Who finished ahead at each round

Times based on the last qualifying round at each race weekend in which both drivers set a time. Negative indicates Sergio Perez was faster, positive means Lance Stroll was faster

USA-based Josh joined the RaceFans team in 2018. Josh helps produce our Formula 1 race weekend coverage, assists with our social media activities and...
Read more about Josh Holland, find all their articles and get in touch with them