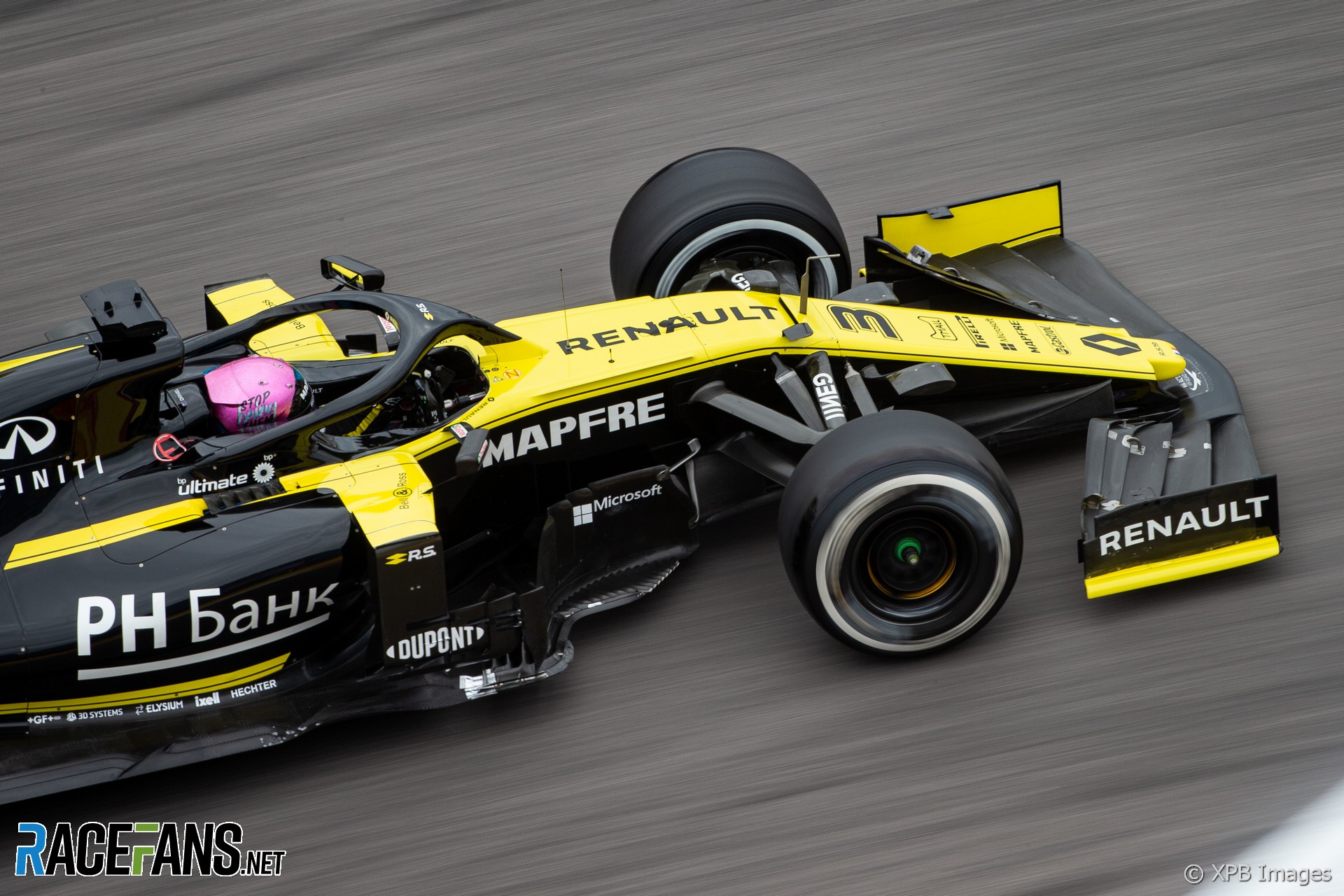 In the round-up: Daniel Ricciardo says there is a strong feeling among some drivers that Formula 1 cars have become too heavy.

F1 car weights will go up again over the next two seasons, hitting 768kg in 2021, which Ricciardo says some drivers are very unhappy about:

In the drivers’ meetings a few drivers were quite adamant on trying to take weight off. That’s when they talked about refuelling and that because the weight is what’s killing tyre deg and a lot of things.

So that’s not great. Of course the tyres are going to be heavier and the wheels. It’d be nice if we were lighter.

New honorary Fellow of the Royal Academy of Engineering and #F1 Legend @LewisHamilton came to meet young engineers at the Academy this evening. Genuinely interested in everyone he spoke to and humbled to be elected to the Academy. Such a lovely guy! #thisisengineering @RAEngNews pic.twitter.com/QgWZQEApTy

If F1 didn't exist would anyone propose a 20+ calendar of a travelling motor racing circus around the world and advertise it as 'saving the planet'. No, of course bloody not.

Romain Grosjean: "Formula One cars are the fastest on Earth, so I think if we lose a couple of seconds a lap, but for better racing, I don’t think that’s the end of the world. We’ve got to see the big picture here."

"Formula E has been monitoring events in the city over the last month which has seen widespread disorder and demonstrations."

Willmington confirmed for The Bend amongst blockbuster S5000 field (S5000)

The second S5000 race this weekend will feature 10 drivers.

"The day came where I was asked to do something, and I never got any favour before, so why should I give a favour now?"

"We can argue about the effects of the split, who caused it and what it hindered and damaged. Hell, we have been arguing about it for 25 years. But it’s over. In the years since the split was repaired in 2008, George and his family have been largely responsible for the growth and improvement of the sport. While other forms of racing are struggling to find an audience, IndyCar is on its feet and gaining strength with each passing year."

We always endeavour to credit original sources. If you have a tip for a link to feature in the next RaceFans round-up please send it in via the contact form.

Does Williams’ explanations for its shortage of parts stack up?

Obviously in the past we have had ‘preferred parts’ issues (Webber / Vettel Silverstone 2010 etc…). But I’ve never know a team to just have a continuous parts issue go on for so long.

Baku, Singapore and Suzuka apart, Russell and Kubica have stayed largely out of trouble (there isn’t a lot of cars to run into where they are on track). Surely the composites department at Gove isn’t much different to when Maldonaldo was playing ‘bumper cars’ not so long ago and they managed to replace everything then.

It just doesn’t seem to add up.
@Bernasaurus

36 comments on “Ricciardo: Some drivers “adamant” car weight must fall”