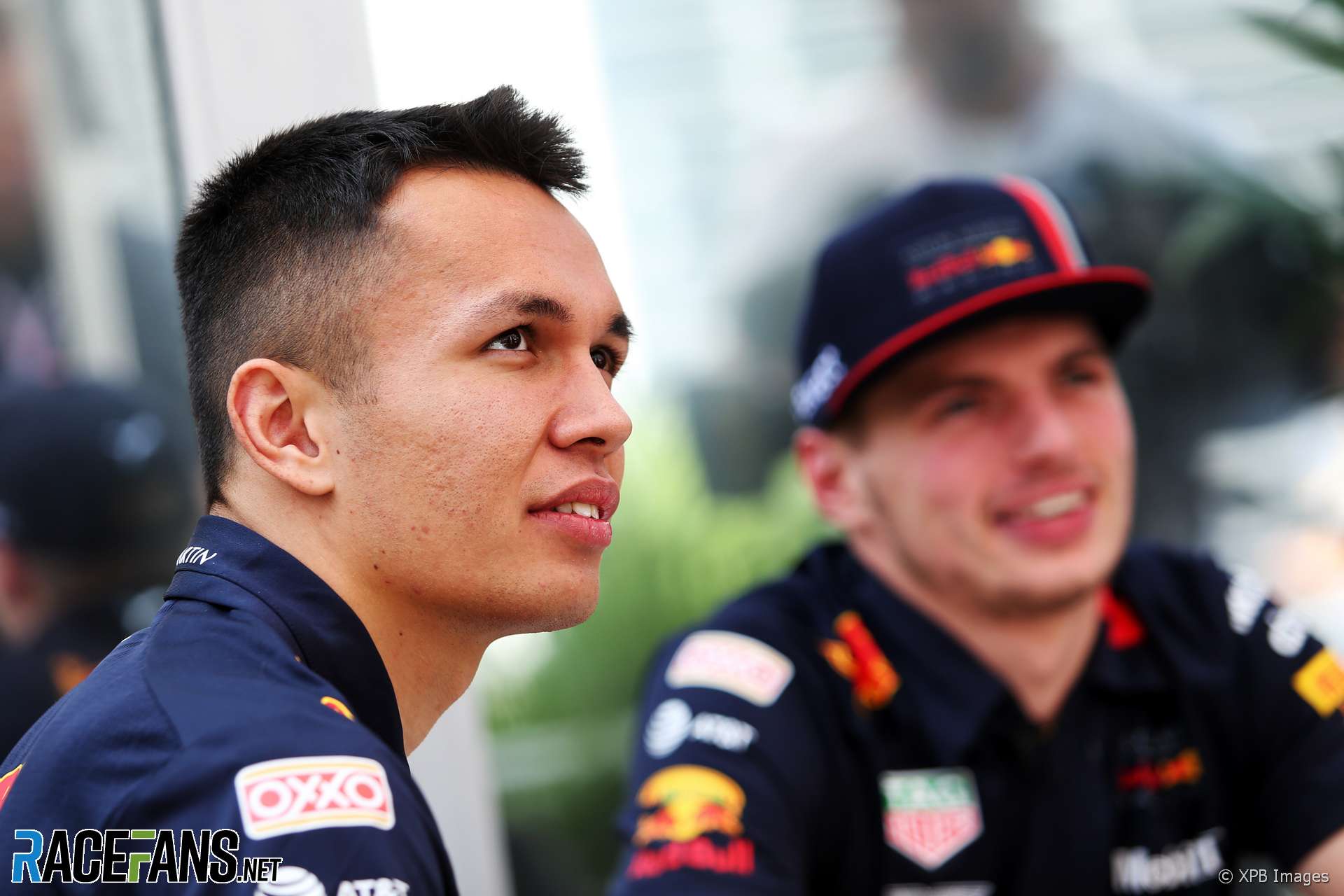 Red Bull has named Alexander Albon as its second driver for the 2020 F1 season alongside Max Verstappen.

Albon was promoted to the team after the summer break in place of Pierre Gasly, who failed to impress after making his debut for them at the beginning of the season. Red Bull has now rewarded Albon with a full-time seat at the team next year.

“Alex has performed extremely well since his debut with the team in Belgium and his results – seven finishes in the top-six – speak for themselves,” said team principal Christian Horner.

“It’s extremely hard to deny that level of consistency and in tandem with a growing reputation as a tenacious, fiercely committed racer, Alex has proved that he fully deserves to continue his progress with Aston Martin Red Bull Racing. There is plenty of potential still to unlock and we look forward to seeing Alex alongside Max in 2020.”

It is less than a year since Red Bull made the surprise announcement that Albon would make his F1 debut with Toro Rosso this year. Albon had not yet driven an F1 car at the time and Red Bull had to prise him out of a deal to race for Nissan’s Formula E team to get him in an F1 car. His promotion to Red Bull followed during the summer break.

“I am really excited to be partnering Max again for next year and I know how fortunate I am to be given this opportunity,” said Albon.

“I’m hugely thankful that Red Bull have put their trust in me and believed in my results since I joined the team and for them to keep me in the car next year is a big deal. This year has been an incredible year for me and getting the call up to Red Bull mid-season was already a big step, so now I will use the learnings from this season and use the experience to improve and fight at the front in 2020.”