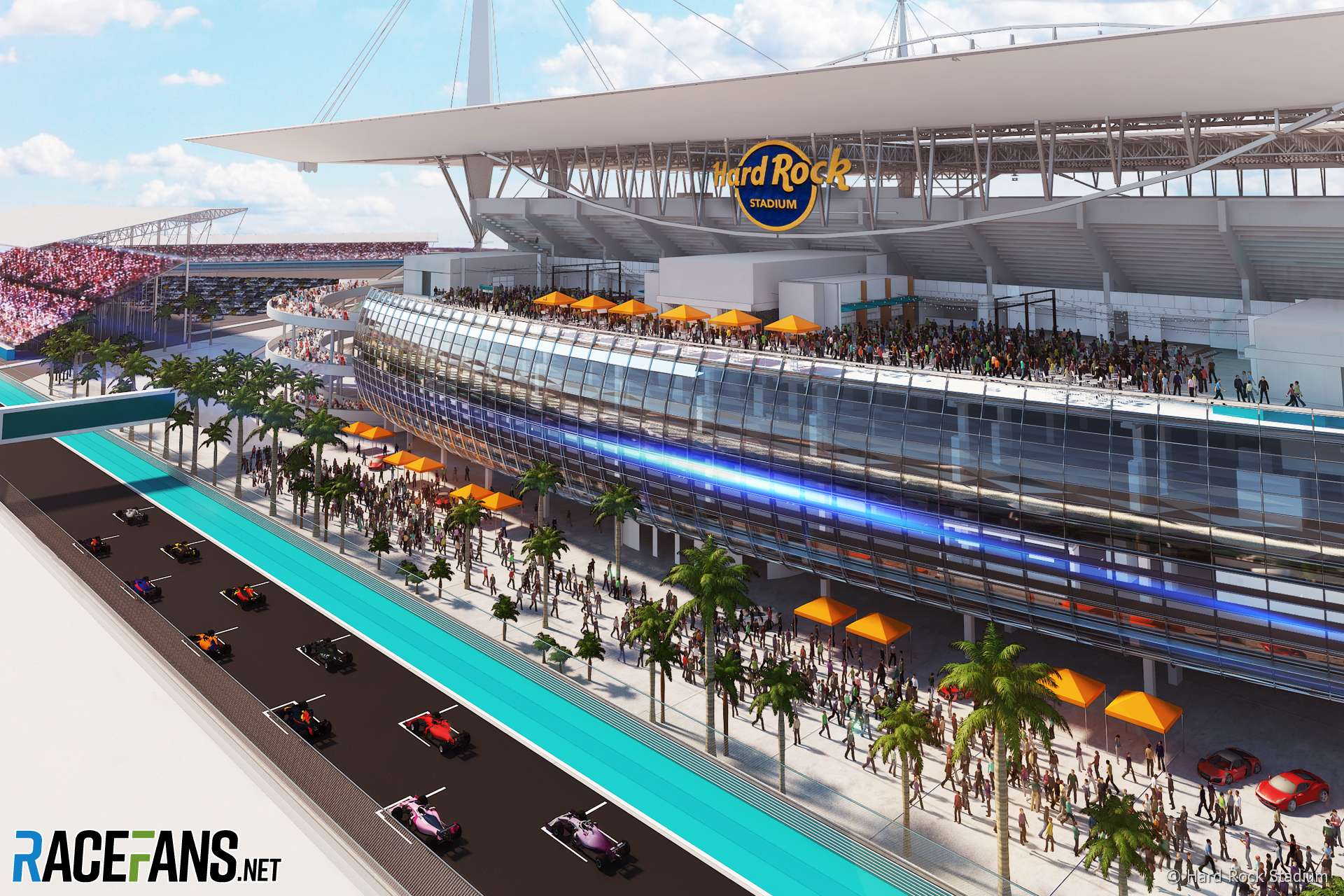 An “agreement in principle” has been reached to hold a round of the 2021 F1 season in the City of Miami.

The race will take place on a track laid out around the Hard Rock Stadium, home of the National Football League team Miami Dolphins. Organisers are targeting a May slot on the 2021 F1 calendar.

“Subject to the cooperation of the Miami-Dade County Commission, we expect the first race to take place in May 2021,” it added.

“With an estimated annual impact of more than [$400 million] and 35,000 room nights, the Formula 1 Miami Grand Prix will be an economic juggernaut for South Florida each and every year.

“We are deeply grateful to our fans, elected officials and the local tourism industry for their patience and support throughout this process. We look forward to bringing the greatest racing spectacle on the planet for the first time to one of the world’s most iconic and glamourous regions.”

F1’s commercial rights holder Liberty Media has been trying to secure a round of the world championship in Miami since it purchased the series in 2016. It originally tried to run a race in a downtown venue near the AmericanAirlines Arena this year, but the plan was dropped following objections from local residents.

If the Miami race gains formal approval, it will be F1’s second race in the USA alongside the United States Grand Prix at the Circuit of the Americas, which takes place in November.