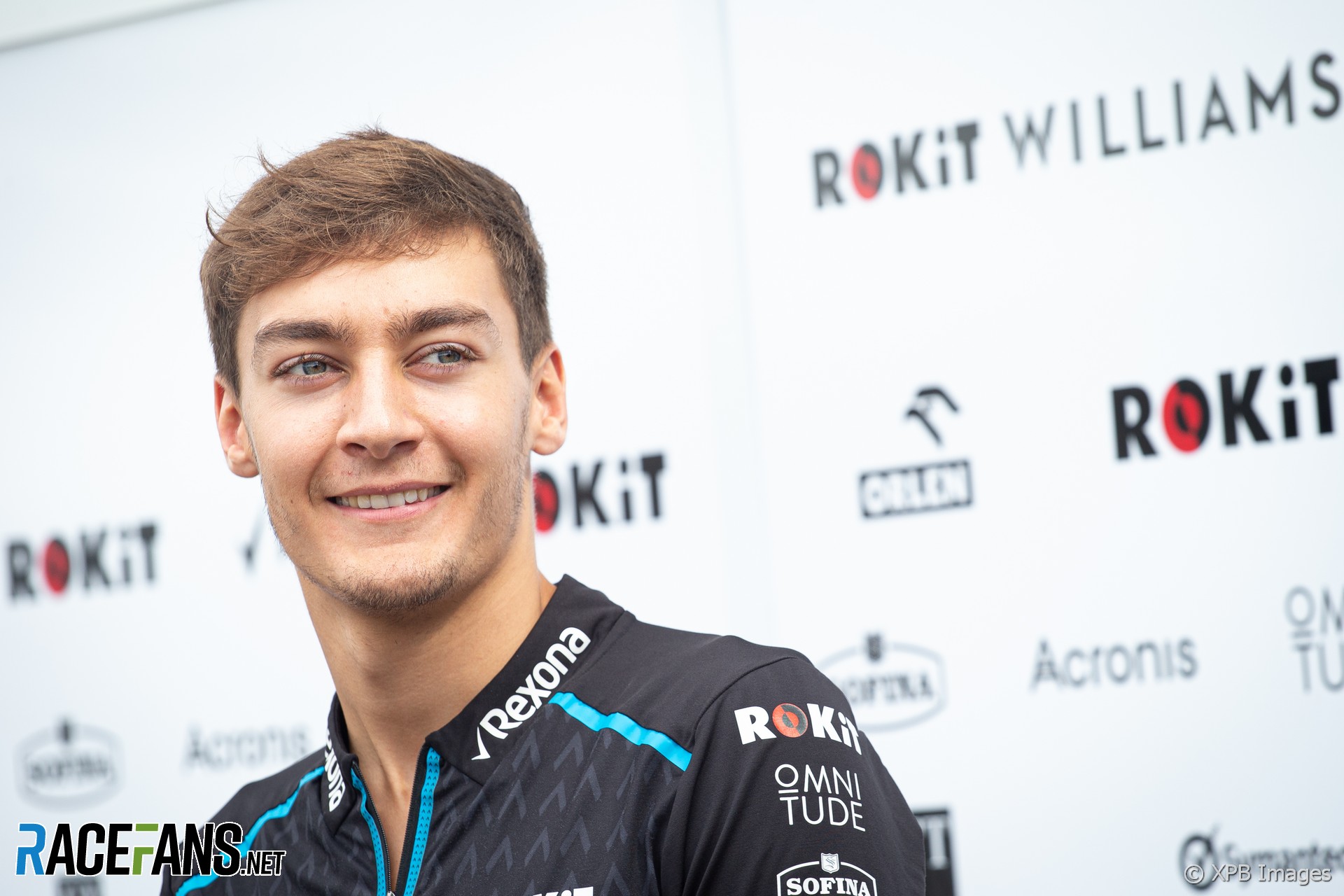 George Russell says he would welcome Nico Hulkenberg as his team mate next year if the Renault driver joins Williams.

Hulkenberg’s options to stay on the grid next year are narrowing. Esteban Ocon will take his seat at Renault and he missed out on a chance to join Haas when the team re-signed Romain Grosjean.

Williams, which Hulkenberg made his F1 debut for in 2010, is one of the few remaining teams with a vacancy for next year, as Robert Kubica has confirmed he will not remain alongside Russell at the team.

Russell said yesterday he would be happy to go up against Hulkenberg.

“My preference is to have the fastest driver possible next to me because I’m doing my best to prove what I can do to everybody and I want the opportunity again to show you that.

“Ultimately from my side I just focus on myself, get on with my own job, my engineers. And I think I feel ready to take control, lead the team if it were a rookie to come alongside me.

“Equally I’d be probably just as happy to have an experienced guy such as Hulkenberg coming in, good reputation and experienced, I’m sure I can learn some things from him. But again it gives me a very good opportunity to show what I can do.”

Williams reserve driver Nicholas Latifi has been tipped for Kubica’s seat next year. Russell, who is in his first season of F1, believes he is ready to take on the role of leading a team if he is partnered with a new driver.

“I feel like I’ve done that my whole career, really. I think it’s the driver’s job to build a team, keep them all motivated. Especially with your own engineers to try to really build that relationship. It’s just a bigger scale now in Formula 1.

“I’ve put a lot of work in. I probably spend more days in the factory compared to any other driver on the grid. On the simulator, always trying to develop that, prepare for the weekends, spending time with the engineers. So I see that as just being my role as a driver.”

6 comments on “Russell would welcome Hulkenberg as team mate”