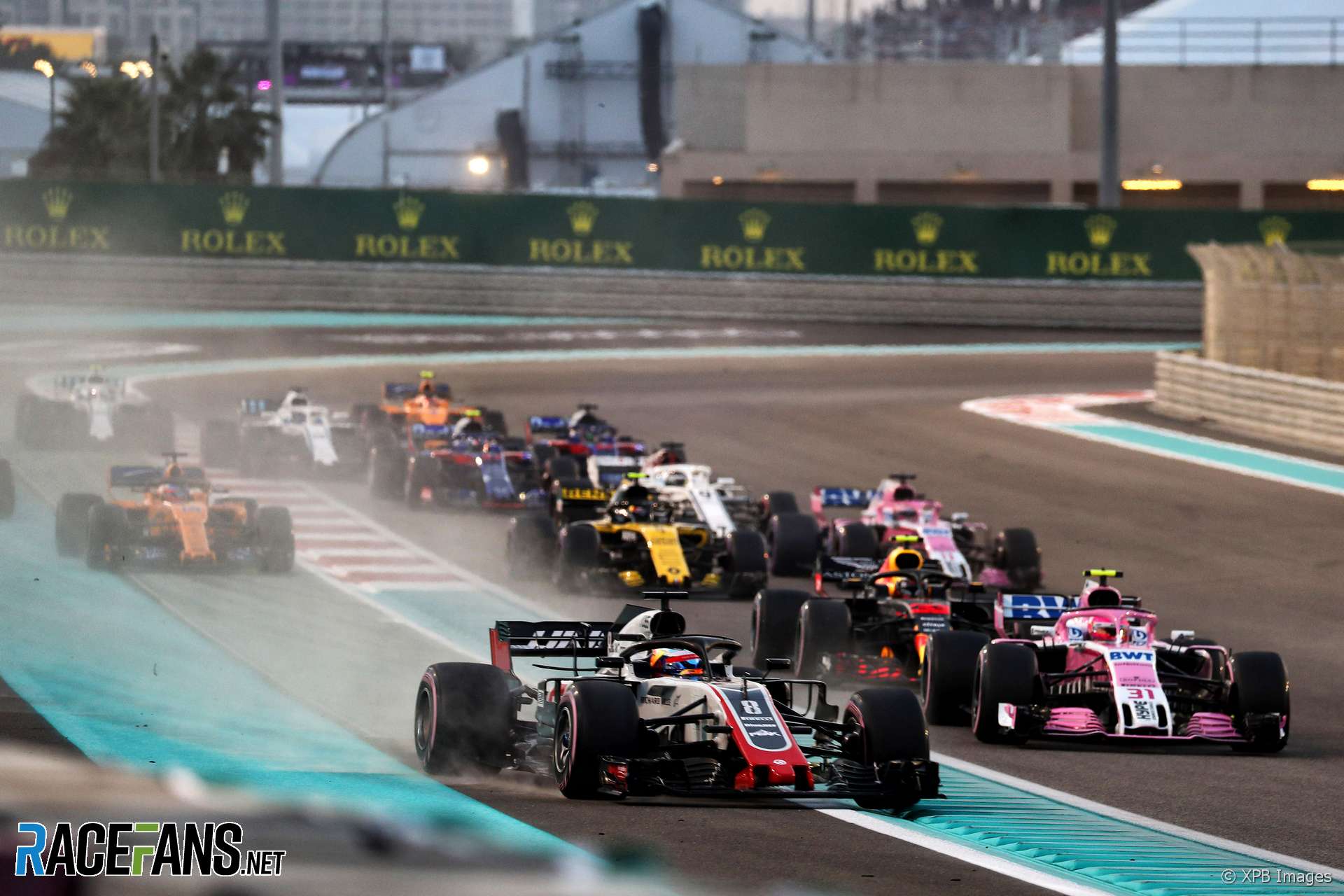 The final episode of Netflix’s F1 series “Drive to Survive” serves as something of a season recap, bringing together various storylines from the preceding nine episodes around the final race of the season.

It begins with a lengthy recap of highlights from earlier episodes. This drags in places, but does benefit from the inclusion of some material not covered yet in the series.

This includes a recap of the Brazilian Grand Prix which focuses on the collision between Max Verstappen and Esteban Ocon. I would have thought that moment of high on-and-off-drama was tailor-made for a series such as this, so it was a surprise to see it get such an incidental treatment.

That serves to set-up the run-in between the pair early in the race in Yas Marina. Verstappen barges Ocon aside, accompanied by another of those clunky sound effects which still jar as badly as they did in the first episode.

Nico Hulkenberg’s alarming first-lap flip onto his roll hoop gets the full dramatic build-up, which is then undercut by Hulkenberg’s somewhat nonplussed recollection of finding himself upside-down.

The bulk of the drama centres on whether Daniel Ricciardo can put one over Verstappen in their final race as team mates. The overwhelming impression given by the edit is that Red Bull’s strategy in the race made that impossible, which is not an unreasonable point of view.

But taking the series as a whole, it does leave the portrayal of the Red Bull drivers looking somewhat unbalanced. We’ve seen plenty of Ricciardo’s better races and more of Verstappen’s weaker moments. Still, Verstappen at least comes out of the whole thing looking better than Romain Grosjean.

The final race of last season was a dead rubber to begin with, and offered little in the way of racing action. Netflix have probably done the best with what was available to them in this one.

The closing sequence of candid comments from the driver in front of the camera rounds things off on a high. These glimpses of the human side of F1 are what make “Drive to Survive”, its faults notwithstanding, an essential watch for all F1 fans.

For Verstappen, the circumstances of his collision with Ocon still rankle two weeks on. “I said at one point he should understand my reaction,” Verstappen explains to his team mate in between photo shoots.

“If you could hear what he said to me on the scales, he basically started laughing at me, he was like ‘I was faster than you, I wanted to overtake you’. He didn’t even apologise for the crash. That triggered me.”

Ricciardo also hears from team boss Christian Horner, who can’t resist getting in one last jab at his departing driver during the end-of-season picture. When Ricciardo remarks “next year’s car will be faster” Horner fires back: “It couldn’t be slower.”

Renault boss Jerome Stoll makes it clear to his team that he expects the same step forward Ricciardo does. “We are so close to the podium that I am sure next year we can do that,” he tells them. Whether Ricciardo enjoys the kind of success at Renault he’s grown used to at Red Bull will no doubt be a focal point of Netflix’s second F1 series.

9 comments on ““Drive to Survive Episode 10: Crossing the Line” reviewed”