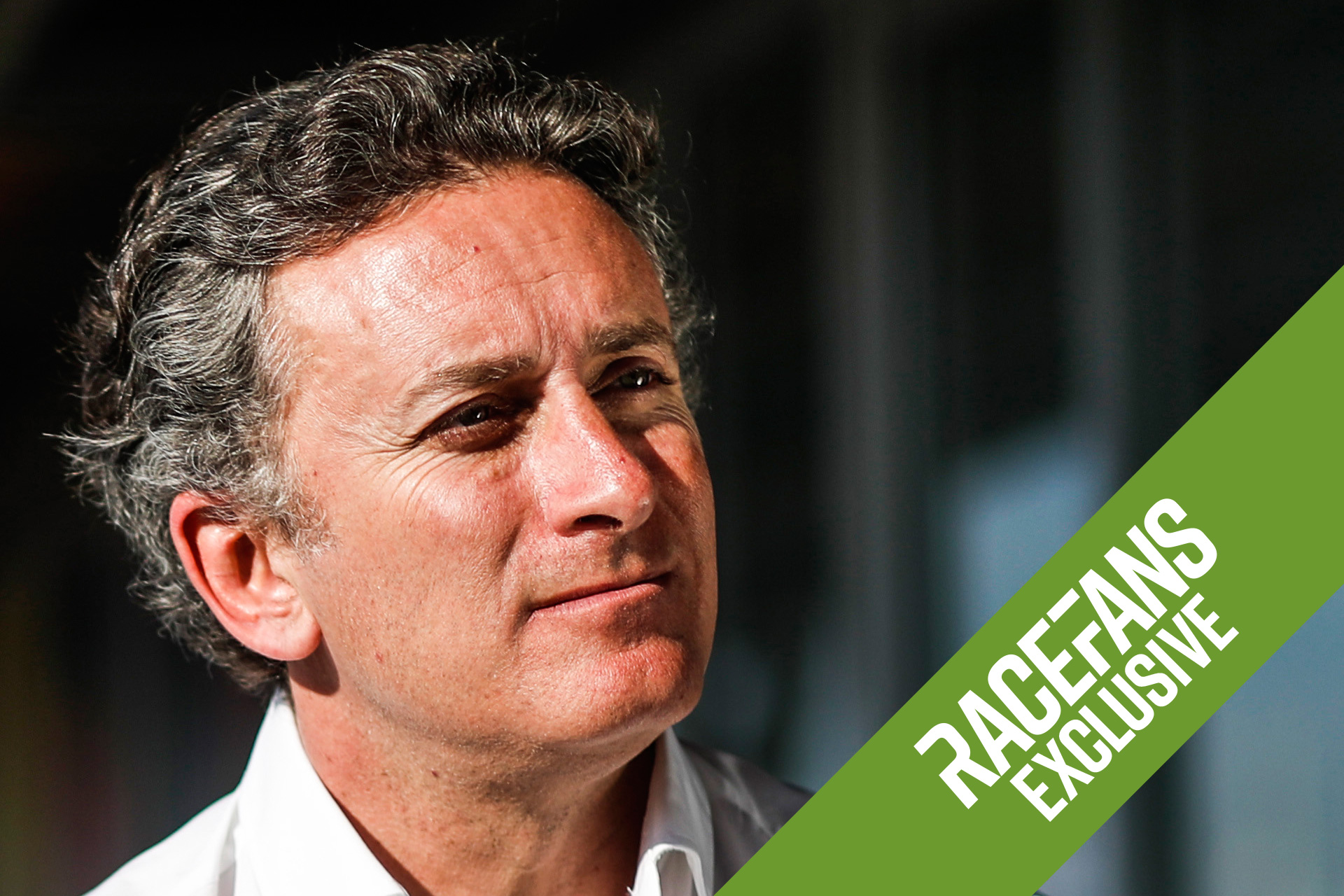 Alejandro Agag – Formula E’s founding CEO and now also its chairman – is nothing if not engaging, as befits a former Member of the European Parliament responsible for European economic policy. Indeed, befits an executive whose cosmopolitan air owes as much to his Algerian-Belgian-Spanish lineage as to his international upbringing. In short, he moves as easily amongst people as he does amongst topics.

We first met in 2012 after I wrote a piece about the challenges facing motor sport in the ‘Future Kid’ age. I’d suggested we do an interview on a new-fangled series he was starting, having acquired the commercial rights from the FIA to run an electric single-seater championship.

Over deluxe burgers in Sao Paulo during the Brazilian Grand Prix weekend, Agag spoke very openly about his plans. Where some in motorsport circles were sceptical, I was convinced Formula E had a future, and wrote as much.

We crossed paths again when Agag launched the first-generation Formula E car at the Frankfurt Motor Show in September 2013. It was clear an enormous amount of thought and effort had gone into the concept and that the series would soon become reality. However, I was sceptical about the concept of mid-race car swaps, and said as much. Agag acknowledged the shortcoming, but persuaded me would be temporary.

Which brings us neatly to last weekend, and my first visit to a Formula E race since its second-generation car arrived. I went to the Marrakesh round as a media guest of the championship to see for myself the result of new regulations which demand that cars run through the 45-minute-plus-one-lap race on a single charge.

I had attended several other Formula E races during the intervening period, and regularly caught up with Alejandro at those as well as at other events and FIA functions. But always the mid-race car swap irked – after all, it isn’t as though fossil-fuelled cars needed engine swaps mid-race.

Morocco, though, promised to be different. And it was, as those who caught the race live or on TV would attest. With its ‘Gen 2’ car, Formula E has truly arrived.

I met AA, as he is known in the paddock, on Friday morning ahead of the serious track action. As always in public, he is relaxed and eager to talk about progress made since that burger bar meeting. We smile at the memory as we get into why Formula E has taken off where others failed (think A1 Grand Prix, Superleague Formula and other series which didn’t even get as far as they did).

“For me the key of the whole architecture of the championship is the rule of supplier and client,” he says, referencing the series’ regulations which require manufacturer teams to supply technology at a given price upon demand from independent teams.

“That is the [key] that will guarantee the survival of the independents. The key is that that system works, but not only works to allow a team to survive, it has to work to allow a team to win. That’s what’s necessary. I don’t believe that [there must be teams] to fill the last places of the grid [in order for manufacturers to look good].”

As is arguably the case in F1?

“Exactly. Those teams that are there because Mercedes cannot come last. [If] you only have Mercedes and Red Bull, one of them comes last, so you need other people to come last. I don’t believe in that. I believe that every team should have a chance to win without having to spend a multi-million budget or being with a big car manufacturer.

“So for me, for example, what happened last year with Techeetah, it’s the exact example of what I want. And Techeetah was operating at a much lower budget than other teams, but won the drivers’ championship [with Jean-Eric Vergne]. Audi won the team championship.

“And [Techeetah] were a client; Renault, their supplier, was two positions behind them. As long as we keep that, I think the championship has very strong chance to control the budget in a kind of natural way.

“Budgets are always difficult and teams never tell what they do, and they’re spending now significant amounts of money on marketing and other things, and they pay more to the drivers. But you can run a team for between €10-12 million in the championship, if you’re a client.”

We discuss FE budgets, and agree that independents spend in the region of €12m (£10.7m) – intriguingly, while F1 talks in dollars, Formula E works in Euros – with manufacturer teams spending double that.

During the weekend a report emerged claiming Jaguar Racing’s parent company “fuelled” the team to the tune of $40m despite being in the midst of layoffs. The figure was derided up and down the pit lane, even by independents who would be well-served by trotting out such numbers, were they true.

While also ridiculing the term “fuelled” when applied to a battery-powered championship, one manufacturer team boss pointed out that “one needs to understand what budgets include, whether it’s expenditure or loans made for tax reasons…”

Whatever, in terms of Formula E’s contracts with teams, the series holds right of audit over team budgets. Thus far it has felt no need to exercise that right.

“I’m not too bothered about that,” says Agag. “What I’m really trying [to do] is set a framework of rules that automatically introduce common sense into the equation. “If you’re going a spend a lot of money, 100 million, 200 million on a powertrain, then you have to sell for €400,000 to another team, you think twice…”

Indeed, during an off-record conversation with a manufacturer team boss during Sunday’s rookie test, he stated it was virtually impossible to spend “more than 3-4 million on development, what are you going to spend it on? Add the cost of running a team, say 15 million, and you’re still under 20 [Euros]…”

Still, €20 million usually requires board approval, and how long before the chief financial officers of manufacturers strike at such budgets with red pens, particularly if their teams consistently finish seventh (or lower) given there are now seven manufacturers closely linked to FE, if not necessarily as direct entrants?

Can Agag, though, honestly see all the manufacturers remaining in FE, particularly given the turbulence in the industry, as epitomised by Jaguar’s plans to lay off 4,500 workers, announced the previous day?

Thus he acknowledges the need for a strong independent team base to step into the breach should one or more manufacturers leave, a discussion that brings us to the primary point of the interview: At which point does Formula E start sharing revenues with teams?

He pause for thought, then answers: “I know the system, and so on and so forth,” says Agag, who owned the 2011 GP2 championship-winning team Addax and was a potential F1 entrant at one stage, “so I can see it from both sides of the fence. Here, what you have to do is apply common sense. We’ve invested a big amount of effort, but cash funds this venture.

“What makes sense is that first we recover our investment, then we make some profit from our investment, and then we start the conversation with the teams on how we’re going to do [any] distribution.”

The championship was in dire financial straits after its debut season. Ironically, it was saved only by an injection of cash from Liberty Global, an associate of Liberty Media, now owner of F1’s commercial rights. Today Formula E is in much better shape, says Agag.

An obvious strength of the championship has been the success it has enjoyed in attracting support from manufacturers. In addition to a roster which includes BMW, Audi, Nissan, Jaguar and Citroen (via its DS brand), next year’s championship will feature Mercedes and Porsche too. But Agag is conscious of the need to strike a balance between manufacturers and independents.

“I would like to have more independent teams,” he says. “I mean, I cannot stop manufacturers from coming, and I’m super happy for them coming. They are a lot of value, they do big marketing campaigns, I was just in the airport – Nissan, everywhere. But I like the concept of independent teams.

“I had an independent team myself. That they survive and they’re an essential part of racing. We only have two now, really, with Dragon and Virgin.” (The latter finished second and third in Saturday’s race.)

But what if the Formula E manufacturers’ focus on electric mobility is disrupted by the emergence of another, cleaner solution, such as hydrogen? What happens to Formula E then?

“If electric is not the future of mobility, then the planet has a problem. Unless there’s a new technology which is cleaner that really comes and overtakes this. I think that will be a happy day, because we need the cleanest possible technology. I also think it’s impossible it’s not electric.”

“Impossible. It’s impossible. Because even if it’s hydrogen, hydrogen doesn’t make the wheels spin. The hydrogen produces electricity that goes to the electric motor that turns the wheels,” he explains, referring to fuel cell membrane technology in which hydrogen is converted into electricity.

I point out that BMW developed an emission-free internal combustion engines powered by hydrogen and not reliant on electricity for its 7 Series-based Hydrogen 7, but we agree that’s a topic for another day.

“I haven’t heard of a hydrogen combustion engine, [but] maybe it exists. But I think Formula E would adapt. Our licence includes every single technology that’s powered by an electric motor, and that includes hydrogen.”

Agag’s exclusive deal to run an electric single-seater series for the FIA prevents F1 from doing the same without its permission. He explains the agreement does not expire until “2039”, and smiles when I remark it’s the second-longest agreement, after F1’s 100-year deal.

“The second, yes. I would like it to be the first but it’s not the first. I tried!”

At the end of last year Agag took over the role of chairman of FE Holdings. How will the company’s structure evolve from here?

“I spend more or less 50% of my time with Formula E. We’re looking for a CEO. Once we find a CEO I will step down as CEO. I’ll stay as Chairman. Then I want to launch this new Extreme E, which is a new racing championship for SUVs, electric SUVs.”

A crucial difference between Extreme E and Formula E, as Agag explains, is that the cars will resemble production models.

“It uses very similar technology to Formula E – we give the chassis, we give the battery, the common battery [to manufacturers]. They provide the powertrain and the silhouette [body]. So the car looks like the [Jaguar] i-Pace or whatever.

“We’re going to race in the most extreme locations on the planet. So we’re going to the North Pole, to the Himalayas, to the jungles of the Amazon, to the desert and to a remote island.”

The championship is, of course, “open to our sponsors” who may want naming rights to the vessel, says Agag. “You know me, we can call it anything!”

An official launch is planned at the end of the month. “There’s a big announcement on the ship in London. It’s coming up the river, going under the Tower of London, on January 31st.

“There will be no live broadcasting at all [for Extreme E]. It’s a new concept, it’s called ‘docusport’. And we film everything, we edit the races, ten episodes, and it’s a Netflix-style.”

No doubt to be broadcast by Liberty Global’s Discovery channel…