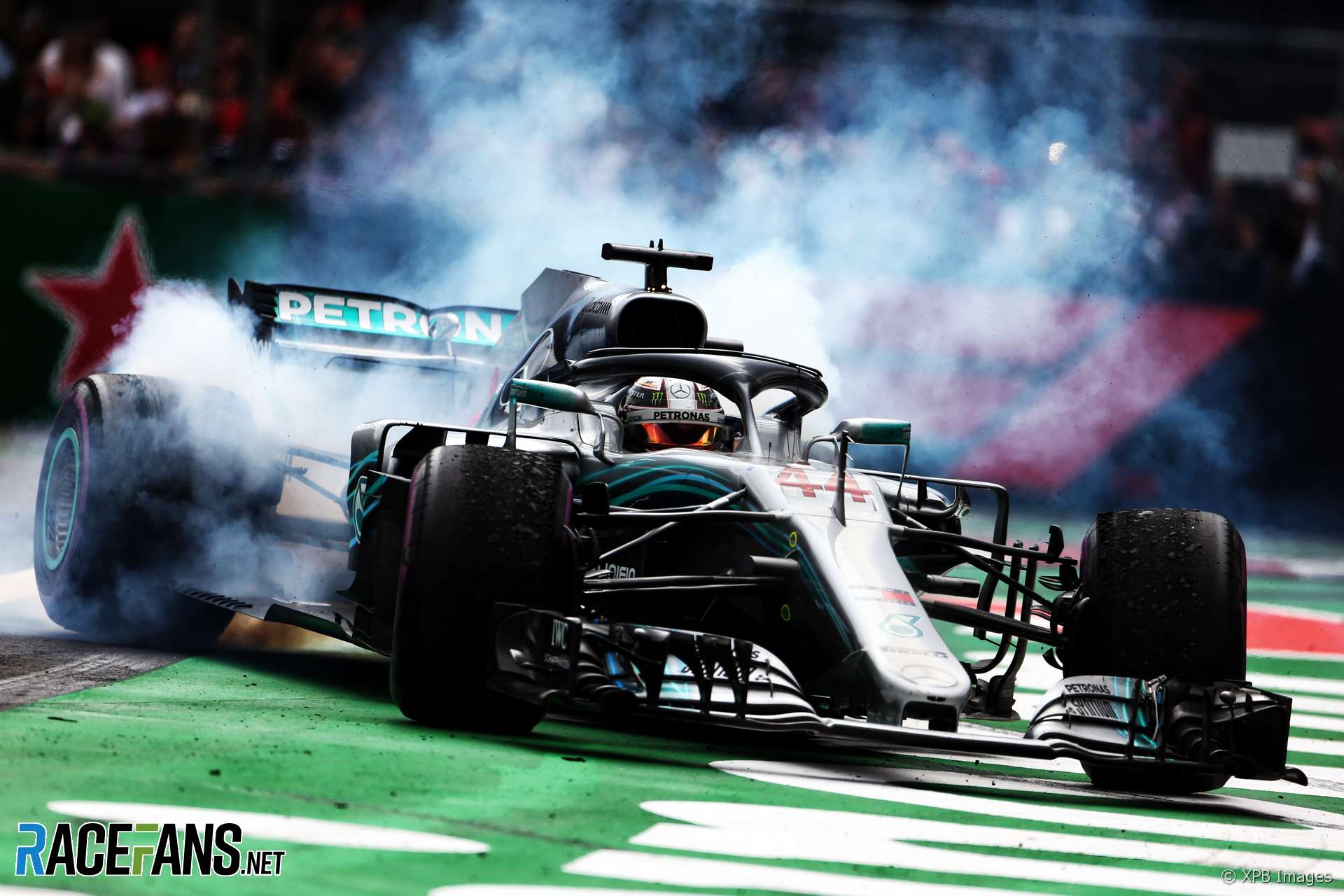 Having largely dominated the V6 hybrid turbo era since it began in 2014, Mercedes were obvious favourites heading into the 2018 season. Ferrari, however, had the hardware to give them a serious run for their money.

When Lewis Hamilton put his W09 on pole position for the first race of the season by six-tenths of a second. But the strategic error which cost him victory – the team miscalculated the size of the ‘window’ it needed to keep Sebastian Vettel behind during a Virtual Safety Car period – was worryingly familiar for the team also, and not the last of its kind.

Vettel resisted Valtteri Bottas to win in Bahrain too. Amazingly, Red Bull also scored their first win of the season before Mercedes, thanks to some ill-luck on Bottas’s part after he’d taken the lead in China thanks to a superbly-timed pit stop.

That was nothing compared to what fate had in store for Bottas at Baku, where he struck a piece of debris he couldn’t possibly have seen, and retired while leading Hamilton with three laps to go. A potential one-two for Mercedes became a ‘one’, souring their breakthrough triumph of the season.

They got their one-two in Spain, led by Hamilton, after the team brought a massive upgrade and dominated. “I was a bit amazed to see the pace difference that I had to others,” admitted Hamilton, who hadn’t looked as competitive since Melbourne.

But Mercedes were at full stretch in their efforts to stay on terms with Ferrari. That was clear in Austria, where they not only over-taxed their tyres but both cars retired after locking out the front row. “We had a hydraulic leak that was linked to the steering on Valtteri’s [car],” explained team principal Toto Wolff, “and we had a drop in fuel pressure on Lewis’s car which was linked to the fuel system.”

Hamilton took control of the championship after the summer break, winning six out of the nine remaining races, and only finished off the podium once. Wolff put this down to a set-up discovery the team made at Spa. “We were really struggling around the chicane and La Source and this gave us a clue of what we needed to look at. We went to Singapore to try to find out whether it was actually the right clue and it was and this is why the understanding of the car generally became much better.”

A rear wheel upgrade the team introduced became a focus of their rivals’ suspicions as to how the team had mastered its tyre management. But the design, which featured spacers inside the wheel to aid airflow, became the focus of a protest threat from Ferrari, leading Mercedes to seal the holes ahead of the United States Grand Prix.

The team consequently suffered one of its less competitive races of the second half of the year, where Hamilton slipped back from pole position and finished behind Kimi Raikkonen and Max Verstappen. Nonetheless the title was now within his grasp and he duly clinched it in Mexico, where the team again did not run the new wheels despite the stewards confirming their legality.

Hamilton’s title bid was aided by Bottas’s compliance. Having been increasingly eclipsed by Hamilton in the title fight, he played a vital role at Monza where he delayed Raikkonen, helping Hamilton to victory. He gave more direct assistance, controversially, in Russia, where the team told him to hand a seemingly certain victory to Hamilton.

Vettel called the decision a “no-brainer” – a telling remark given that Ferrari had failed to give him the benefit of running in his team mate’s slipstream during qualifying, with which he might have taken pole and a vital victory. Mercedes may not have liked using team orders, but they weren’t about to pass up on an opportunity to maximise Hamilton’s points score, even if his final margin over Vettel showed Bottas had needlessly sacrificed his last chance to win a race in 2018. He became the first Mercedes driver since Michael Schumacher six years ago to end a season without a win.

While Mercedes clearly no longer have the decisive performance advantage at every race which they enjoyed in their pomp during 2014-16, the team’s other strengths helped them overwhelm Ferrari. These included their reputable consistency – they completed the most racing laps of any team throughout the season and the only suffered race-ending technical failures in Austria.

In the second half of the season Hamilton and Mercedes were as formidable a force as they’ve ever been. Whether their next threat comes from Vettel, Charles Leclerc, or one of the Red Bull-Hondas, they will have to be at the very top of their game to unseat them as Formula 1’s champions.

USA-based Josh joined the RaceFans team in 2018. Josh helps produce our Formula 1 race weekend coverage, assists with our social media activities and...
Read more about Josh Holland, find all their articles and get in touch with them