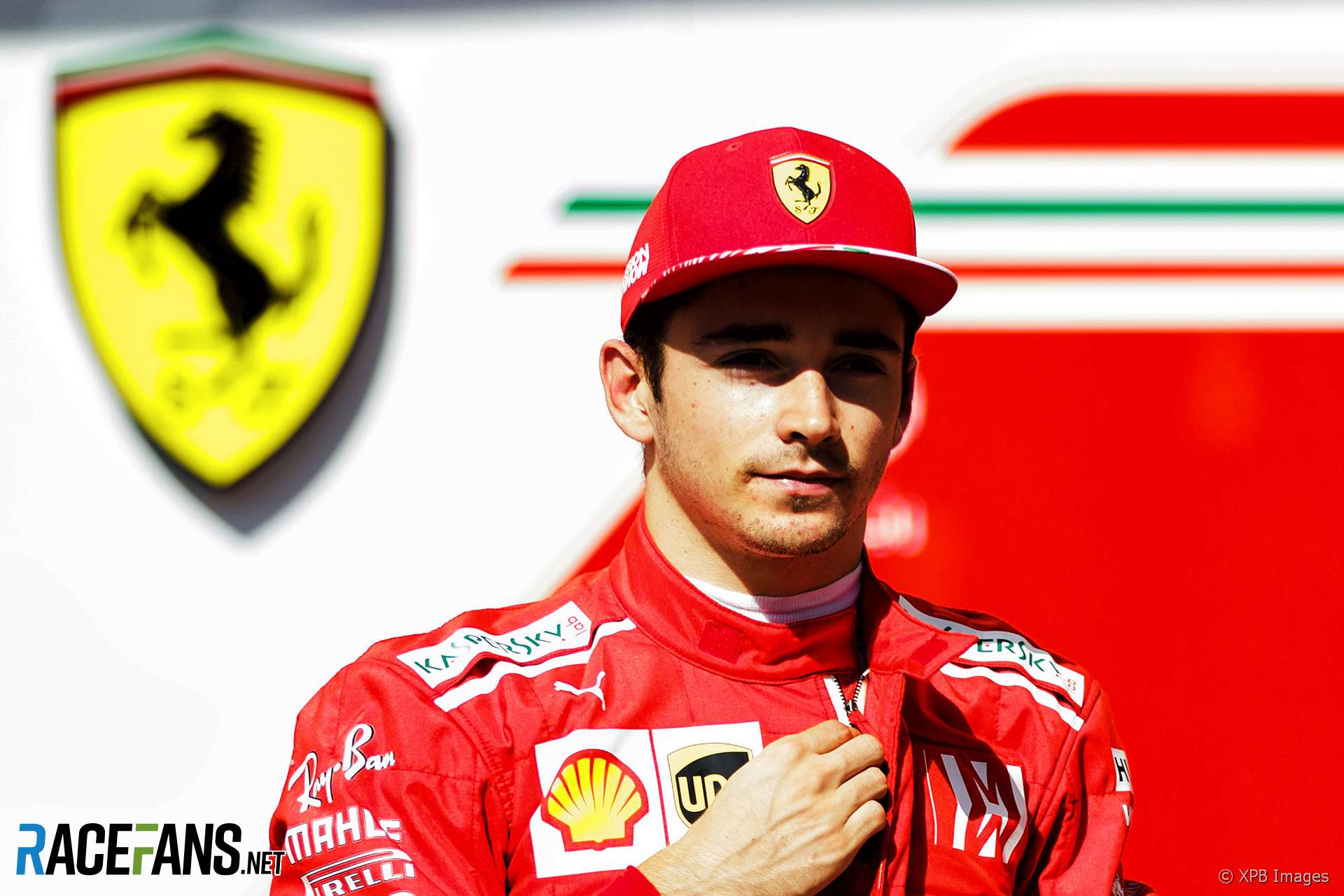 In the round-up: Marcus Ericsson says he thinks former team mate Charles Leclerc will do “very well” at Ferrari.

Ericsson, who is moving to IndyCar, will keep an eye on his former team mate’s progress:

I will be very interested to follow Charles in Ferrari. I think he can do really well already next year. And of course if he does really well it will be good for me because it will reflect very good on me. So let’s hope he kicks some ass over there!

I think he will be interesting to follow, I’m pretty sure he will do very well.

He couldn’t stay away. He had to come and say goodbye. Walk the hallowed halls one last time. Say a few words. Take a bucketloads of selfies. And sign everything in sight.

(Ok, we asked him to pop in. But we’re totally denying it if anyone asks.)

In light of all the team name changes today, we can confirm that we will not be reverting back to the Grand Prix of Europe! #WellDoneBaku

"This new name and new logo will be assets to achieve the strategic objectives of developing Renault’s reputation and brand image through our commitment to Formula 1, while continuing to support the company’s product ranges, especially in the sports segment."

"I see maybe a hybrid situation in which we keep some races in the cities but we do maybe three, four, five at racetracks to allow these cars really to express themselves, to show their level of performance."

"They take the Russian team’s entry and assets with immediate effect. They will run for the first time in the opening pre-season testing early 2019."

"All our cars are available to all of our drivers. I think it’s just a matter of if the opportunity presents itself and there is obviously a lot more than just me saying ‘hey let’s do it’ and him saying ‘yeah let’s do it’."

"A £50,000 campaign has been started to create a permanent memorial to former Formula 1 Grand Prix racer Tom Pryce in the centre of Denbigh in North Wales."

"While motorsport is very good at promoting its glamour lifestyle, it is next to useless at promoting the serious side of the business and just how good it is at developing new technologies that can help save the planet."

We always endeavour to credit original sources. If you have a tip for a link to feature in the next RaceFans round-up please send it in here:

Aaditya scrutinises one of my favourite intra-team fights of recent seasons:

Ocon’s season really unraveled in the last four races, starting from the disqualification in USA. Without that, he would have been just one point behind Perez with three races to go.

I agree that his racecraft needs work. He ruined his own race in Mexico by being too greedy on lap 1 and trying to get alongside Hulkenberg midway through the turn two chicane, and the latter closed the door which led to Ocon losing half of his front wing. I think the common pattern with most of his collisions this year and even last year is that he expects too much of a nice treatment from the drivers he is battling with on track, putting his car in dangerous positions and putting all his faith in the other driver. It’s actually not that different from what Daniel does with his dive-bombs and Verstappen does with his aggressive overtakes, so I guess you can say Ocon has been slightly unlucky at times, but I think if wants to swing that way, he needs to find a thin line similar to the ones Ricciardo and Verstappen have learned to operate on and make sure he doesn’t overstep it.

I’m a huge believer in ‘points before everything else’, so I have to rate Perez’s season better. That being said, there’s absolutely no doubt who was the faster Force India driver this year, and while Ocon is likely still far from his peak, the same can’t be said for Perez.

Their teammate battle bears similarities to Verstappen vs Ricciardo 2017. The former upped his game from 2016 and was clearly faster than his team mate, and while both suffered from similar reliability (Verstappen arguably slightly more unlucky with respect to the positions he retired from), Daniel somehow ended up scoring more points, thanks to his opportunism and calm-headedness (most notably at Monza).

If Ocon was improving at a rate similar to Max’s, I think next year, he would have beaten Perez on points as well…perhaps comfortably. We’ll never get to see, though.

33 comments on “Ericsson hopes Leclerc “kicks some ass” at Ferrari”