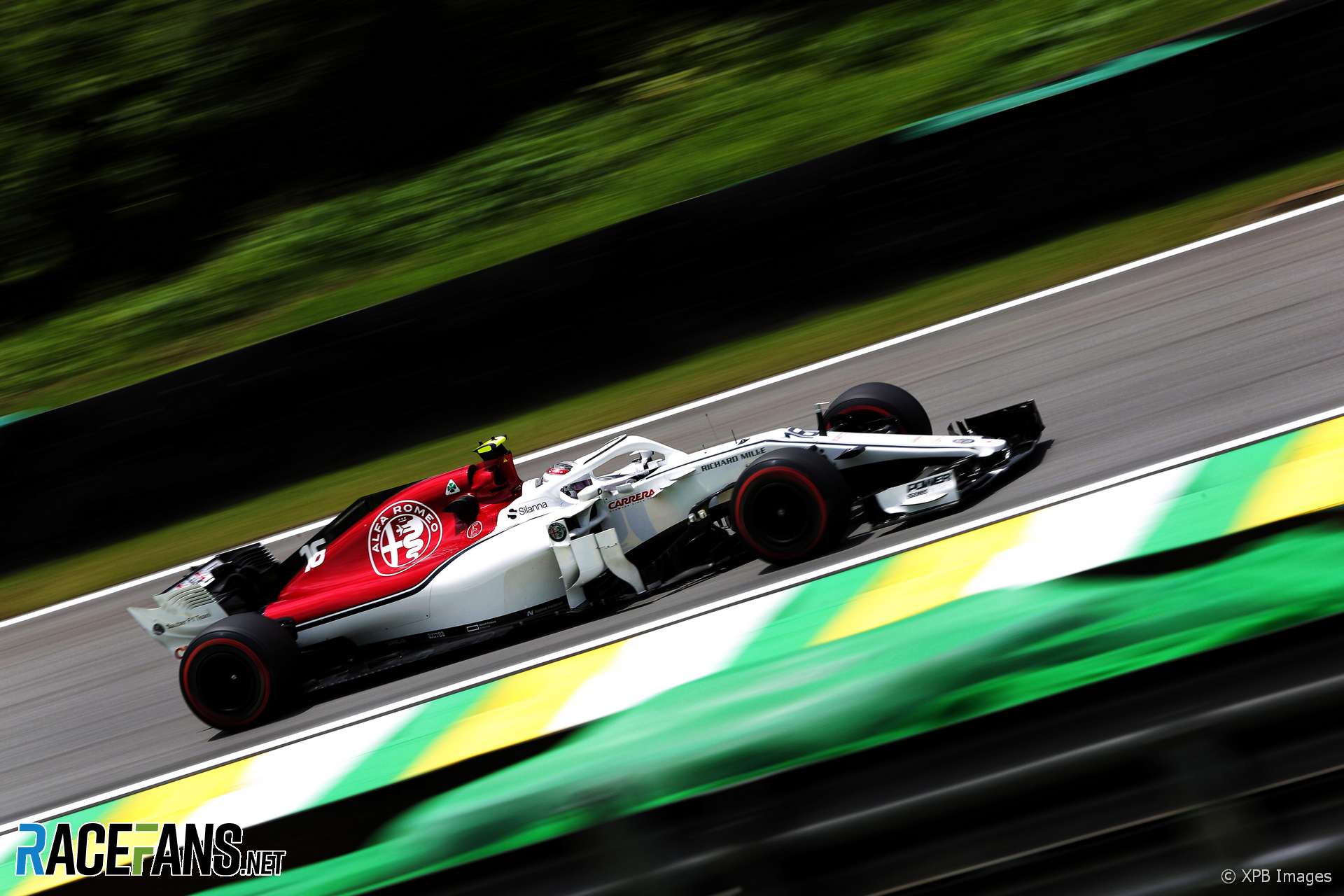 Charles Leclerc says Sauber didn’t expect to end the season with such a competitive car.

The 21-year-old, who will make his final start for the team next week before moving to Ferrari, was the first driver home after the ‘big three’ teams in Brazil.

Sauber has consistently made the biggest year-on-year gains with its car of any team since the middle of the season. Leclerc admitted the team has brought few upgrades during that time.

“I don’t think we expected to have such a good end of the season, [with] the end of the development programme for this year’s car so early. So it’s definitely looking good for them for next year, because they’ve had quite a bit of time to develop the car.”

Sauber has moved ahead of Toro Rosso in the constructors’ championship and Leclerc said their priority is ensuring they end the season where they are.

“We’re obviously not going to take stupid risks to gain one position if they are behind,” he said. “That’s for sure going to change a little bit our approach.

“But the goal remains the same, to do the best job possible every week, and to obviously keep them behind. We will change a little bit in some situations.”

8 comments on “Leclerc: Sauber didn’t expect car to be this strong”