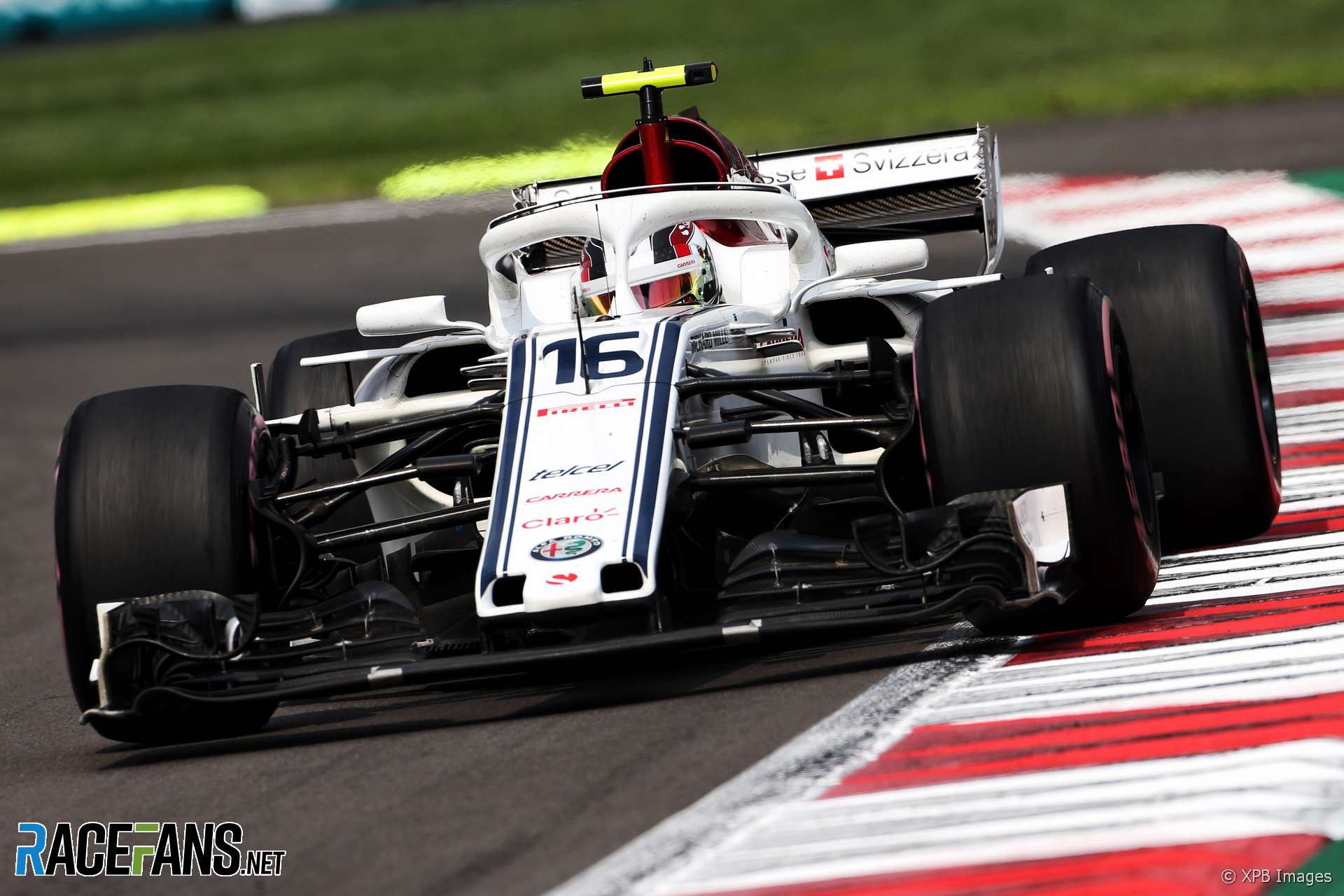 Sauber’s tyre-saving strategy in the Mexican Grand Prix was so extreme Charles Leclerc had to be told 50 times to slow down to preserve his rubber.

The team’s messages to Leclerc were so persistent he suspected his car had a fault the team didn’t want to tell him about over the radio. “Do we have a problem on the car?” Leclerc asked towards the end of the race.

Leclerc ran a one-stop strategy and was one of just five drivers who started the race on the softest, hyper-soft tyres. He kept these on for 13 laps then switched to super-softs for a 56-lap run to the chequered flag.

Sauber gave Leclerc his first instruction to save his tyres as he accelerated out of turn 11 on the first lap of the race. Except for a brief spell towards the end of his first stint, and a few occasions when he had an opportunity to gain a position on a rival, Leclerc was repeatedly told to protect his rubber throughout the 71-lap race.

To ensure he made his second set of tyres last to the end of the race Leclerc was given a lap time target of 1’25.5. His fastest lap of the race indicated he was capable of lapping at least five seconds quicker than that.

Despite his slow pace, Leclerc had consistently strong acceleration out of the final corner which, combined with his Ferrari power unit’s performance, made him hard to pass. “Leclerc is unbelievably strong in turn 16 exit,” commented Kevin Magnussen on his radio, “so I’m not going to overtake.”

Leclerc was frustrated by the repeated instructions to slow down and asked his team on several occasions whether he could push to catch Nico Hulkenberg ahead of him. “Charles, forget Hulkenberg,” he was eventually told, “our target is to stay ahead of [Stoffel] Vandoorne. You can slow down, slow down. We need more tyre saving.”