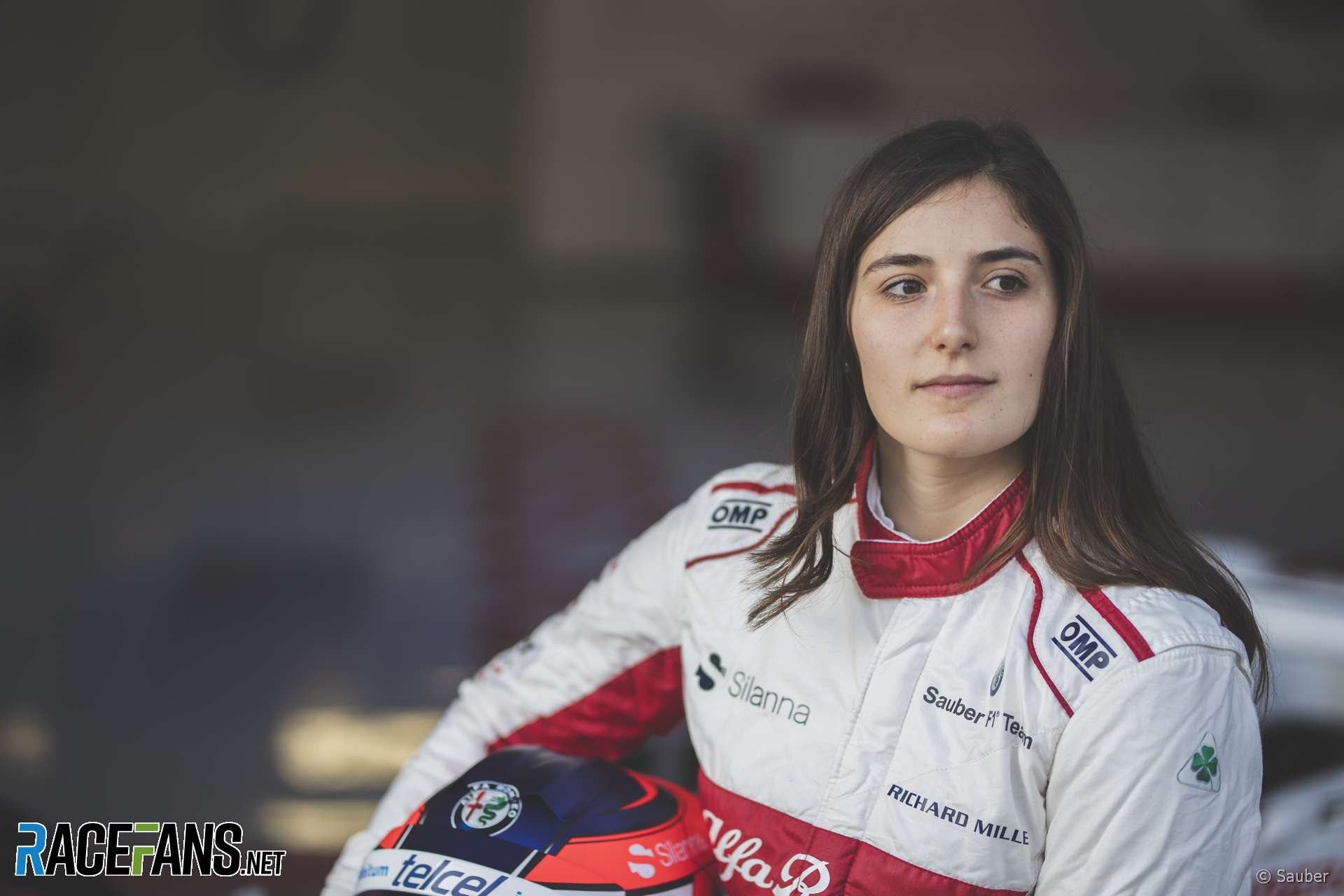 Sauber test driver Tatiana Calderon says she feels more comfortable in a Formula 1 car than junior series chassis ahead of he first run for the team in Mexico today.

Calderon had a seat fitting at the Sauber factory last week in preparation for her 100 kilometre demonstration run at the Autodromo Hermanos Rodriguez today. She will take over the chassis Antonio Giovinazzi is to drive in a Pirelli tyre test earlier in the day, meaning the team won’t be able to fully adapt it to fit her.

However the GP3 racer, who is around 10 centimetres shorter than the team’s race drivers, said Sauber has made several alterations to ensure she is comfortable in the C37.

“Certainly the pedals I need to raise my feet a bit so they had to make a platform,” said Calderon when asked by RaceFans. “Also because they have to come too much towards the front – they told me if I were to drive the ’19 car they need to modify a bit the pedals to be able to come more forward so they have to make special parts for me to fit in.

“Usually in GP3 I have to be spot-on in other angle I have with my arms. But being in Formula 1 with power steering I think this will make my life much easier.

“I don’t know if then I will like [it] more because of the feedback that I have. Certainly I think I feel more comfortable in a Formula 1 car than I’ve ever been in a GP3 or Formula Two in terms of the comfort of the seat and the way they did the seat fit.”

Calderon said the chance to drive the team’s current car was not part of her test deal with Sauber. “It was a great surprise,” she said. “I was definitely not expecting to make my debut in a C37 in Mexico.

“I thought OK, I will drive a Formula 1 car, but I never thought it would be the current one and so early.”

“That also gives you confidence because you know Fred [Vasseur, Sauber team principal], he’s a tough guy. If he trusts me to make my debut in the C37 it’s because he’s seen something.

“So for me that’s like an extra motivation and it means that we’re doing things right. I’m very thankful to the team for this opportunity.”