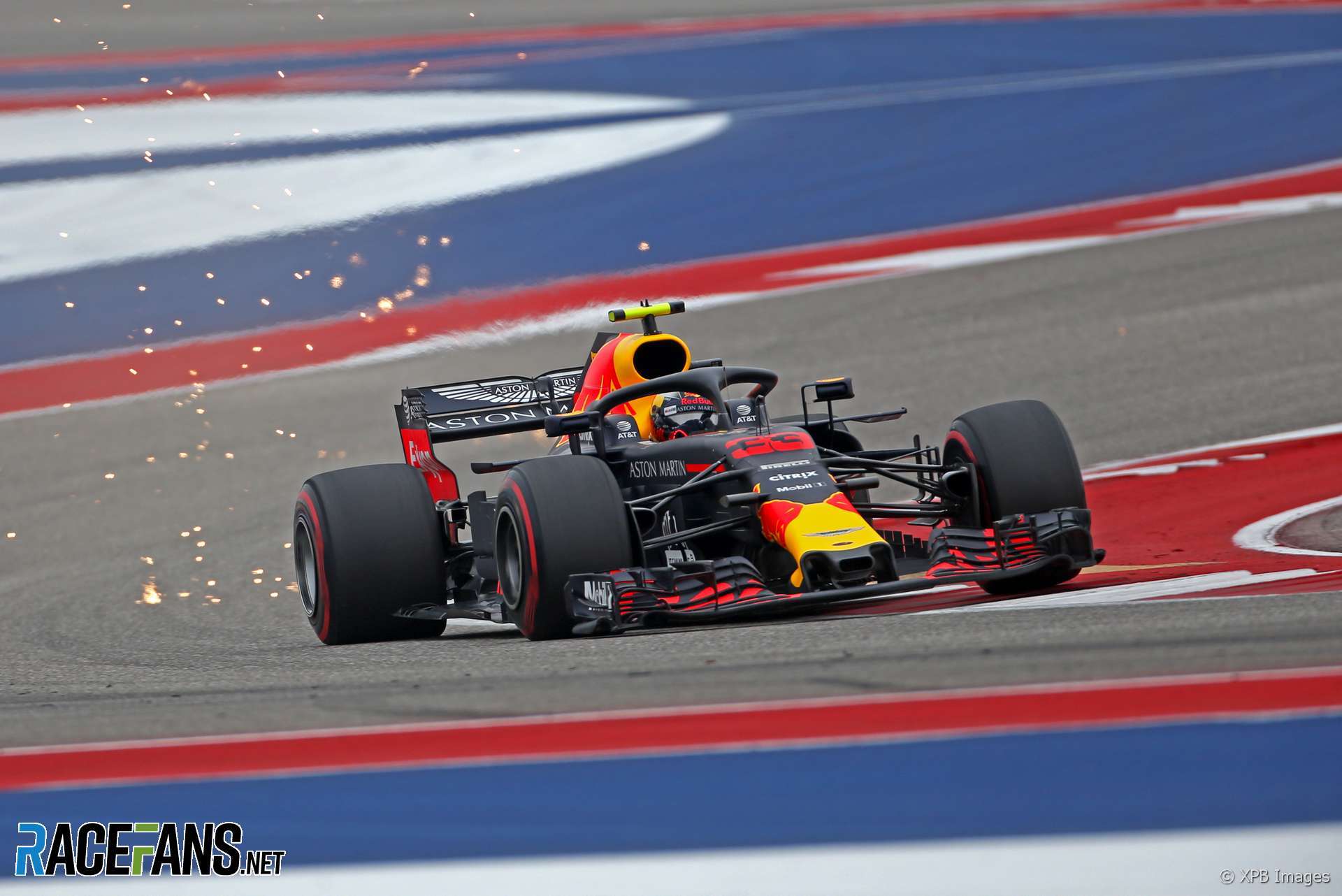 Max Verstappen has been issued a five-place grid penalty for replacement of his car’s gearbox, following suffering broken rear suspension in the first qualifying session yesterday.

Verstappen exited qualifying early after running over sausage kerbs at turn 15 and was only able to roll the car back to the pits, with no further running.

He had technically completed a lap good enough to get to Q2 but could not run in the session, starting fifteenth by the timing board but thirteenth once the two Toro Rossos’ power unit penalties had been applied.

Verstappen was listed as thirteenth on the provisional grid but race direction was notified by Red Bull after qualifying that the gearbox on his car would be changed.

The five place-penalty puts him back to eighteenth, still ahead of Pierre Gasly and Brendon Hartley.

Lewis Hamilton and Valtteri Bottas’ cars have both had water pump changes but without incurring a penalty. Racefans has learned that Bottas had a leak in qualifying and Hamilton’s data indicated an issue with his so the team have reverted both cars to an older, safer spec of pump without adding new elements.

At the time of Verstappen’s qualifying failure, Hamilton was also asked to return to the pits by his mechanics suspecting the risk of similar failure.

Red Bull teammate Ricciardo has confirmed he was warned about exceeding track limits over the kerbs by his engineer, saying. “They warned me about them but to be honest this morning already I saw a few cars use them, I think Max was one of them and I actually had a look at the data before qualifying this morning to see how much it puts through the car, the impact and already my engineer advised me not to do that so I was going to stay off.

“I hit the one last year, last lap in qualifying getting out of the last corner but I remember hitting that and it knocked the steering for the tow out so even when I used them last year it wasn’t worth it.”