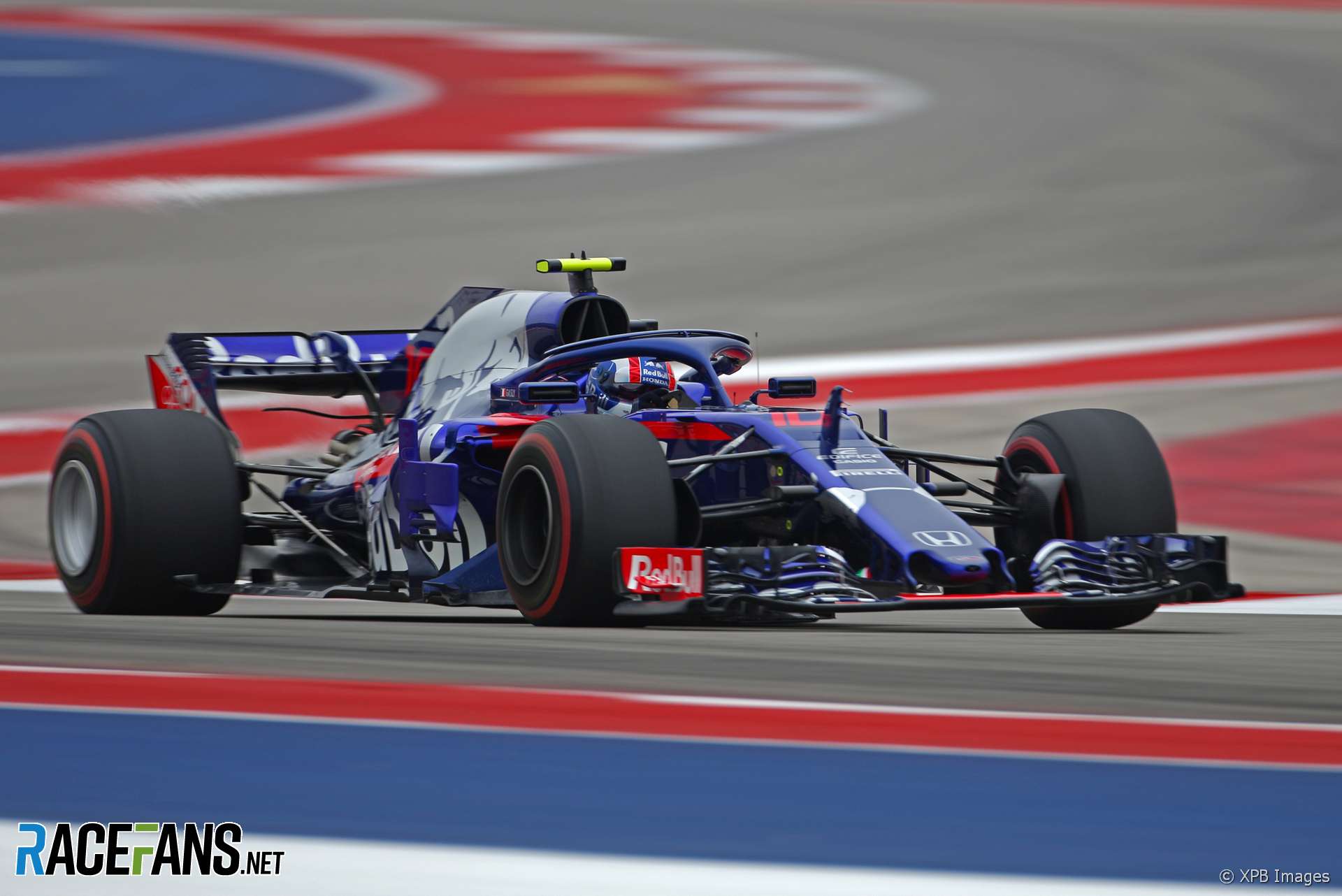 The Formula One drivers discussed how bumpy the surface is at Circuit of the Americas during their briefing, with Pierre Gasly saying it’s so severe that he is involuntarily biting his lips on the back straight.

Describing the level of the bumps, he said that although he thought the surface might have been even worse in the past, it was shaking the car severely enough to make him involuntarily bite his lip – “It’s quite bumpy, it’s true – I think it’s been worse in the past but still in the back straight you can feel it, even sometimes I bite my lips without doing anything. It’s really bumpy on the back straight.”

He said the bumps were noticeable but not causing major disruption, “It’s bumpy but it’s ok. For sure, turn 9 there’s a couple of bits and then the engine kind of spikes but it’s fine, it’s not uncomfortable.”

Ricciardo and Gasly both agreed that the bumps were more of a problem for MotoGP, for whom the track had been attemptedly ground down earlier this year. Gasly said that it could go as far as risking the MotoGP race here if it could not be resolved, “I think that actually the MotoGP riders said they don’t want to race here anymore if they don’t resurface the track so I think that it’s planned that they’ll do something.”

At the time of this year’s MotoGP race, it was actually Formula One cars that were blamed for the bumps caused by high downforce running. All tracks shared between the two series suffer from the need to resurface for bike racing, with COTA choosing to grind down the existing surface rather than lay new tarmac earlier this year, leaving huge amounts of dust on the track as well as a remaining bumpy surface for the riders.

Ricciardo agreed it was a bigger issue for MotoGP but said he didn’t think there was any need to resurface the track solely for F1 “I believe it’s more the motorbike guys who are complaining – honestly for us, it’s not smooth but it’s fine. If they’re resurfacing it just for us then it doesn’t need to be done, it adds a bit of character.”

Rain has interrupted running at the US Grand Prix so in addition to bumps the track has had less opportunity to be rubbered-in. Gasly said that there were significant improvements between sessions today, consequently – “The track improvement was quite big from P3 to qualifying and even between the runs. All the rain, for sure, this morning meant the rubber wasn’t really there so that was a pretty big track improvement.”