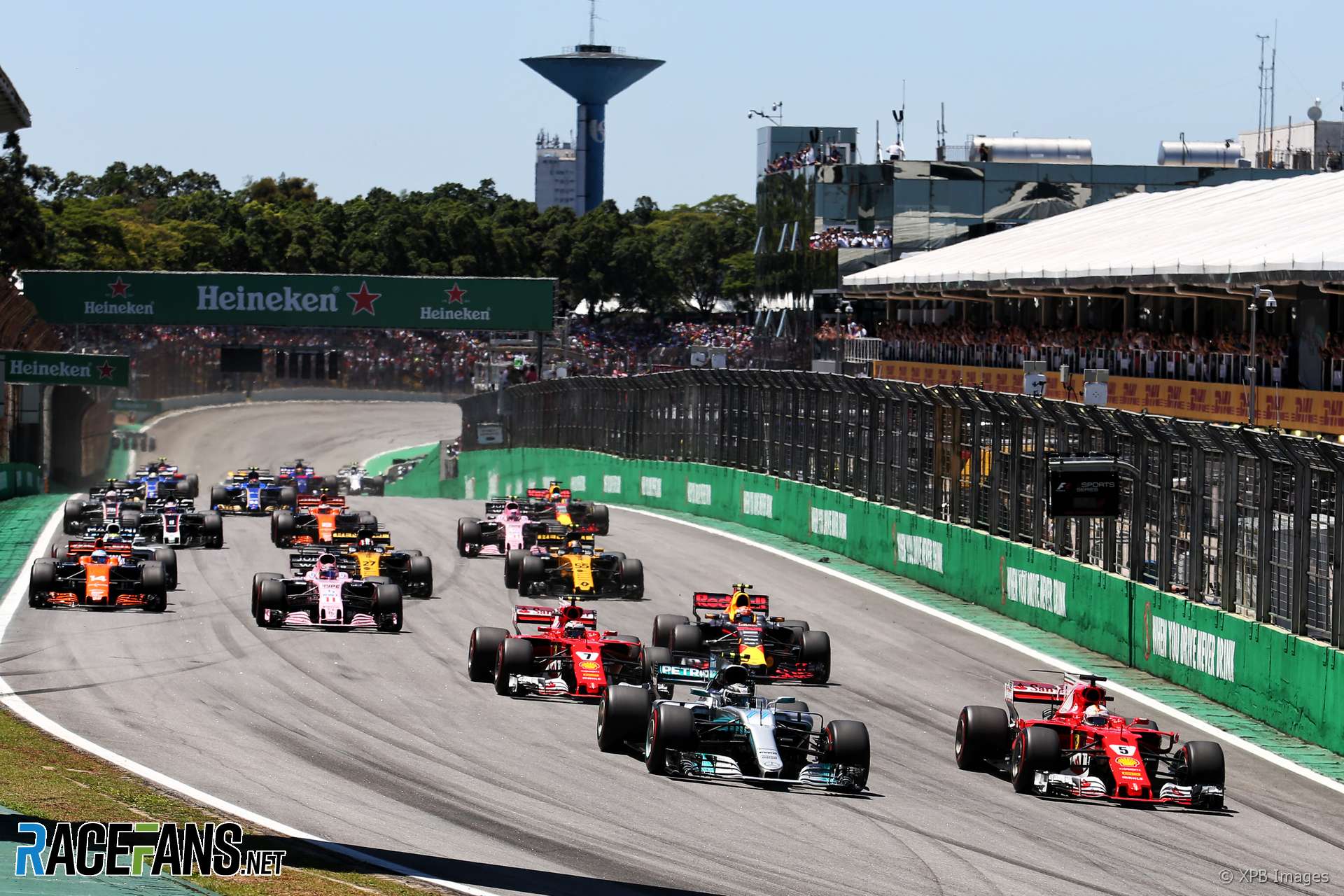 Formula 1 will not receive a hosting fee for the next three Brazilian Grands Prix at the Interlagos circuit in Sao Paulo, RaceFans can reveal.

The race’s last contract extension, which runs until 2020, was announced in 2014. The agreement included separate contracts with the race promoter and a financial arrangement with the city of Sao Paulo to cover F1’s hosting fee.

RaceFans has learned that while the promoter agreement was extended before Liberty Media took over as the sport’s commercial rights holder, the financial agreement was not.

Despite this the deal to hold the race is not thought to be at risk. This year’s Brazilian Grand Prix is set to take place on November 11th and next season’s race was included on the 2019 F1 calendar confirmed by the FIA World Motor Sport Council last week.

As a result F1 stands to miss out on a hosting fee for the race, which can run to tens of millions of pounds for other rounds of the championship, for three seasons in a row. F1 teams will therefore lose their share of the income from racing at one of the most distant venues from their European bases on the calendar.

Read more about the financial pressures F1 is facing in the latest instalment of Dieter Rencken’s RacingLines column later today on RaceFans.