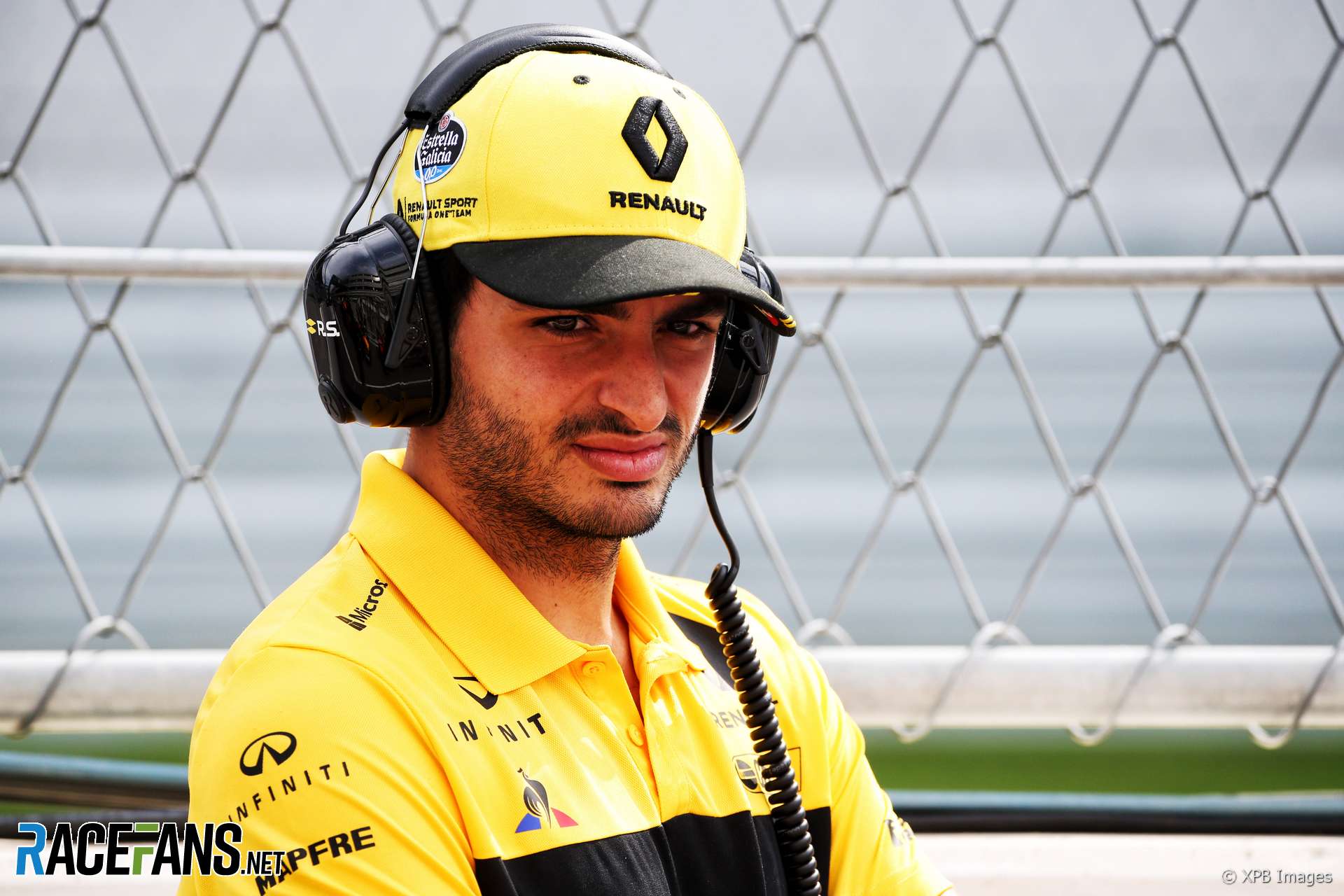 Carlos Sainz Jnr suffered with an eye infection on the first day of running at Sochi but expects to recover tomorrow.

“I’m feeling better today,” he said when asked by RaceFans after today’s practice sessions. “I don’t know why, I got a strange infected eye which gave me also a bit of fever and a bit of throat pain so I was a bit of a disaster yesterday.

“I’m nearly back to normal, probably a bit short on energy but tomorrow should be fine.”

Sainz noticed the infection on his flight to Sochi but says it hasn’t affected his vision or his driving. His eye has been inspected by a doctor from Hintsa Performance.

“They give me antibiotics for the eye and some ibuprofen for the throat,” he said.

Despite being unwell, Sainz said he would have preferred not to sit out the first practice session today, when Artem Markelov drove his car.

“So thanks to that, pick up some data and improve for FP2 but we have obviously to do it all over in FP2.”

It’s not the first time Sainz has been unwell during a race weekend this year. He blamed a “poison banana” for giving him nausea during the Australian Grand Prix.

2 comments on “Sainz expects to recover from eye infection tomorrow”