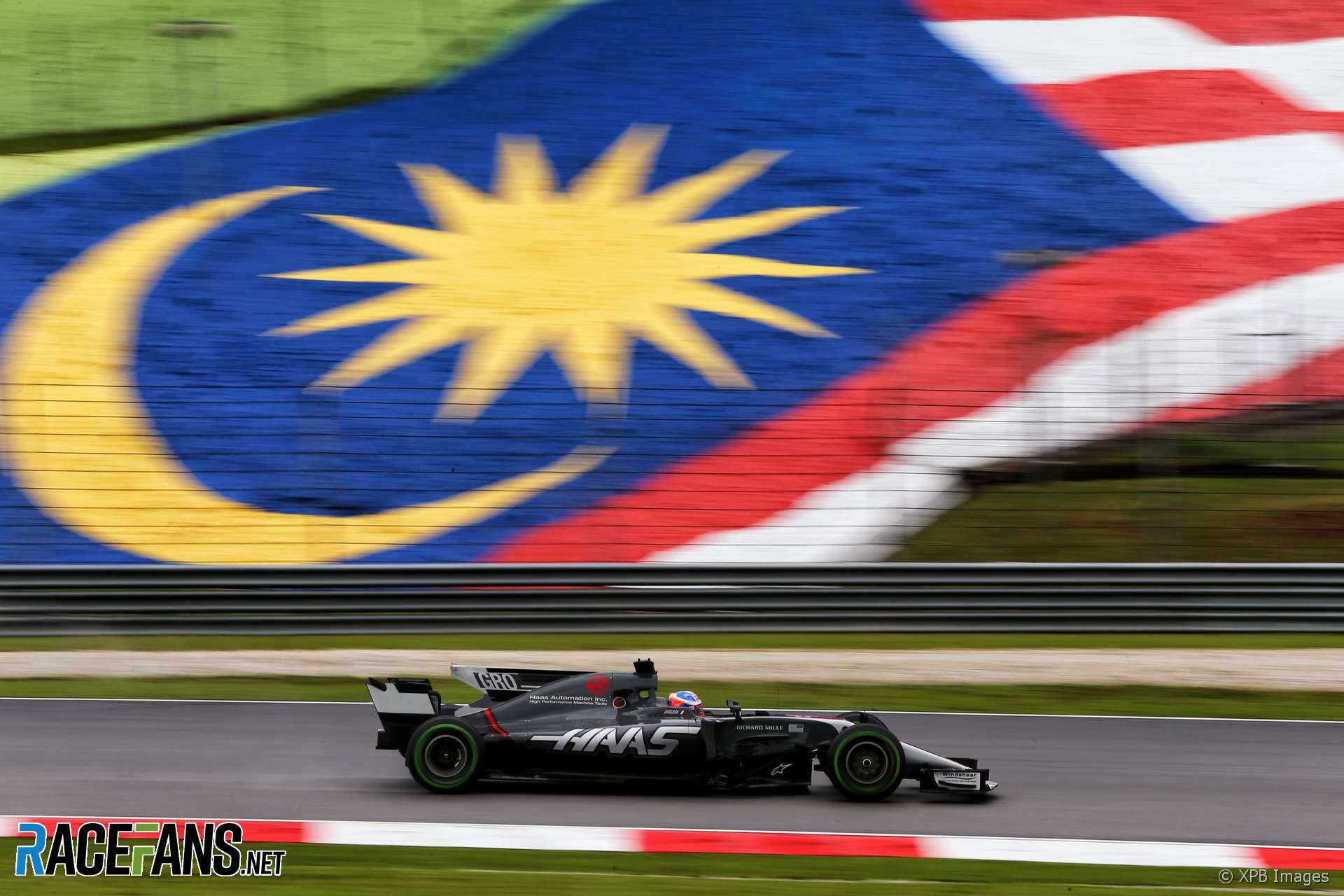 Haas has received a compensation payment from the Sepang International Circuit for the damage caused to one of its cars in a crash last year.

The team has been in negotiations with the former Formula 1 venue for almost a year since Romain Grosjean hit a loose drain cover at turn 13 and crashed heavily.

Team principal Guenther Steiner confirmed today they have received a payment from the the circuit’s insurers.

“We settled, the insurance were very good to deal with and we are happy,” he said. “The insurance was very professional, they stood up for their responsibility.”

Despite the long wait for a settlement, Steiner said he was “not surprised” by the outcome.

“It’s [been] a year now roughly, it’s a long time this case. I think it’s the first [time] something like this happened.

“It got sorted, they were good to deal with. There was so many parties involved as well. These things take always time. An insurance claim is never quick.”

The value of the payment has not been disclosed, but Steiner confirmed team only sought to cover the damage done to Grosjean’s VF-17 chassis.

“We were not looking for anything else. They agreed it wasn’t our felt, there was something that went wrong and that’s why they have insurance.”