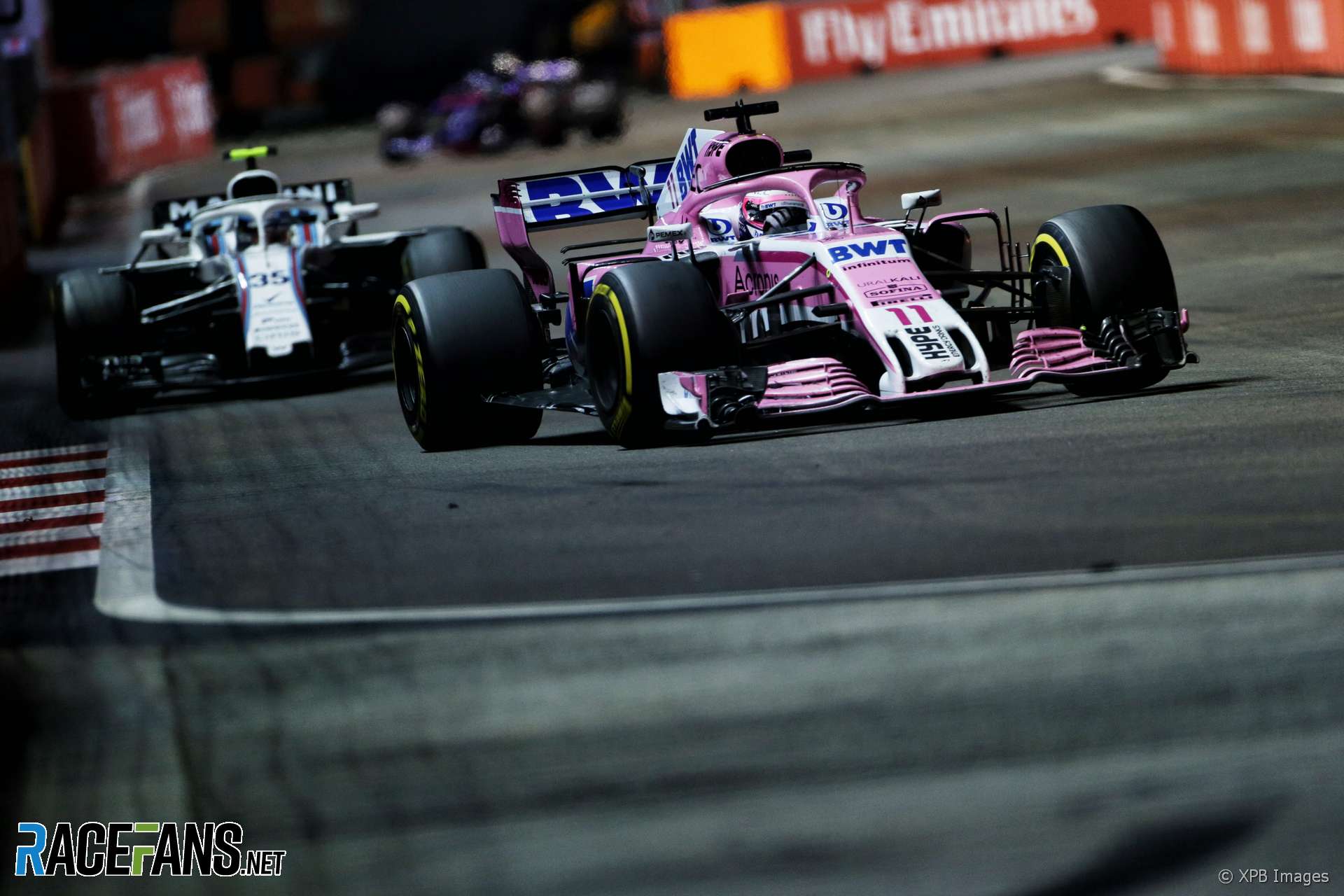 Whiting, who can refer incidents for to the stewards for investigation but does not rule on them, said his interpretation of the collision was that Perez misjudged how close he was to the Williams.

“I haven’t spoken to him, nor are the stewards as far as I’m aware, but it’s hard to believe that a driver would actually intend to hit a car,” said Whiting.

“He’d been trying hard to get past Sirotkin and he looked a little bit frustrated. And I just think he misjudged how far he was in front of him because obviously you saw how closely they were racing all the way through [turn] 14, 15, 16, 17, and I think he just misjudged it.”

Perez, who also collided with team mate Esteban Ocon earlier in the race, said he was trying to “close the door” on Sirotkin.

“It was hard racing, he was defending his position very hard, battling hard, moving under braking,” said Perez. “I had a lot of lock-ups just at the end of braking. And then as I was going through him I tried to close the door but I think he was too close there.”

“I have to see the incident but I probably closed the door earlier than I should so I have to double-check but I think it was fair, the penalty,” he added.

There were harsher penalties available to the stewards, Whiting pointed out, including a 10-second stop-go penalty, which was given to Sebastian Vettel when he was found to have deliberately hit Lewis Hamilton’s car during a Safety Car period in last year’s Azerbaijan Grand Prix.

“They could have given him a 10-second stop-and-go penalty and the next step would have been a black flag,” said Whiting.

“The Safety Car was out in Baku so you could say it wasn’t… I wouldn’t say safer, but less likely to cause a big accident than when you’re travelling at racing speeds. But that’s a decision the stewards took, presumably they took that into account.”

Whiting rejected Perez’s complaint that Sirotkin had unfairly changed his line in the braking zone.

“The team asked us to look into it, he complained about this happening in turn seven and turn 14. We didn’t see anything that gave us any trouble.

“He complained again and we looked again, frankly he simply wasn’t close enough. Sergey was maybe just being circumspect and moving over to the right going into turn 14 but as they were approaching the corner just moved slightly left.

“It wasn’t as if Sergio was really close, he was a good distance back. So I just said to them he’s going to have to get a lot closer if we’re going to start looking at exactly what [Sirotkin] was doing under braking. It really wasn’t an issue for us.”