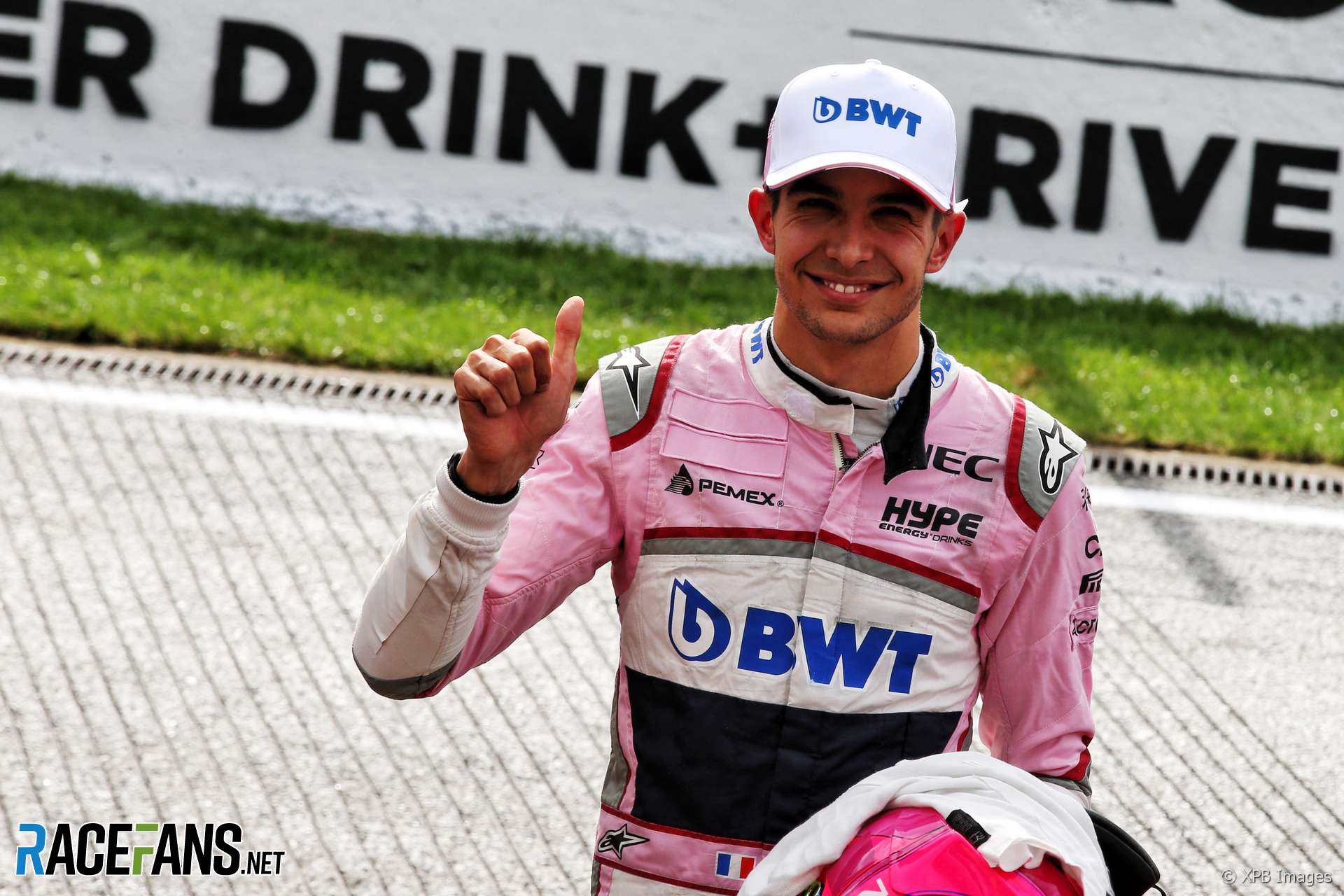 Esteban Ocon says he hopes more results like his qualifying performance at Spa today will help him keep his place in Formula 1.

The Force India driver took qualified a career-best third for the Belgian Grand Prix. However his future is in doubt as Williams driver Lance Stroll has been tipped to take his place at the team. As RaceFans revealed earlier today Stroll is expected to do a seat fitting at Force India next week.

Ocon admitted there are questions over his future but believes he can make a case for keeping his place in F1.

“For sure my future is not done,” he said during the press conference after qualifying. “I don’t know where I will race next year or what I will do.

“So as I said the only thing I can do is to do well on track, to focus, do the same job as before, try to do the best. If you do a strong job in Formula 1 the team they can’t skip you, they need to have you. That’s what I’m trying to do.”

Lewis Hamilton and Sebastian Vettel, who qualified ahead of Ocon, praised the 21-year-old’s performances so far. Vettel said he hopes Ocon doesn’t get overlooked in the 2019 driver market.

“That’s why I think it’s good for him to have this result today and he should get mentioned I think.”

Ocon said it was “awesome” to hear praise from two multiple world champions.

“I will see what the future is going to bring. I’m managed by Mercedes, and they’ve taken great decisions for me in the past, so I’m sure it will be the same again for me in the future hopefully, and I will be sorted out.”