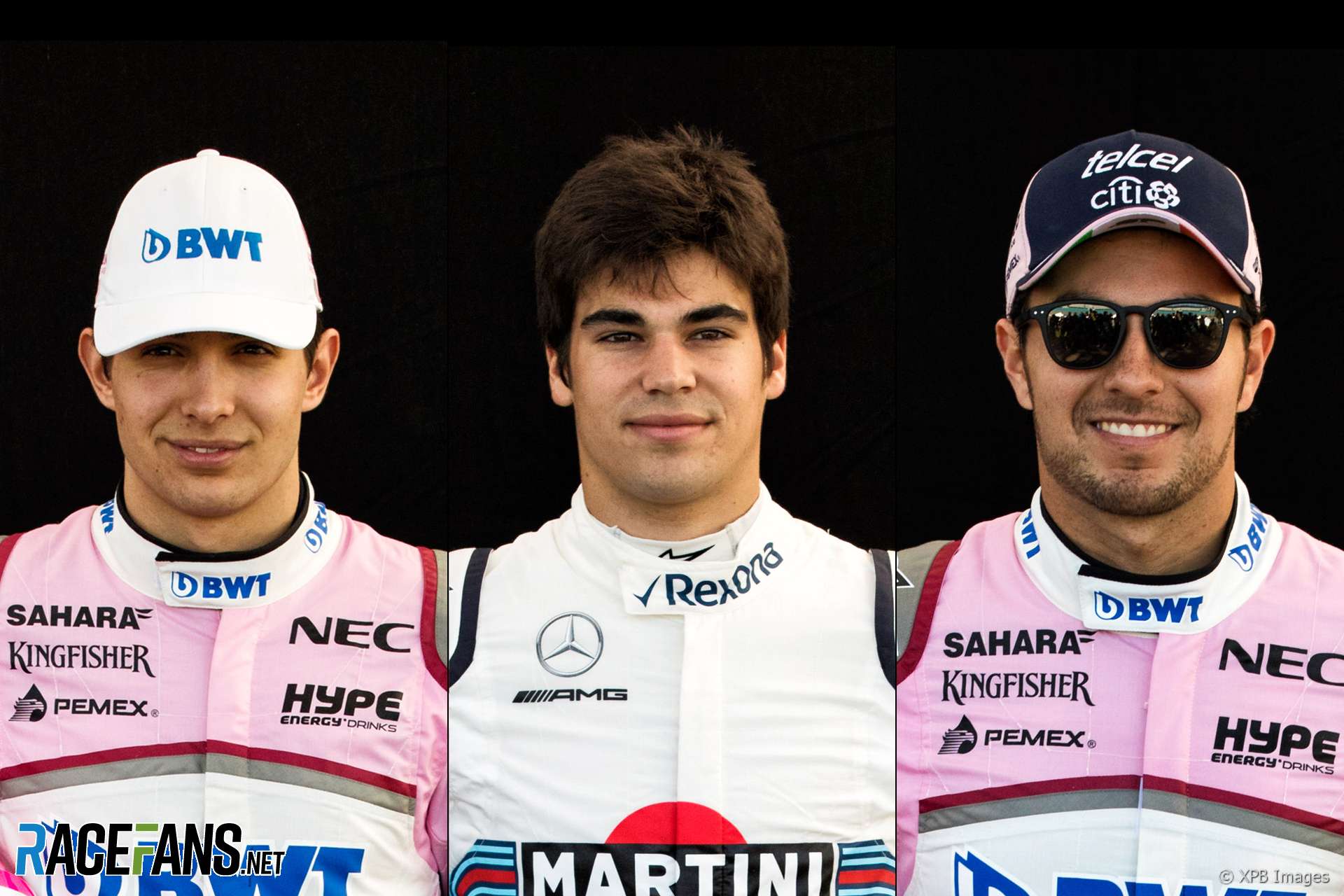 Three Formula 1 drivers all have strong claims to a drive at Force India next year. And according to some, one seat could even change hands before the next race.

What is clear is the team’s future is much brighter following its exit from administration two weeks ago. But now we can expect they will take part in the 2019 F1 season, who is likely to drive for them?

In Sergio Perez the team has a driver who is both quick and brings funds. He’s only likely to move on if he senses a better option elsewhere. There is no room at Mercedes or Renault, and Ferrari and Red Bull are unlikely to be options.

That leaves one likely alternative if Perez chooses to look elsewhere: Haas. The team has had a Mexican driver before and Mexico is a significant market for the company. Team principal Guenther Steiner has hinted at frustration with the amount of points Romain Grosjean has thrown away, and in Perez the team could have a capable, experienced and well-heeled replacement.

Perez has admitted he is “lucky enough to have a couple of options” for his destination in 2019. But note that this quote was widely reported after it emerged he played a role in putting Force India into administration, he actually made the comments on the day before the proceedings began.

Matters may have changed since then. It is hard to imagine Perez and his manager Julian Jakobi would have taken the radical step they did without some kind of guarantee about his future at Force India. Perez, therefore, may be the most secure of the three.

Lawrence Stroll is among the investors which stepped in to save Force India. Several of the other names have close ties to him through the fashion business. That means Lance Stroll has to be considered a strong tip for a Force India seat.

Could, as some have suggested, this happen in time for the next race at Spa, alongside Perez? And might that open up an opportunity for Robert Kubica to finally make a shock return to racing, filling Stroll’s vacant seat at Williams?

While a fairytale return for Kubica has obvious appeal, his many supporters may realise this scenario is wishful thinking. In the unlikely event that Stroll is prepared to break contracts at both Williams and Force India’s ends to get his son into a more competitive car immediately, the simpler arrangement would be to slot Mercedes junior Esteban Ocon into a Mercedes-powered Williams.

A mid-season swap is the less likely outcome, but Ocon’s position for 2019 looks like the most under threat. As with the enforced departure of the improving Carlos Sainz Jnr’s from Renault, this would be a harsh verdict on Ocon, a driver who’s made great gains this year.

But in F1 politics and economics usually have a great, if not greater, say in who goes where.