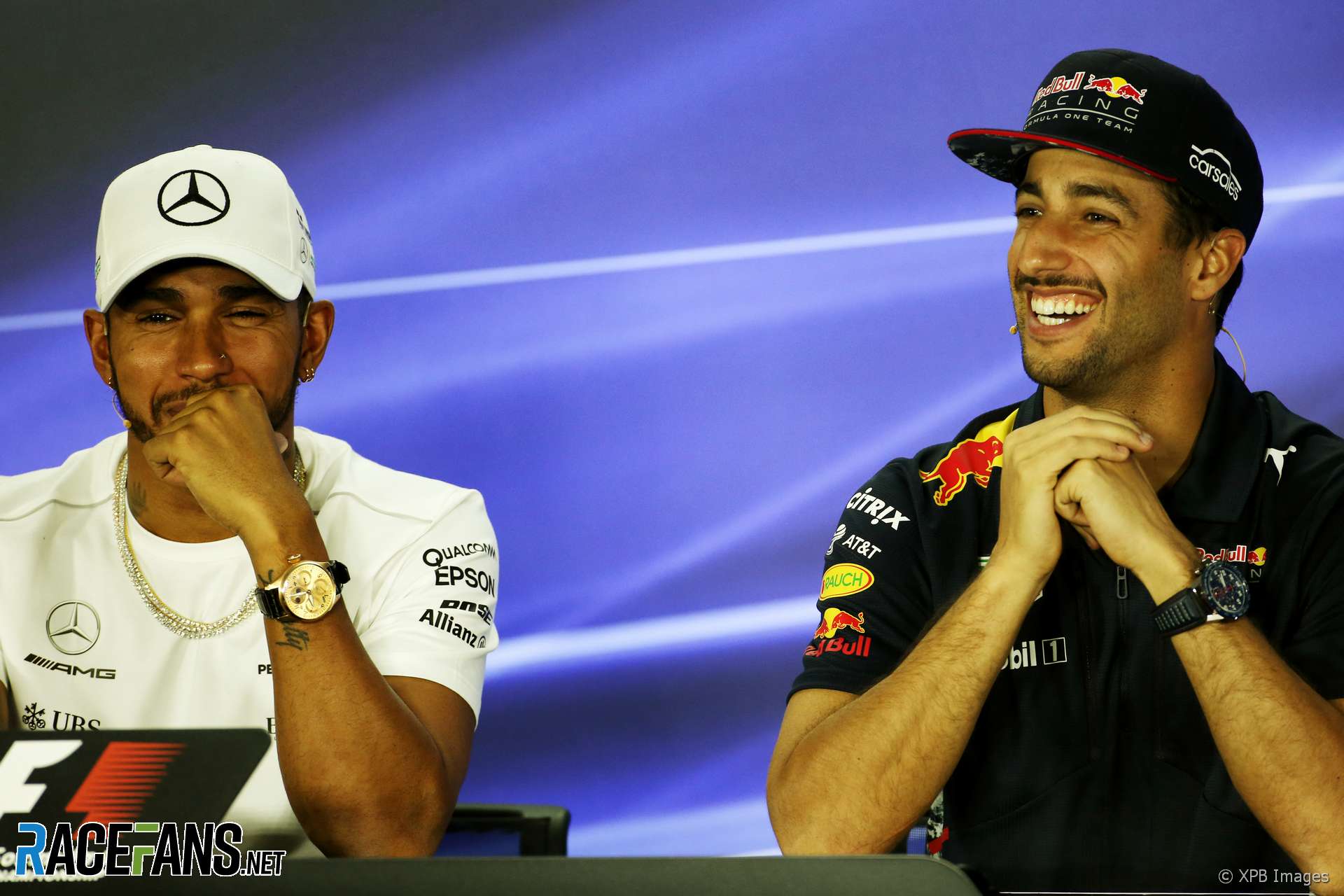 What was behind Daniel Ricciardo’s shock decsion to quit Red Bull, the team he has been part of for 11 years, and throw his lot in with Renault?

Was it a creeping sense that in Max Verstappen, Red Bull has a new favourite son? Did Ricciardo see himself as becoming the Mark Webber to Verstappen’s Sebastian Vettel?

The relationship between the pair had been fairly harmonious until this year. Verstappen arrived in a blaze of potential and stunned Formula 1 by winning his first race for the team.

Ricciardo has consistently out-scored his team mate. Over the opening races of this season, when at times Verstappen couldn’t get through a weekend without getting caught up in some scrape or other, Ricciardo racked up the points and looked like a potential title contender until a string of technical problems did for him.

There was one other costly loss of points, of course: Baku, where Ricciardo went up the back of Verstappen’s car while trying to overtake him, taking both out. Red Bull were quick to tell the media they considered the pair equally responsible for the incident – pre-empting the stewards’ investigation which, unsurprisingly, stuck to the same interpretation.

But Ricciardo cannot have been happy with how hard Red Bull allowed Verstappen to race him in the laps leading up to the collision, including a wheel-banging incident which could have put both out of the race. At the time of the final collision he’d already passed Verstappen once and had good cause to feel frustrated the team were leaving him to do it again after an unfortunately timed pit stop had put Verstappen back in front of him.

Then there was the qualifying incident at the Red Bull Ring. This odd squabble over which driver should have the benefit of running in the slipstream of the other appeared to originate entirely with Ricciardo. But the fact he chose to make a point of it, and turn it into an issue on the track, suggested something was up.

By then Red Bull had already announced their impending switch to Honda power for next season. Ricciardo arrived at Red Bull in 2014 just in time to miss the team’s multiple world championship-winning Renault V8 and be lumbered with Renault’s far less competitive V6 hybrid turbo. Yet he clearly fancies sticking with that more than using a Honda which on its best days seems only as good as the Renault.

There’s more to it than that, however. Renault is a factory-backed team, and drivers understand the value of that alignment in the current era of manufacturer dominance.

Ricciardo has been fielding questions about his coming decision for months. After the Honda deal was announced, he gave this insightful assessment of the merits of moving to a team such as Renault. He compared it to Lewis Hamilton’s 2012 decision to join Mercedes – a call which, in retrospect, was indisputably a masterstroke:

“McLaren and Renault aren’t there today but maybe they will be there in a year or three years’ time. You never really know. Lewis pulled the trigger pretty well, whether he fluked it… he says that he really knew what was going to happen, I don’t know.

“Whether he fluked it or not obviously he’s done well for himself with that move. Whether it’s just a fantasy for everyone else I don’t know but at least there’s a little bit of proof that something like that could potentially happen again.”

With doors closed at Mercedes and Ferrari deciding between Charles Leclerc and Kimi Raikkonen, for Ricciardo the decision boiled down to Renault versus Honda.

“I think it’s fair to say they’re both on the up,” he said. “It’s just who’s going to get there quicker, that’s the unknown.”

“Obviously Red Bull believe Honda’s the right ones.” And equally obviously, Ricciardo does not.