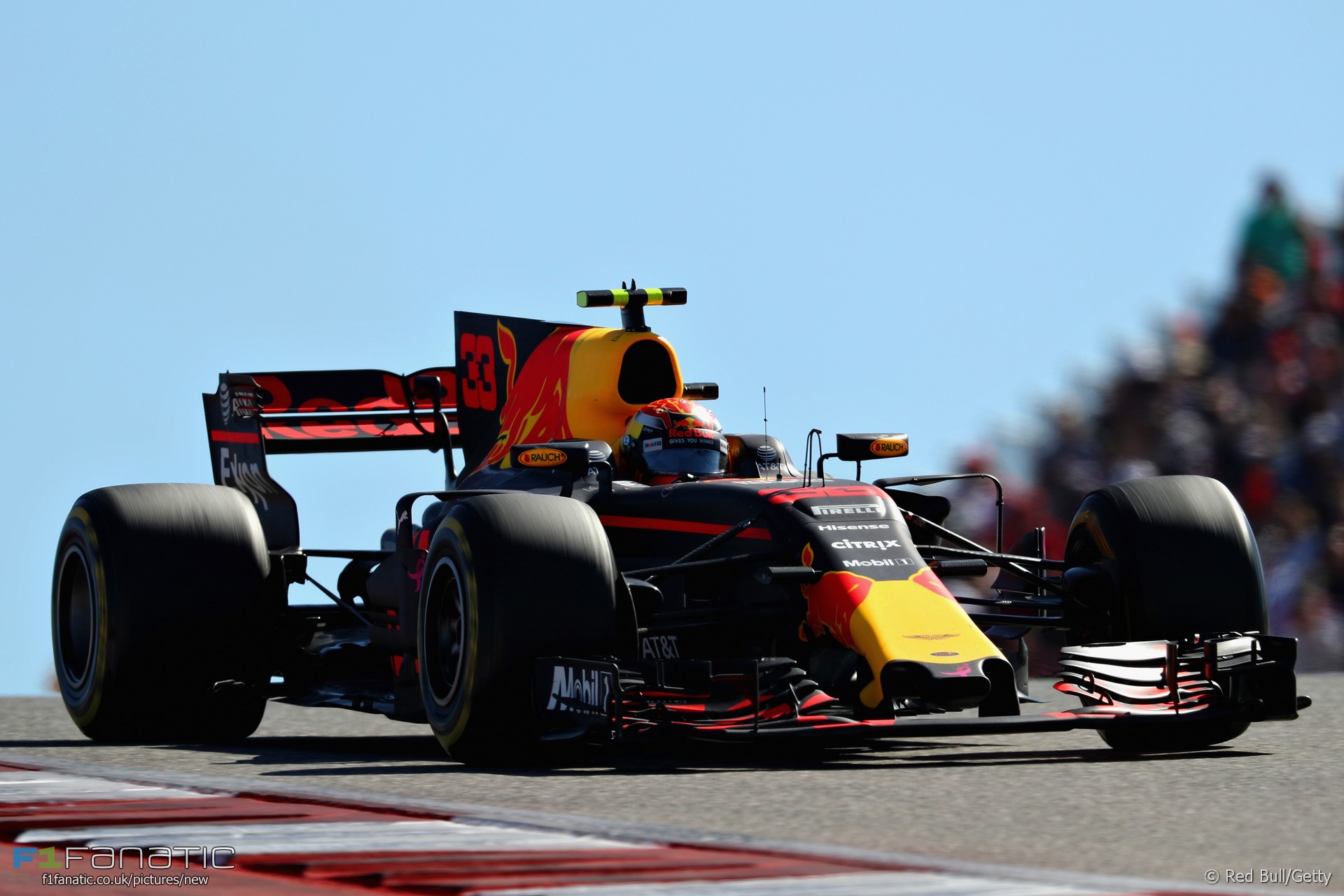 Max Verstappen says his pass on Kimi Raikkonen on the final lap of the United States Grand Prix was his best of the year despite the fact it earned him a penalty.

The Red Bull driver had all four wheels off the track when he passed Raikkonen for third place at turn 17 and was given a five-second time penalty which relegated him behind the Ferrari driver.

However Verstappen told his official website it remained his favourite move of the year. “This year I actually didn’t have that many overtakes,” he said. “With this car you are actually only able to overtake on the straights. Which is really not that satisfying compared to last year.”

Verstappen strongly criticised the penalty at the time, blaming “one idiot steward up there who always makes the decision against me.” However he says he has now made his peace with the decision.

“Of course, at first your initial reaction is something like: ‘Why? It was a great move'” he said. “But when you look at the rules, it was not correct.”

“Nothing was by the book that whole weekend. Drivers were getting off track without being penalised for it.”

“But you always need to focus on the positives: it was still a nice race and everyone enjoyed the excitement all the way down to the final lap. It’s always nice to be on the podium, but to finish fourth after having started sixteenth, is still a great result. It wasn’t as painful as most people thought it was. In the end I made my peace with it.”

40 comments on “Controversial pass on Raikkonen was “not correct”, Verstappen admits”