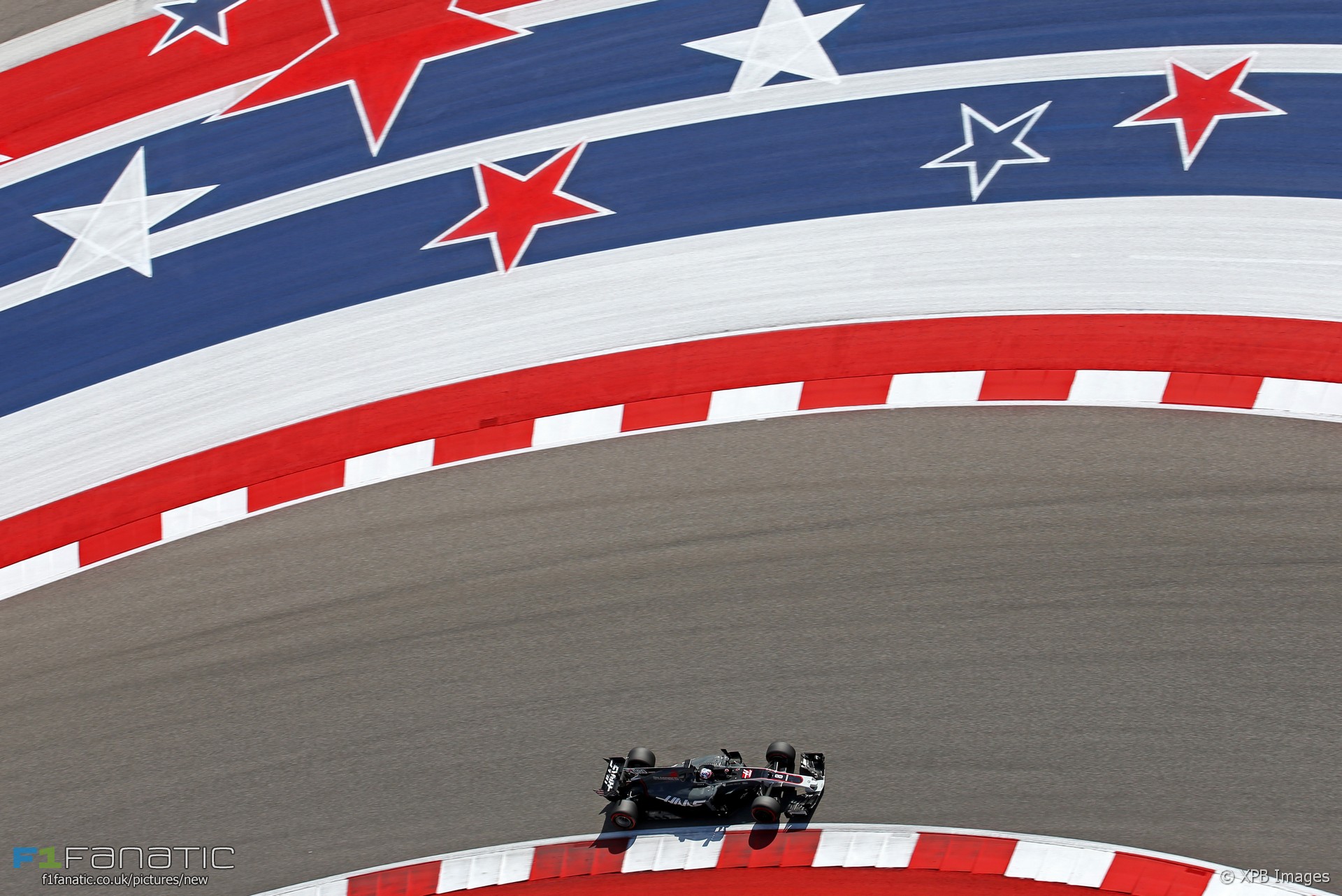 Kevin Magnussen has been given a grid penalty for the United States Grand Prix for holding up Sergio Perez during qualifying.

The Haas team and driver took responsibility for the incident and apologised to Perez. Haas said they had incorrectly told Magnussen that Perez was not on a timed lap and therefore did not need to be let past.

After speaking to both drivers and considering television and CCTV footage of the incident as well as team radio messages, the stewards gave Magnussen a three-place penalty.

Magnussen was also given a penalty point on his licence for impeding Perez. It’s the eighth penalty point he’s been given in the current 12-month period which is more than any driver besides Daniil Kvyat, who has 10.

Perez acknowledged Magnussen “didn’t do it on purpose” but added “often him or Haas have been getting the information wrong so I think it’s something they have to improve at.” He pointed out the incident meant he had to use an extra set of ultra-soft tyres in Q1, leaving him with one fewer set for Q3.

8 comments on “Magnussen handed grid penalty for holding up Perez”