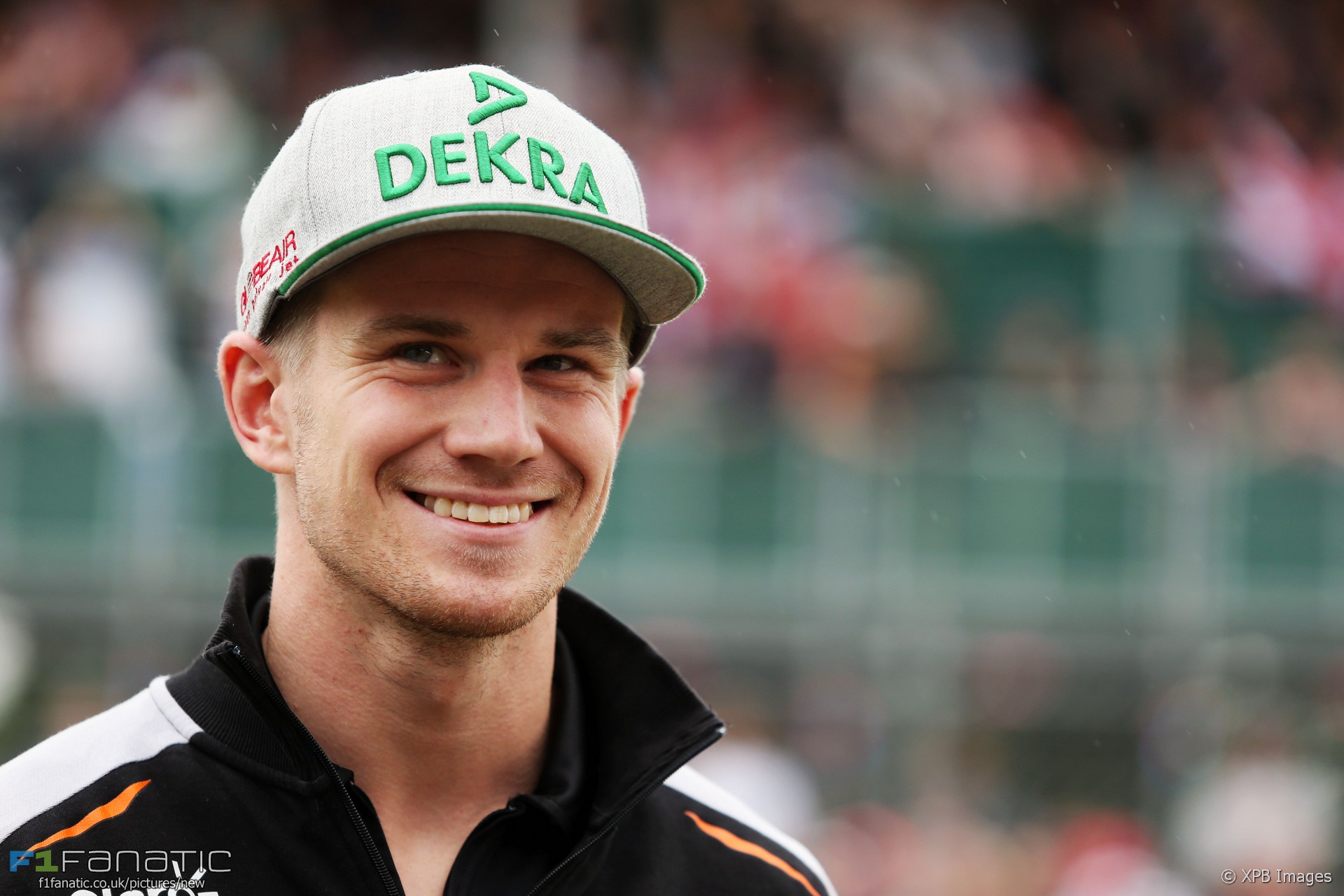 Nico Hulkenberg will race for Renault in 2017 after a signing a ‘multi-year’ deal, the team has announced.

The 29-year-old will join the team from Force India, who he has driven for in the last three seasons.

“Renault has always been a big player in the motorsport world that brings up incredible memories,” said Hulkenberg. “In his stint with Renault, Michael Schumacher not only helped make Germany an F1 nation, he also sparked my enthusiasm and fire for racing.”

Schumacher used Renault power when he won his second world championship with Benetton in 1995.

“It has always been my dream to work for a manufacturer team,” Said Hulkenberg. “F1’s new regulations will change the game and give our team a good opportunity. In the years to come, Renault will play a challenger role, which fits my approach to racing 100%. I can’t wait to become part of the family.”

Hulkenberg thanked Force India for allowing him to make the change.

Renault’s announcement means at least one of their present drivers, Kevin Magnussen and Jolyon Palmer, will not drive for the team next year.

Hulkenberg made his F1 debut with Williams in 2010, having previously been the team’s test driver. However he was replaced by Pastor Maldonado at the end of the season and joined Force India as a test driver. He was promoted to their race team in 2012 but switched to Sauber the season after. He returned following an unsuccessful season with the Swiss team and has been at Force India ever since.

Last year he also drove in two rounds of the World Endurance Championship for Porsche and won the Le Mans 24 Hours in a 919 LMP1 car shared with Earl Bamber and Nick Tandy.

See the updated list of 2017 F1 drivers and teams

46 comments on “Hulkenberg switches to Renault for 2017”