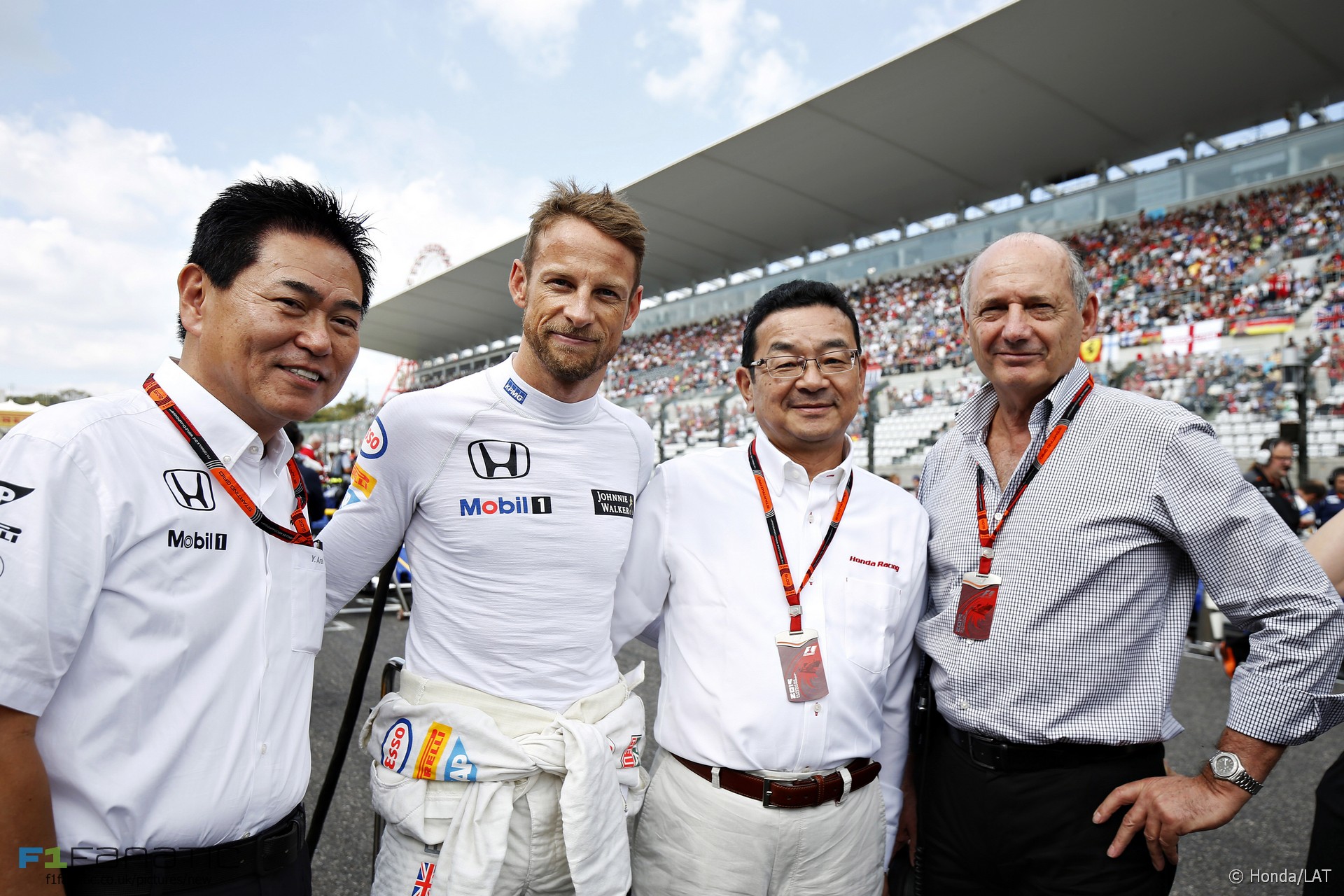 Jenson Button will continue to drive for McLaren in 2016.

Button and McLaren have endured a difficult season with their uncompetitive Honda power unit, and at one stage it appeared as though Button would call time on his 16-year F1 career.

However the 2009 world champion said he chose to continue with the team because he believes the Honda programme will eventually bear fruit.

“Over the past month or so I have done quite a lot of thinking, and it is no secret that I was at one point in two minds about my future,” said Button.

“But I have been a McLaren driver for six seasons now, and in that time I have got to know [McLaren CEO] Ron [Dennis] very well. He and I have had some very good chats these past few weeks, and during those chats it has become clear to me that Ron is both utterly determined and uniquely equipped to lead our team through its current difficulties to great successes in the future.”

“That gives me great confidence, and it is for that reason that, together, he and I have decided to continue our partnership; and, as soon as I had made that decision, straight away I realised it was the correct one.”

Dennis said he had chosen not to exercise an option in the two-year contract Button signed last year which allowed him to cut the deal short.

“As I have made clear whenever I have been asked about the subject, Jenson’s current contract is of two years’ duration,” he said.

“There is a ‘terminate after year one’ option that McLaren could have triggered if we had wished to do so, but, once it became clear from my many conversations with Jenson that he remained as enthusiastic and as committed and as focused as ever, that option immediately became an irrelevance.”

“That being the case, Jenson will race for McLaren-Honda next year, under the terms and conditions as set out in the two-year contract that both parties entered into a year ago.”

See the updated list of 2016 F1 drivers and teams