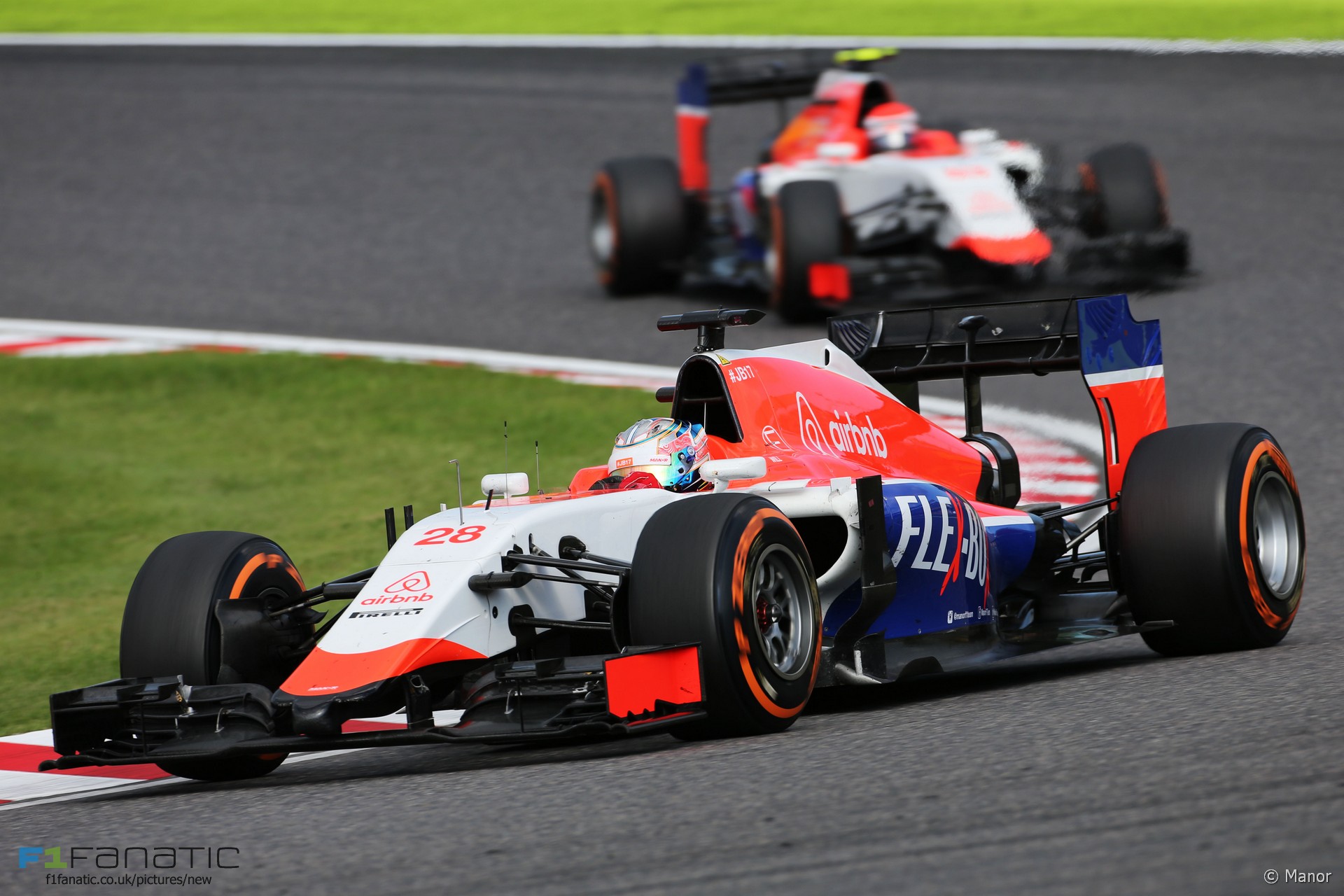 F1 tail-enders Manor have secured a deal to use the class-leading Mercedes power units from 2016.

Manor has been using 2014-specification Ferrari engines this year, however Mercedes confirmed the team will have a supply of “current-year Mercedes-Benz power units”. Manor will also use ‘fluid technology solutions’ supplies by Mercedes partner Petronas.

Mercedes’ managing director Andy Cowell confirmed Manor will be one of their “three customer teams for 2016”. Current customer Lotus is closing on a deal to be taken over by Renault next year.

The move likely spells a definitive end to Red Bull’s chances of securing the coveted Mercedes power units for next season.

“Although there were many factors governing our selection of an engine partner to help power us towards our long-term ambitions, ultimately the strength of the Mercedes-Benz package speaks for itself,” said Manor team principal John Booth.

“2015 has been a rebuilding year in every aspect of our operation. Although we have not been able to make the incremental strides in competitiveness that the team has enjoyed in previous seasons, we have put in place a strong foundation from which to progress.”

“Together with the potential we are seeing with our 2016 car in the wind tunnel, the Mercedes-Benz power unit will assist our return to aggressive performance development with effect from next season.”

82 comments on “Manor gets “current-year” Mercedes engines for 2016”