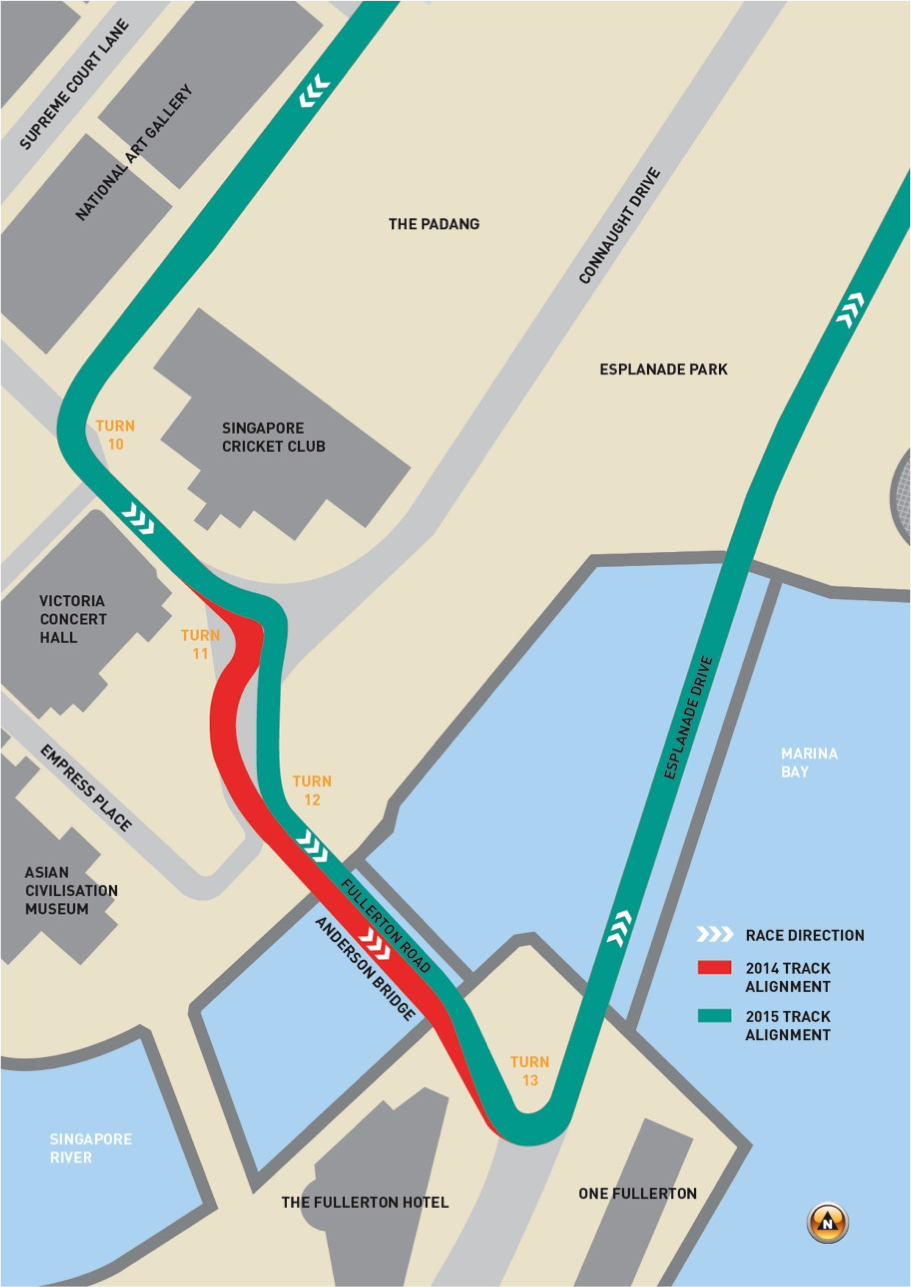 The Singapore Grand Prix track layout has been revised in an attempt to aid overtaking around the tight street circuit.

Turns 11, 12 and 13 have been reconfigured to alter the approach to the turn 13 hairpin, which leads onto one of the longest flat-out sections on the track.

Where turns 11 and 12 previously formed a fast chicane, turn 11 has now been tightened to produce a lower apex speed. The car will continue to cross the Andersen bridge as before, however they will use the opposite side of the 105-year-old structure, removing the kink on the approach to turn 13.

“I expect the modifications from turns 11 to 13 will enable closer racing and the potential for additional passing opportunities,” said Jonathan Giesecke of Faithful+Gould, who is in charge of the alterations.

This will be the third alteration to the Marina Bay circuit since it held the first Singapore Grand Prix in 2008. Turn 13 has already been revised once before, for the second race in 2009, when turn 14 and the pit lane entrance and exit also had minor modification.

More drastic changes followed in 2013, when the turn ten chicane was replaced with a left-hand bend.