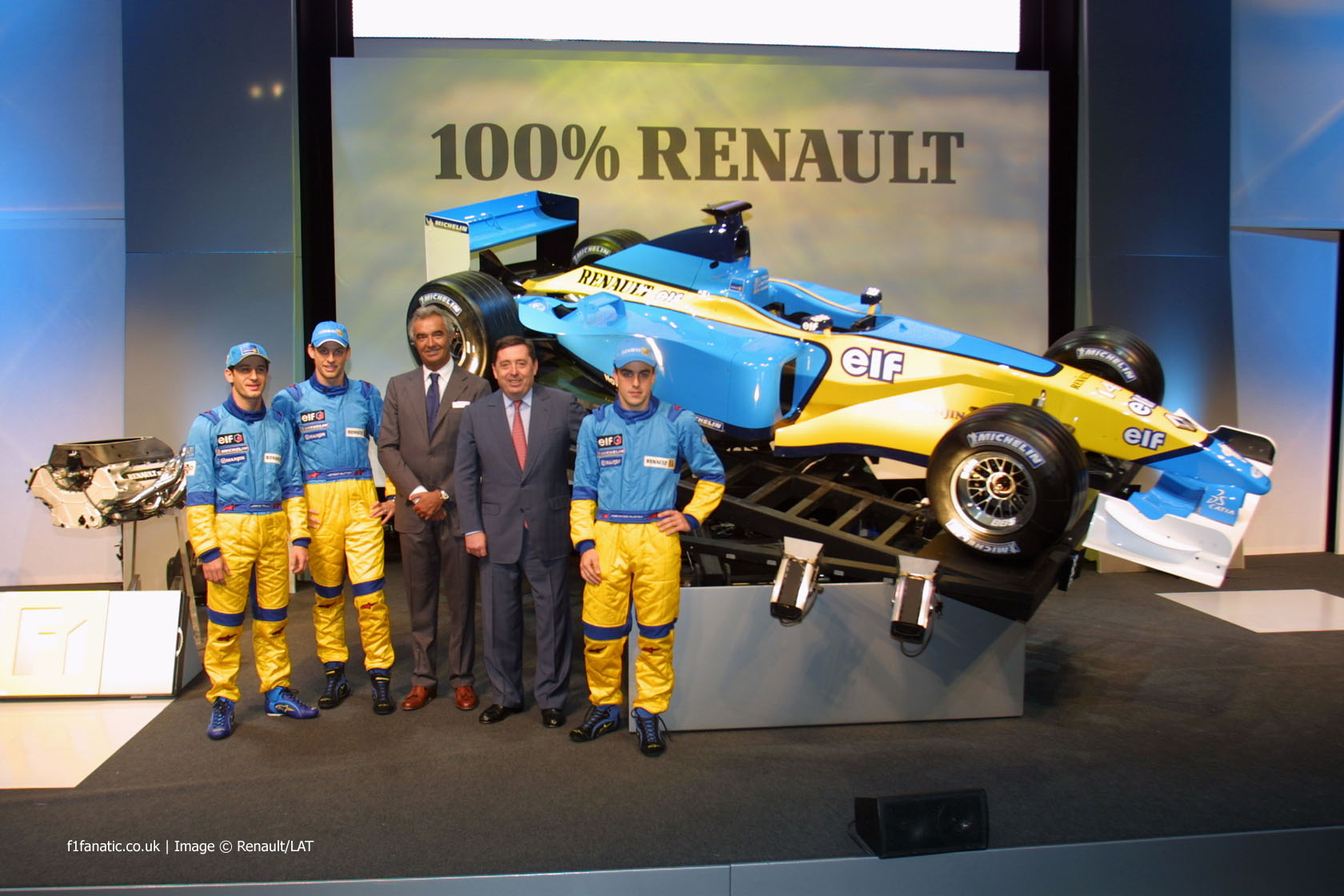 Formula One was a minority sport in Spain when Fernando Alonso was born in July 1981.

Eight days before his birthday the unloved Jarama track held its last grand prix – a memorable race in which Gilles Villeneuve scored his final win for Ferrari.

Alonso would eventually follow in Villeneuve’s footsteps and drive for the Scuderia – and unlikely prospect for a youngster from a country where F1 was greeted with indifference at best.

But Jose Luis Alonso had been bitten by the karting bug, and his son first was just three years old when he first got behind the wheel of a go-kart.

The only Spanish driver ever to stand on the podium at a world championship event had been Alfonso de Portago, who shared second place at Silverstone with Peter Collins in 1956. Alonso had taken the first steps towards matching that achievement – and outstripping it.

By 1993 Alonso, now 11, had begun to attract the attention of sponsors to support his increasingly hard-pressed family. That allowed him to take his fledgling career to the big time. A triple crown in the Spanish Junior Championships followed, and by 1996 Alonso was the benchmark for others to test themselves against.

That season saw others outside Spain sit up and take notice when Alonso took not only his fourth consecutive Spanish crown but the world championship as well, a feat he mirrored with the Spanish and Italian titles a season later when he moved up to the senior Intercontinental-A category (now KF2).

Alonso showed his class with a dominant performance at a gruelling Intercontinental-A European Championship event at Genk in Belgium in 1997. From a field of 162 runners he won every one of his eight heats.

Grip levels on the hot track ramped up rapidly due to the fact it was in near-constant use, but Alonso continued to control proceedings with another win in the pre-final. Here he is in the unfamiliar combination of a white and blue helmet in kart number 82:

However four laps into the final he made his first mistake of the weekend. Alonso dropped a wheel off the track, spun at speed and went up onto two wheels. Fortunately his kart landed the right way up but he was unable to resume. Victory went to Italian rival Alessandro Balzan:

Alonso was runner-up in the 1998 world championship and claimed the Spanish title again. Then former F1 driver-turned Formula 3000 team boss Adrian Campos to give the youngster a trial run at the Albacete circuit in Spain.

He acquitted himself excellently, proving promising enough for Campos to risk entering him for the 1999 Euro Open Movistar by Nissan championship. This championship was eventually taken over by Renault and now exists as Formula Renault 3.5, the series Kevin Magnussen won last year.

Six victories, including a double at Donington Park in front of watching F1 personalities, netted him the title. He clinched the crown at Valencia, passing Manuel Gaio early in the race then getting ahead of Tomas Scheckter (son of Villeneuve’s former team mate and 1979 world champion Jody Scheckter) thanks to the mid-race pit stops.

Here’s Alonso winning the championship at Valencia driving the number two car and now using the same helmet design he had when he arrived in F1 two years later:

That triumph earned him a test for Minardi, who Campos had raced for in Formula One. Alonso impressed the team’s sporting director Cesare Fiorio, who had previously worked for Alonso’s future employer Ferrari.

“The first thing I did was to call [Minardi boss] Gabriele Rumi to draw up a ten-year contract for him before word got round F1 about Fernando and someone stole him from us,” said Campos.

But 2000 was to prove a difficult year. The language barrier with his mostly Belgian colleagues at Team Astromega only began to improve late in the season as Alonso developed his command of English.

There were flashes of potential early in the year. At Silverstone – driving a full-blooded racing car in the wet for the first time – he qualified sixth, only to be excluded after his car failed scrutineering when a pair of engine mounting studs were found to exceed the maximum allowed diameter by less than two-tenths of a millimetre.

More misfortune awaited him at the Nurburgring where he made a superb start from 20th on the grid, only to land on top of Ricardo Mauricio amid carnage at the first corner. Alonso is in the yellow Astromega number seven:

Alonso’s progress was swift: on his first visit to Monaco he set fastest lap on his way to eighth place. He was a battling second in Hungary, hounding race winner (and eventual champion) Bruno Junqueira to the flag.

His form had peaked just as the season reached its end. But he signed off with a superb breakthrough victory at Spa Francorchamps.

Up against a field of generally more experienced drivers in equal cars, on a real driver’s track where he had not raced before, the teenager dominated proceedings. Alonso took pole position, fastest lap and led every lap of the way.

After 30 laps he won by 15 seconds – and it could have been more. His fastest lap was over a second quicker than anyone else’s:

Just two years after graduating from karts, Alonso was already being courted by F1 teams. Ferrari, who he eventually joined ten years later, were interested, but they were not as invested in young driver development as they are today.

While they hesitated, Benetton team principal Flavio Briatore. “Ferrari told us to wait, but then Briatore walked through the door with a contract under his arm,” explained Campos. Managed by Briatore and very much on Minardi’s radar after the successful 1999 test, Alonso stepped up to F1 for 2001. Formula One still wasn’t being broadcast live in Spain, so his parents followed his progress on Italian network RAI.

He again showed great improvement throughout the season. Although Minardi were going to be in the hunt for points, by the end of the year Alonso was humbling other drivers with better equipment.

It was at another great driver’s track – Suzuka – that Alonso gave a startling demonstration of his capabilities at the end of the year. He brought his car home 11th ahead of Heinz-Harald Frentzen’s Prost, the BAR of Olivier Panis and both the Arrows drivers.

Briatore knew he had a star on his hands. In the days before in-season testing was banned Briatore decided Alonso’s time would be better spent testing for Renault throughout 2002 in preparation for a return to the top flight with them the following year.

It also meant no more participating in Minardi team principal Paul Stoddart’s PR exercises, such as this unusual staged ‘race’ for two-seater F1 cars at Donington Park. Alonso was surprised to find himself assaulted from behind by 1992 world champion Nigel Mansell at the last corner:

In 2003 Alonso moved into a Renault race seat alongside the experienced Jarno Trulli. At his second race for the team in Malaysia he qualified on pole position, the youngest driver ever to do so at the time. A new F1 star was born.