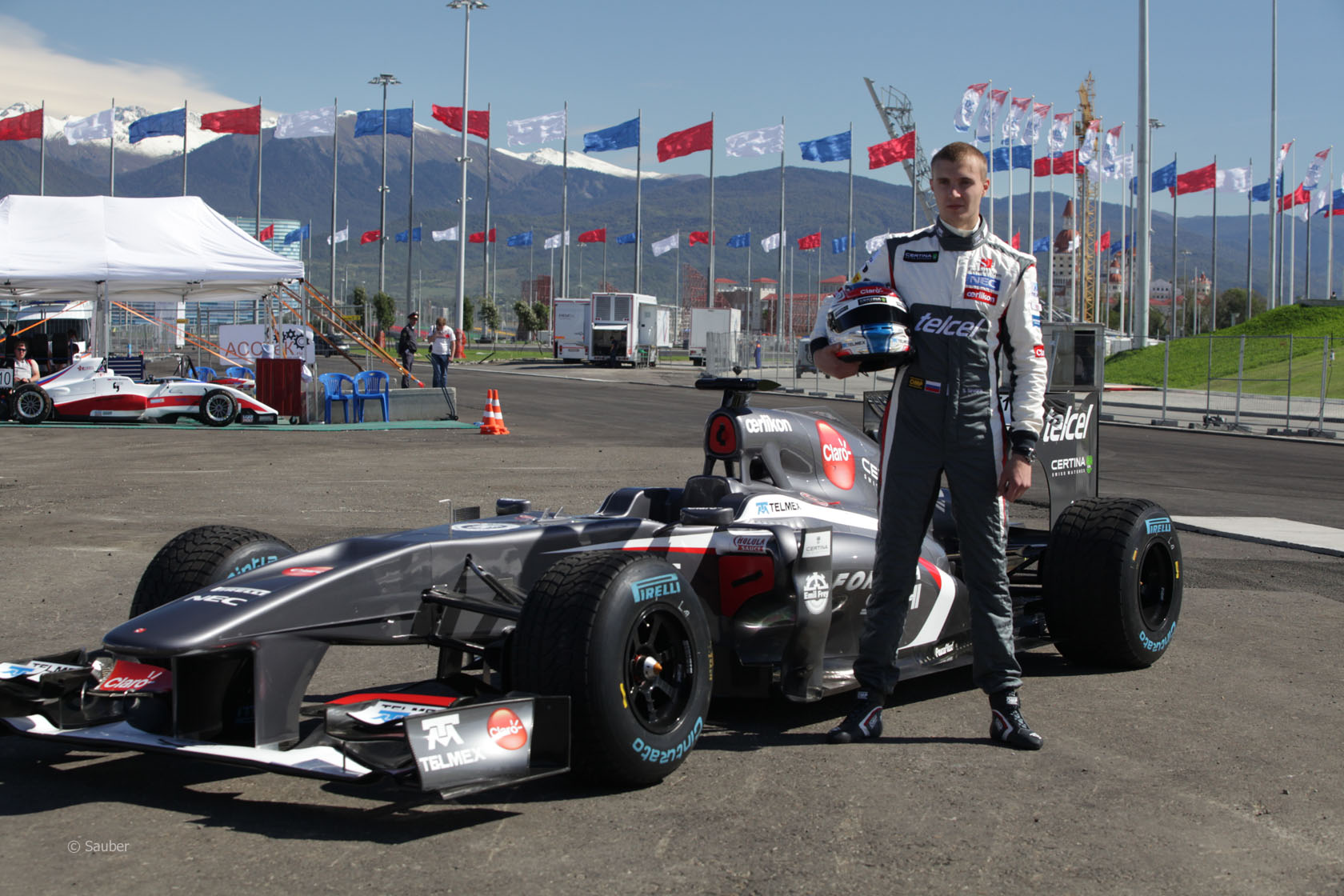 Sergey Sirotkin, who Sauber intend to add to their race team next year, has had his first run in an F1 car in Sochi.

Sirotkin participated in the Formula Sochi event at the site of the track which will hold Russia’s first Formula One race next year.

Sirotkin used a 700-metre stretch of the 5.5km track which has already been completed.

“These were my first metres in a Formula One car, which obviously is something very special, even though it was only a short part of the Sochi track,” said Sirotkin.

“Nevertheless I was able to gain a first impression, and this was awesome. It was fun to drive in front of such a big crowd, particularly because most of them were compatriots. Russia can be proud of this great track.”

Sauber team principal Monisha Kaltenborn said: “We are proud to be part of this historic event – a Russian driver drives a Formula One car for the first time at the track in Sochi.”

“The show run marks an important milestone in the lead up to the inaugural Russian Formula One Grand Prix, which our team is looking forward to.”

Marussia also participated in the event with Rodolfo Gonzalez driving.